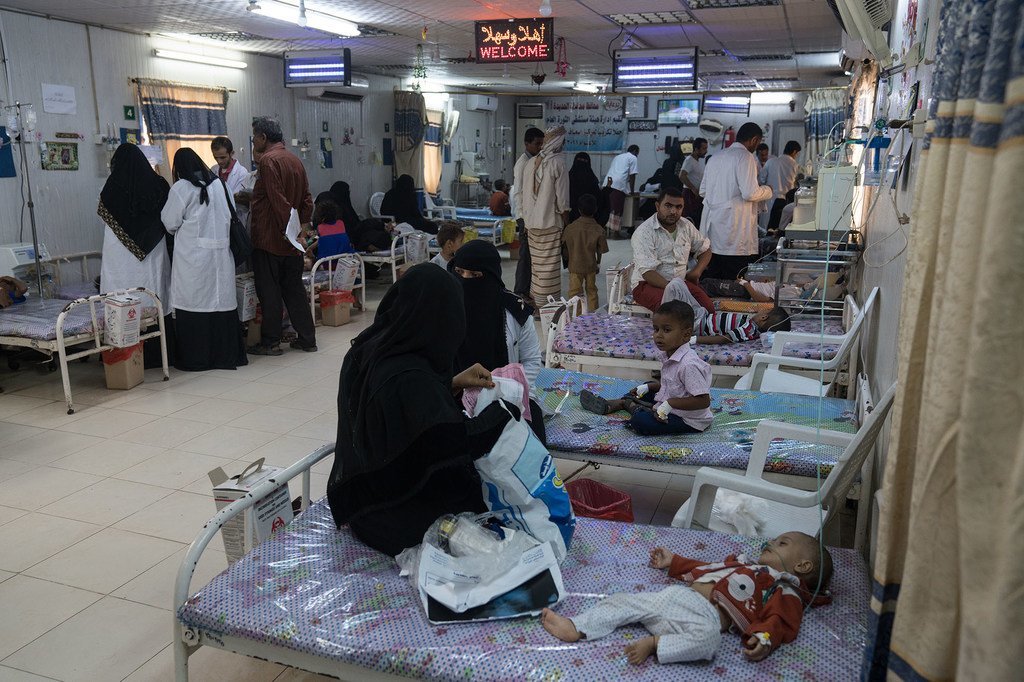 In a statement, Henrietta H. Fore, the Executive Director of UNICEF, said that children, in particular, “cannot afford” for Al Thawra hospital to be caught up in the fighting.

“Medical staff and patients in the hospital have confirmed hearing heavy bombing and gunfire. Access to and from the hospital, the only functioning one in the area, is now imperilled,” she said.

According to the UN agency, there are 59 children currently at the hospital, including some 25 under treatment at its intensive care unit.

“[We] call on all parties to cease hostilities near and around the hospital, and to ensure that civilians can safely access the hospital from all sides,” added Ms. Fore, urging them to abide by their obligations under international law to protect civilian infrastructure from harm.

Intense fighting … is now dangerously close to Al Thawra hospital – putting the lives of 59 children, including 25 in the ICU, at imminent risk of death – UNICEF chief Fore

The head of UNICEF went on to note that further escalation in fighting will jeopardize the agency’s efforts to deliver lifesaving assistance to many in dire need, including acutely malnourished children.

In addition, there are reports that fighting has intensified around Hudaydah port – the lifeline through which nearly 80 per cent of humanitarian aid, fuel and commercial goods flow into the war-torn country, she added

“The toll in lives could be catastrophic if the port is damaged, destroyed or blocked,”

About a third of the districts in the war-torn country are at a risk of famine and nearly half of the country’s children under the age of five suffer from chronic malnutrition. In addition, there has been a 44 per cent increase in children aged 6 to 59 months with severe acute malnutrition – the most extreme and visible form of undernutrition.

The country also represents the worst humanitarian and food-security crisis in the world, according to the UN World Food Programme (WFP).

“The situation in [Yemen] is currently categorized as a pre-famine,” the UN agency’s spokesperson Hervé Verhoosel, told reporters at a news briefing at the UN Office at Geneva (UNOG).

An assessment is underway to determine whether it fulfilled the criteria to amount to a “full-blown famine,” he added.

UNICEF/Abdulhaleem
The port of Hudaydah in war-torn Yemen is one of the few lifelines for humanitarian aid and fuel into the country.

In response to the crisis, UN agencies and humanitarian partners have been providing humanitarian aid and protection to populations across the nation.

The UN World Health Organization (WHO), has established some 51 therapeutic feeding centres in 17 governorates, 27 of them were opened this year to provide life-saving treatment for severely malnourished children with medical complications.

In addition, more than 22 million people – nearly 80 per cent of the Yemen’s pre-war population – remain dependent on humanitarian support.

“The magnitude of the problem requires a collective, collaborative and robust response that cannot be done alone,” said Tarik Jašareviæ, a spokesperson for the UN health agency. 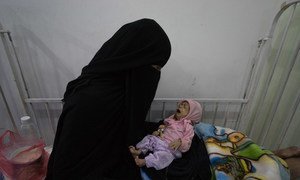 Some 30,000 children in Yemen die each year of malnutrition, Geert Cappelaere, UN Children’s Fund (UNICEF) Regional Director for the Middle East and North Africa told reporters on Sunday after visiting the country – calling it “a living hell for children.”