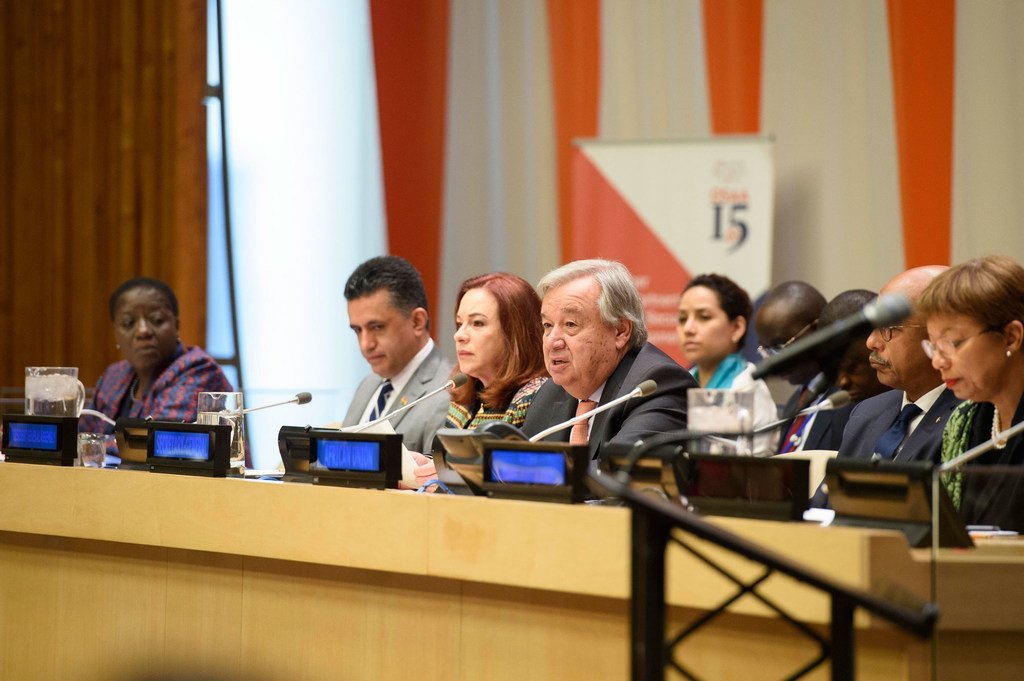 Africa is “on the move and on the rise” with communities coming together to resolve their problems and offer mutual support, United Nations Secretary-General António Guterres highlighted on Wednesday.

He urged everyone with a stake in Africa’s success to seize the new opportunities and work together with people on the continent for the common good.

However, alongside the progress and resilience, on the back of stability and improved governance, parts of Africa remain fragile with challenges to overcome, said Mr. Guterres, addressing the inaugural Africa Dialogue Series at the UN Headquarters, in New York.

The two-day series focuses on the nexus between peace, security, human rights, humanitarian and development in the continent. It replaces Africa Week, which was launched in 2010.

“The volatility of financial markets, the looming trade conflicts, and high levels of debt in some countries are causing concern over economies that may be vulnerable to shocks. The widening impacts of climate change will create additional strains in the years ahead,” he said.

“Inclusive, sustainable development in Africa is a goal unto itself.  It is also a leading tool to prevent conflict and crises,” added the UN chief.

On sustainable development, the Secretary-General noted the synergies between the UN 2030 Agenda for Sustainable Development and the AU’s Agenda 2063, and said that the policies and approaches two organizations “are more closely aligned [today] than ever before”.

Turning to the UN-AU partnership on peace and security, Mr. Guterres cited examples from the Central African Republic and South Sudan where UN is working closely with African-led initiatives.

“I will continue to advocate strongly for predictable, sustained and flexible financing for AU-led peace support operations authorized by the Security Council. These operations are contributing to global security and deserve multilateral support,” he said.

UNMIL/Shpend Berbatovci
A voter in Liberia casting his ballot for a president in the second round of vote on 26 December 2017.

Briefing on the theme of the dialogue and expected outcomes, Bience Gawanas, the UN Special Adviser on Africa, said that the Dialogue “bears testimony of the desire to engage with the UN to realize a prosperous and peaceful Africa.”

“Africa is changing […] and it is seeking to achieve peace, prosperity and socio-economic transformation,” she said, urging all actors to continue to work together in a coherent and coordinated response to the challenges.

Meanwhile, María Fernanda Espinosa, the President of the 73rd session of the General Assembly highlighted the central role of Africa in the multilateral system, highlighting the importance of stronger and more collaborative efforts between the AU and the UN.

Such efforts will strengthen multilateralism, she said.

Ms. Espinosa also noted the revitalization processes at the two institutions and expressed hope that the end result will allow them to “work together on behalf of all people.”

“Our focus remains the same as yours: to ensure that the UN is reflective of, and relevant to the needs of all people,” she said.

Speaking alongside Ms. Espinosa, Inga Rhonda King, the President of the Economic and Social Council underlined the importance of synergies between UN’s 2030 Agenda and Agenda 2063 of the AU.

“The Economic and Social Council has an important role to play in sustaining peace and promoting sustainable development in Africa,” she said, noting the body’s collaboration with other entities of the UN system and beyond, to develop solutions to development and humanitarian challenges in the continent.

UNMISS Photo
A UN integrated patrol at a protection of civilians site in Bentiu, South Sudan. After widespread violence across the country in July 2016, such patrols helped local communities feel more secure.

Also speaking at the Dialogue, Sacha Sergio Llorenty, the Permanent Representative of Bolivia and the President of the Security Council for the month of October, spoke of the link between peace, security and development.

He highlighted the importance of women and young people in peace and development efforts in Africa and called for political support at the highest level to ensure their meaning participation.

He also said that partnerships are critical to overcome challenges in the continent, as illustrated by the G5 Sahel Joint Task Force and the UN-AU Mission in Darfur (UNAMID). 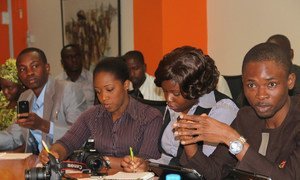