Highlighting the challenges migratory birds face in their epic journeys, senior United Nations officials have called on the global community to join forces and “unify voices for bird conservation.”

In a message marking the World Migratory Bird Day, Secretary-General António Guterres said that migratory birds are symbols of peace and of an interconnected planet.

“[They] connect people, ecosystems and nations … Their epic journeys inspire people of all ages, across the globe,” he stated.

The Day is an opportunity to celebrate the great natural wonder of bird migration – but also a reminder that those patterns, and ecosystems worldwide, are threatened by climate change, added Mr. Guterres.

In his message, the UN chief called on governments and people everywhere to take concerted “conservation action that will help to ensure the birds’ survival – and our own.”

Initiated in 2006, the World Day is celebrated every second Saturday of May and October – coinciding with with the summer-winter cycle of migration – with hundreds of events around the globe to highlight the need for international cooperation to conserve migratory birds and their habitats for the benefit of mankind.

This year, the campaign is being jointly run, for the first time, between Environment for the Americas, and the Convention on the Conservation of Migratory Species of Wild Animals (CMS) and the African-Eurasian Migratory Waterbird Agreement (AEWA), two intergovernmental wildlife treaties administered by UN Environment Programme (UNEP).

And as though the obstacles that nature throws in their way were not enough, mankind is doing its best to make life even more difficult for migratory birds – CMS head Bradnee Chambers

“By joining forces, we have these united three organizations committed to conserving the planet’s migratory birds,” Bradnee Chambers, the Executive Secretary of CMS, said in a message.

“[We] have chosen to unify our voices for bird conservation because of the very real threats these animals face in their struggle to survive. And as though the obstacles that nature throws in their way were not enough, mankind is doing its best to make life even more difficult for migratory birds.”

In a separate message, Jacques Trouvilliez, the Executive Secretary of AEWA, stressed that “birds need us more than ever.”

He highlighted the threats the birds face, ranging from destruction of their habitats to poaching, pollution and climate change, and called for cooperation and coordination between States and conservation actors along the migratory pathways.

“The danger is increased when these birds are migrating, flying over seas, mountains and deserts, undertaking journeys they may never complete. Their survival depends on our commitment,” said Mr. Trouvilliez. 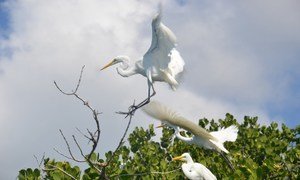 Protecting mangroves, tropical rainforests and other biodiversity hotspots, the United Nations Educational, Scientific and Cultural Organization (UNESCO) bumped up its World Network of Biosphere Reserves by 24 new sites on Wednesday, which means that 686 unique natural sites in total are being preserved globally. 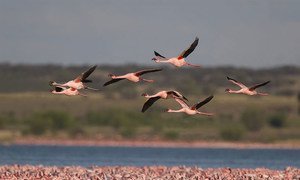 Save our planet by protecting migratory birds and their ‘epic journeys,’ urges UN chief

As they make their global journeys, migratory birds not only set birdwatchers’ binoculars agog, they also help the planet maintain its essential ecological balance.