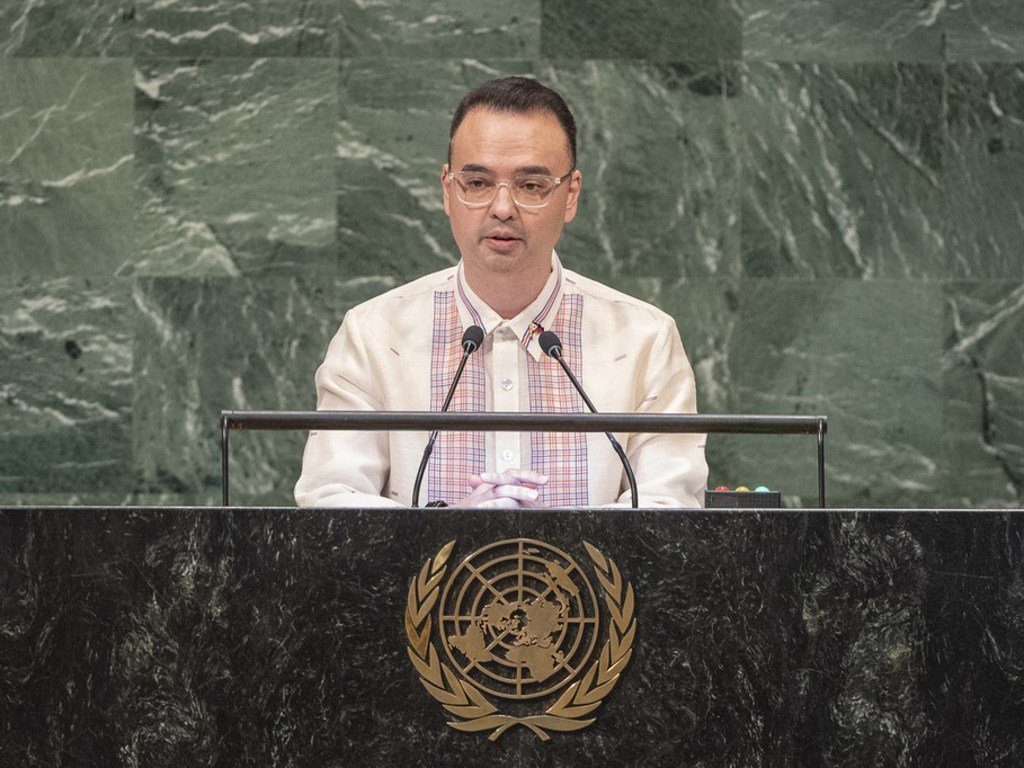 The Philippines, under the leadership of President Rodrigo Duterte, is on track to reverse its decline towards becoming a “Narco State”, or one that is being “held hostage” by the rich and powerful, said its Foreign Affairs minister at the United Nations General Assembly’s annual debate on Saturday.

Alan Cayetano, said his country was “at one with the UN, in being uncompromising on the issues of rule-of-law” and the protection of “each and every human being’s rights”.

“We are on track in salvaging our deteriorating country from becoming a Narco-State, or a State held hostage by the rich and powerful who ignore the plight of the poor, powerless, and marginalized – or both,” he declared.

He said the Government was also prioritizing economic development, “so that 10 million Filipinos abroad may choose to work at home and abroad, and not be forced by poverty, to find high paying jobs at the expense of leaving the country and separating from their families.”

The Foreign Affairs Minister praised the principle of “love thy neighbour” which he said underpinned the UN-convened Global Compact for Migration: “Issues on migration cannot be swept under the rug, but should be discussed openly, frankly and thoroughly”, he said, thanking “migrants around the world, for inspiring us to have the first, inter-governmentally negotiated compact to cover holistically, and comprehensively, all dimensions of international migration.”

Mr. Cayetano praised the UN’s enduring value as the place “to resurrect our hopes and dreams of a better world”.

“Making the United Nations relevant to all, is a dream, yet it is a dream worth fighting for,” he said.