UN News
UN experts said the $290 million jury award to a terminally-ill American on 10 August, 2018, who claimed his cancer was caused by a Monsanto manufactured weed killer, was a significant recognition of victims human rights.
15 August 2018
Health

The court decision to award nearly $290 million to a terminally-ill man from the United States who claimed his cancer was caused by a herbicide in a commercial weed killer, has been welcomed by two United Nations human rights experts as a “significant recognition” of the responsibilities that chemical companies have to consumers. 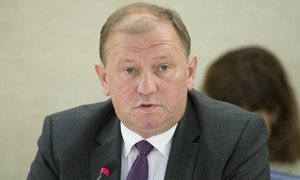 A court in California on Friday ruled that chemical giant Monsanto should compensate Dewayne Johnson, a school groundskeeper, after a jury found the company did not place a warning label on its weed killers, stating that their widespread use could cause terminal cancer.

Mr. Johnson, 46, had regularly used Monsanto products RoundUp and Ranger Pro in his work, according to media reports. He was diagnosed with non-Hodgkins lymphoma four years ago and doctors do not expect him to live beyond 2020.

“The ruling recognises the potential causal relations between cancer and Monsanto’s glyphosate-based weedkillers, including RoundUp, and the company’s negligence by failing to inform users of cancer risks,” the independent UN experts said in a statement issued on Wednesday.

“This decision is a significant recognition of the human rights of victims, and the responsibilities of chemical companies.”

They said the court’s decision reflects a 2015 assessment that glyphosate, a herbicide, was classified by the World Health Organization (WHO) as “probably carcinogenic to humans”. 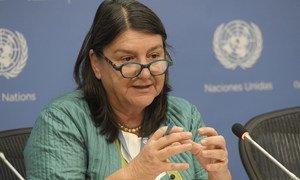 It showed that “internal company documents” demonstrated that Monsanto had known for decades that glyphosate, and specifically, Roundup, could cause cancer. The company has appealed the ruling.

“We regret that the ruling came too late as Mr. Johnson is suffering from terminal cancer. No monetary compensation is adequate for his life,” the statement continued.

“We express our deepest condolences for his pain and suffering and praise his courage and unwavering will to fight for his rights.”