US pardons Blackwater guards: An ‘affront to justice’ – UN experts

The four Blackwater Worldwide contractors were prosecuted and found guilty of multiple criminal acts committed during a 2007 massacre at Nisour Square in Baghdad, which left 14 unarmed civilians dead and at least 17 wounded
“Pardoning the Blackwater contractors is an affront to justice and to the victims of the Nisour Square massacre and their families,” said Jelena Aparac, Chair-Rapporteur of the Working Group on the use of mercenaries.

#Blackwater: The pardons granted to four convicted private security contractors for war crimes in #Iraq violate #US obligations under international law, UN experts say. They call on all States parties to the Geneva Conventions to condemn the pardons 👉 https://t.co/N37RIKLkO5 pic.twitter.com/Kh771RZQDN

The Geneva Conventions “oblige States to hold war criminals accountable” even when acting “as private security contractors”, the UN experts said, reminding that the men were legally tried and convicted for the crimes.

In 2015 the US courts found Nicholas Slatten guilty of first-degree murder, while Paul Slough, Evan Liberty and Dustin Heard were convicted of voluntary and attempted manslaughter.

“These pardons violate US obligations under international law and more broadly undermine humanitarian law and human rights at a global level”, stressed Ms. Aparac on behalf of the group.

“Ensuring accountability for such crimes is fundamental to humanity and to the community of nations,” she added.

The UN experts upheld that pardons, amnesties, or any other forms of exculpation for war crimes “open doors to future abuses” when States contract private military and security companies for inherent State functions.

♦ Receive daily updates directly in your inbox - Subscribe here to a topic.
♦ Download the UN News app for your iOS or Android devices.
United States|Iraq|Special Rapporteurs 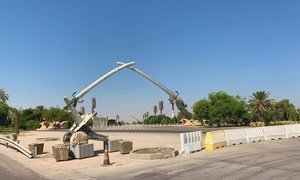 The UN human rights office OHCHR, has voiced deep concern over the decision by United States President Donald Trump to grant pardons to four security guards who were tried and convicted for the killing of 14 Iraqi civilians in Baghdad, in 2007. 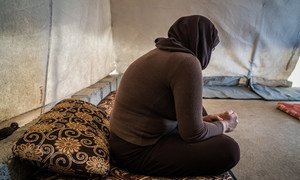 A pattern of enforced disappearance – and impunity for such acts - persists in Iraq, according to a report published on Friday by the UN Committee charged with monitoring how well the country upholds its international obligations in dealing with the issue.