MONUSCO/Alain Likota
United Nations work with local communities in Kavumu, Democratic Republic of the Congo (DRC) to sensitize the population on prevention of sexual exploitation and abuse.
30 July 2018
Human Rights

The United Nations received 70 new allegations of sexual exploitation and abuse across all its entities and implementing partners, between the beginning of April to the end of June this year, UN Deputy Spokesperson, Farhan Haq, announced on Monday, with 18 cases involving peacekeeping operations, and 25 from “agencies, funds and programmes.”

“Please note that not all the allegations have been fully verified and many are in the preliminary assessment phase,” he explained to journalists at UN Headquarters in New York, before announcing the breakdown of the 70 allegations.

A total of 43 allegations involve UN personnel; 24 relate to nn-UN personnel working for implementing partners; and three others relate to non-UN international forces, which have been authorised by a Security Council mandate.

The vast majority, 46, are categorized as sexual exploitation, defined as “any actual or attempted abuse of a position of vulnerability, differential power, or trust, for sexual purposes, including, but not limited to, profiting monetarily, socially or politically from the sexual exploitation of another”.

Another 18 are categorized as sexual abuse, defined as “the actual or threatened physical intrusion of a sexual nature, whether by force or under unequal or coercive conditions”. Another six were classified as “other” or of an unknown nature.

Women and girls suffer the most from this scourge, according to the figures presented by Mr. Haq. Out of a total of 84 reported victims, 46 are women, 17 are girls (under the age of 18), and 12 are females whose age is unknown. In addition, one boy (under the age of 18) and five males of an unknown age are also among the victims.

Out of 88 alleged perpetrators, all but eight are men, with four women and four individuals whose gender is unknown.

“We have continued our efforts to implement the Secretary-General’s strategy to combat sexual exploitation and abuse,” said Mr. Haq. Regarding the UN’s commitment to end impunity, he explained that in June, the UN launched “an electronic tool for screening UN staff dismissed as a result of substantiated allegations of sexual exploitation and abuse, or who resigned or were separated during an investigation”. 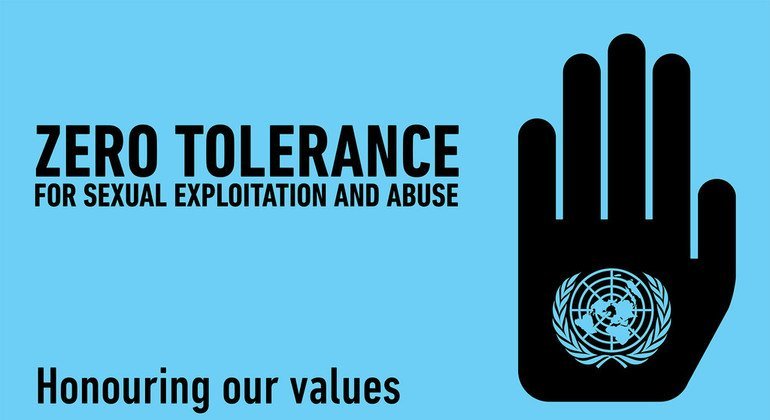 ♦ Receive daily updates directly in your inbox - Subscribe here to a topic.
♦ Download the UN News app for your iOS or Android devices.
allegations of sexual exploitation|peacekeeping