Jamie McGoldrick, who has stepped down as the UN's top humanitarian official in Yemen, reflects on his tenure in the war-torn country and the challenges for relief workers in an increasingly complex crisis.

This year’s UN Response Plan for Yemen, describes the war-torn country as “the worst man-made humanitarian crisis” in the world, with more than 22 million people – around three-quarters of the total population – in need of help.

Over the past few years, it’s the voice of Humanitarian Coordinator Jamie McGoldrick, that has been drawing the world’s attention the most loudly, and the most often, to Yemen’s plight.

He had extensive experience as a senior manager with the UN humanitarian affairs office (OCHA), before arriving in Yemen, in December 2015, and for our latest UN News interview podcast, he explains why he’s just stepped down from the job, and what it has been like to oversee one of the most difficult and challenging aid operations in the world.

AUDIO: Jamie McGoldrick, Humanitarian Coordinator for Yemen, speaks to UN News about why he stepped down from the job, and what it has been like to oversee one of the most challenging aid operations in the world.
♦ Receive daily updates directly in your inbox - Subscribe here to a topic.
♦ Download the UN News app for your iOS or Android devices.
Yemen 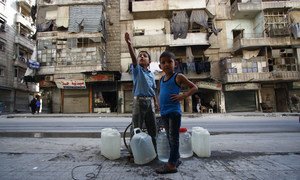 Children are the most vulnerable when conflict or disaster causes the collapse of essential services such as healthcare and unless the international community takes urgent action to protect and provide life-saving assistance to them, “they face an increasingly bleak future,” the United Nations Children's Fund (UNICEF) warned Tuesday, launching a $3.6 billion emergency appeal. 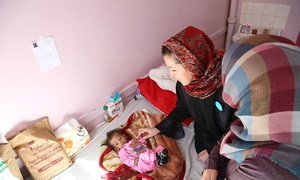