Meridith Kohut/IRIN
Shoppers wait in line for five hours to buy a ration of bread from a small bakery in Cumaná, Venezuela.

Amid growing food insecurity and rising malnutrition among children on the back of a protracted economic crisis in Venezuela, the United Nations Children’s Fund (UNICEF) on Friday called on all actors for rapid and coordinated assistance efforts to reach those most in need.

“While precise figures are unavailable because of very limited official health or nutrition data, there are clear signs that the crisis is limiting children’s access to quality health services, medicines and food,” said the UN agency in a news release, Friday, underlining the severity of the situation.

According to UNICEF, national reports in 2009 (the most recent official figures) showed that the prevalence of wasting (low weight to height ratio) in children under five was, at the time, 3.2 per cent.

However, more recent non-official studies indicate “significantly higher rates” of as much as 15.5 per cent, and an additional 20 per cent of children at risk of malnutrition.

Similarly, the State of Food Security and Nutrition in the World 2017 (a comprehensive report on the subject prepared by a number of UN agencies) suggested that undernourishment – a measure of hunger indicating the proportion of population with inadequate energy consumption – in Venezuela rose from 10.5 per cent in 2004-2006 to 13 per cent in 2014-2016.

In response, the Venezuelan Government has implemented measures to mitigate the impact of the crisis on the country’s children, including providing regular food packages at affordable prices to the most vulnerable families, cash transfers, and strengthening of nutritional and recuperation services.

“But more needs to be done to reverse the worrisome decline in children's nutritional wellbeing,” said UNICEF, calling for the rapid implementation of a short-term response to counter malnutrition, based on disaggregated data and coordinated between the Government and partners.

On its part, the UN agency is working with the Ministry of Health, National Institute of Nutrition and the civil society to strengthen and expand nutritional surveillance at the community level and provide nutritional recuperation services through partners organizations.

The efforts are being implemented through activities such as nutrition screening days aiming to reach over 113,000 children, provision of supplementary and therapeutic foods when required, training programmes and communication campaigns, added UNICEF.

Venezuela has been mired in a socio-economic and political crisis since 2012 and has witnessed rising consumer prices even as the overall economy has contracted. 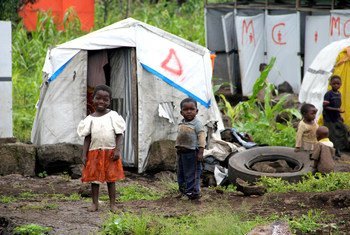