WFP/Petterik Wiggers
In Somaliland and Puntland, close to two million people are affected by the drought amid the El Niño phenomenon. (File)

12 September 2017
A new United Nations report warns that a third of the planet’s land is now severely degraded thanks to a doubling in the consumption of natural resources over the past 30 years.

Some 15 billion trees and 24 billion tonnes of fertile soil are lost each year, according to the Global Land Outlook (GLO), launched today by the secretariat of the UN Convention to Combat Desertification (UNCCD), at the meeting of States parties taking place in Ordos, China.

The GLO takes a critical look at financial and socio-economic values of land, and its impact on the poor. It marks the first in-depth analysis of land functions viewed from multiple lenses such economic growth and global trade patterns, highlighting the inextricable links between land, these sectors, and the people that can work to save it.

“Smallholder farmers, women and indigenous communities are the most vulnerable, given their reliance on land-based resources, compounded by their exclusion from wider infrastructure and economic development,” stated a news release issued by UNCCD.

Monique Barbut, the Executive Secretary of the UNCCD, said at the launch that land degradation and drought are global challenges and intimately linked to most, if not all aspects of human security and well-being, particularly food security, employment and migration.

Hundreds of millions of people go to bed desperate, hungry and thirsty as a result. Under business-as-usual scenarios, there is no future relief. Monique Barbut

“As the ready supply of healthy and productive land dries up and the population grows, competition is intensifying, for land within countries and globally,” she pointed out.

In an effort to slow land degradation and maintain productive soil, over 110 countries have joined a global campaign to achieve the Sustainable Development Goal target of reaching land degradation neutrality by 2030 a national target for action.

Brazil, China, India, Nigeria, Russia and South Africa are among those that have committed to the national targets during the meeting in Ordos, a significant move for some of the world’s largest and most populous nations that could mean regaining resources, job security and resilience to climate change.

Ms. Barbut noted that with the human population growing an extra 200,000 people daily, and 20 countries declaring drought emergencies over the last 18 months, there are unforeseeable challenges.

“We were clearly not sufficiently prepared for these challenges,” she said. “Hundreds of millions of people go to bed desperate, hungry and thirsty as a result. Under business-as-usual scenarios, there is no future relief.” 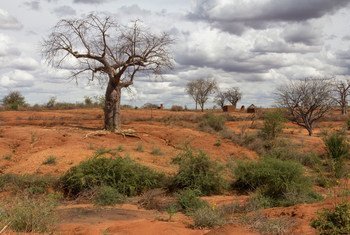 6 September 2017
The head of the United Nations body tasked with addressing desertification today stressed the importance of financing for national commitments to combat land degradation, as a global summit on the issue got underway in China.