UNHCR/Benjamin Loyseau
More than a quarter of a million Burundians have fled to neighbouring countries since April 25, 2015, most of them to Tanzania. Nduta refugee camp is located in north-western Tanzania and can barely provide shelter, latrines and showers to every refugee.
5 September 2017

Having concluded that serious human rights violations, including executions and sexual violence, are continuing in Burundi with impunity, a United Nations-appointed expert panel will ask the International Criminal Court (ICC) to open an investigation into possible crimes against humanity.

“We were struck by the scale and the brutality of the violations,” said Fatsah Ouguergouz, President of the Commission of Inquiry, in a press report published Monday.

According to the Commission's report, crimes such as extrajudicial executions, arbitrary arrests and detention, torture, sexual violence, cruel, inhuman or degrading treatment and enforced disappearances have been committed – and continue unabated.

“We also noted a lack of will on the part of the Burundian authorities to fight against impunity and guarantee the independence of the judiciary,” continued Mr. Ouguergouz. “As a result, there is a strong likelihood that the perpetrators of these crimes will remain unpunished.”

In view of the impunity protecting the perpetrators, the Commission said that it is asking the ICC to open an investigation into the crimes as soon as possible. It is also asking the African Union to retake the initiative to find a lasting solution, based on respect for human rights, to the crisis in Burundi and to remain actively involved.

Among the alleged perpetrators, the Commission mentions members, including high-level officials, of the National Intelligence Services and the national police force, military officials, and Imbonerakure – the youth league of the ruling party.

Victims have been threatened, even in exile. This meant that the Commission had to be extremely careful to ensure that their testimonies could not be used to endanger them.

The conclusions presented by the three Commissioners are the result of several months of investigations and interviews with more than 500 witnesses, including many Burundians living abroad as refugees and others who remain in in the country, often risking their lives.

“There is a climate of pervasive fear in Burundi. Victims have been threatened, even in exile. This meant that the Commission had to be extremely careful to ensure that their testimonies could not be used to endanger them,” said Françoise Hampson, one of the three members of the Commission.

These accounts, whether from victims, their families or witnesses, were rigorously checked and corroborated. They show that serious human rights violations are ongoing.

The Burundian authorities rejected the Commission's repeated attempts to establish a dialogue and to request information from the government, and did not allow its members to go to Burundi.

“We deeply regret the Burundian Government's lack of cooperation, which, among other things, made it difficult for us to document human rights abuses committed by armed opposition groups. This is all the more regrettable given that Burundi, as a member of the Human Rights Council, has an obligation to cooperate with mechanisms set up by the Council,” said Reine Alapini Gansou, a member of the Commission.

The Commission is asking the Burundian authorities to immediately put a stop to serious human rights violations by state agents and Imbonerakure, over whom the State exercises control. 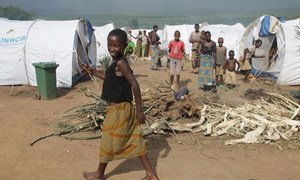 Ahead of next month's presentation to the United Nations Human Rights Council, an independent panel today said that the human rights situation in Burundi has not improved.