UN Mission in Colombia
UN observers removing the last of more than 8,112 guns carried by the FARC-EP.
16 August 2017

More than 8,000 weapons and over one million burned cartridges were transported to a central warehouse in Colombia as the United Nations political mission in the country concluded the process of the laying down of individual weapons of the Revolutionary Armed Forces of Colombia (FARC-EP) combatants.

“To date, August 15, [the UN] concluded the process of extracting all the armament and scrap ammunition in the 26 camps of the FARC-EP, as well as the collected from the arms caches until now,” began Jean Arnault, Special Representative of the Secretary-General and Head of the UN Mission in Colombia in a press statement.

“In addition to the operation that is being carried out in Pondores, extraction operations are currently underway in four areas: La Reforma, Yari, La Guajira and La Variante. The material transported in the containers consists of 8,112 guns and almost 1,300,0000 incinerated cartridges,” he added.

All unstable material found in the 26 camps, including anti-personnel mines, grenades, homemade explosives and gunpowder was also destroyed.

Turning to arms caches operations, he said “to date there is information about 873 of which 510 arms caches have been successfully executed.”

The mission head stressed the importance of this process and what it means for the future of Colombia. 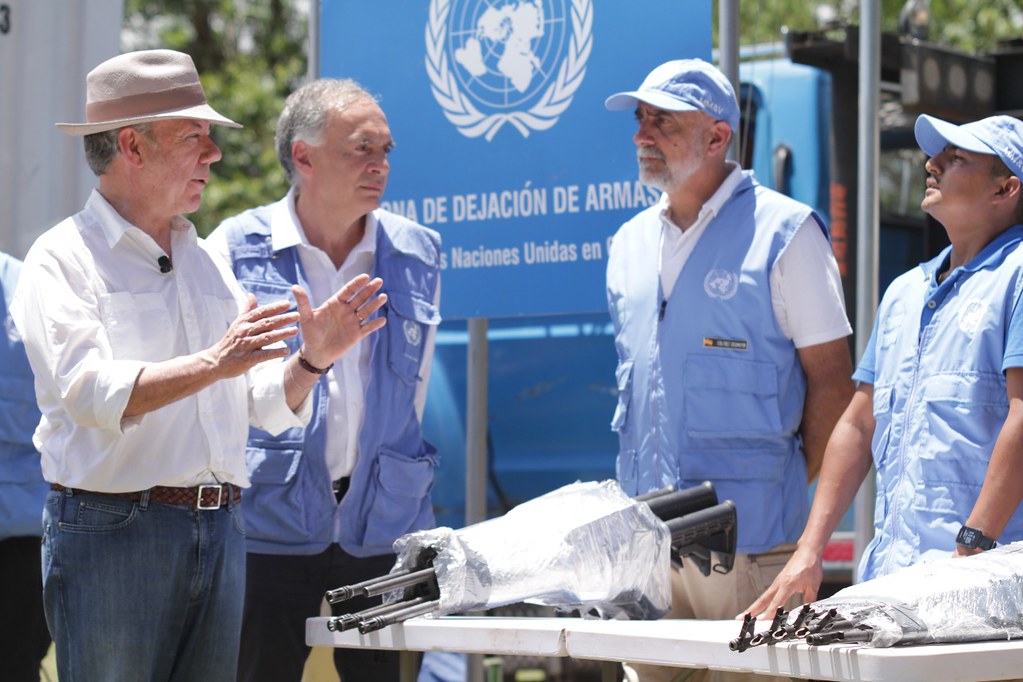 UN observers conclude the removal of the last of more than 8,112 guns carried by the FARC-EP. Photos: UN Mission in Colombia

According to a unanimously adopted resolution, on 26 September the UN Verification Mission in Colombia will replace the current mission.