Isaac Billy
David Shearer Special Representative of the Secretary-General and Head of the UN Mission in South Sudan (UNMISS) in Juba at the arrival of the UN-mandated regional force in the country. UN
8 August 2017

The phased deployment in South Sudan of the United Nations-authorized regional protection force has begun, freeing existing peacekeepers to extend their presence to conflict-affected areas beyond the capital, Juba.

“Having additional troops means we can carry out more tasks related to our mandate, to protect civilians and build durable peace,” the Secretary General's Special Representative and the head of UN Mission in South Sudan (UNMISS), David Shearer, told a news conference today in Juba.

Despite the August 2015 peace agreement, South Sudan slipped back into conflict due to renewed clashes between rival forces – the Sudan People's Liberation Army (SPLA) loyal to President Salva Kiir and the SPLA in Opposition backing former First Vice-President Riek Machar.

The deployment of the 4,000-strong regional protection force was authorized by the UN Security Council in its Resolution 2304 (2016). UNMISS says the force will provide protection to key facilities in the nation's capital, Juba, and the main routes into and out of the city. It will also strengthen the security of UN protection of civilians' sites and other UN premises.

Mr. Shearer said the arrival of the first company of Rwandan soldiers, in addition to a Nepalese High Readiness company and more than 100 Bangladeshi engineers already in the mission area, marks the beginning of the phased deployment of the regional protection force.

This will allow the existing UNMISS troops based in Juba, to be reassigned to different locations across the world's youngest country to protect civilians, support humanitarian assistance, and monitor and report on human rights abuses.

“For example, it would enable us to put more patrols along insecure roads where there have been attacks on civilian convoys – such as the Juba-Nimule and Juba-Bor roads,” Mr. Shearer said.

He went on to explain that the Juba-based regional protection force comes under the command of UNMISS.

“While it is separate in a sense of its mandate and its delivery here, it remains under one command which is the UNMISS Command, so it will be commanded by a brigadier general, but ultimately it comes under the force commander who ultimately comes under me, so it is part of UNMISS, it is not a separate stand alone,” he said. 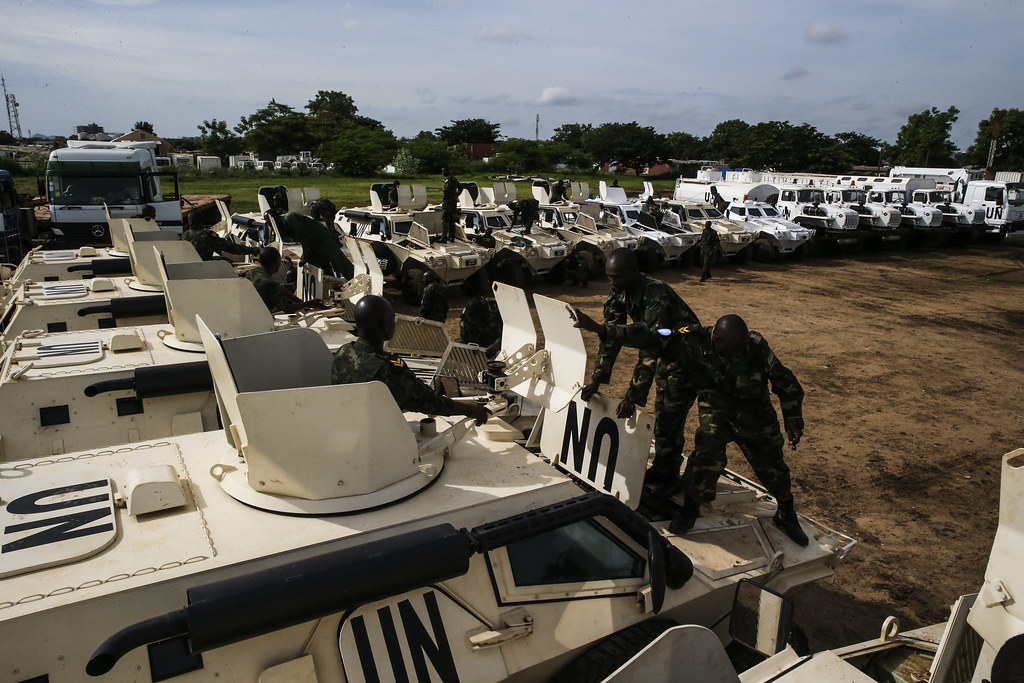 Disturbed by the escalation of violence and subsequent suffering of civilians in South Sudan as a result of the recent government offensive, the United Nations today urged the Government and other warring parties to cease hostilities, uphold their responsibility to protect civilians.