The World Heritage Committee wrapped its 41st session today having inscribed 21 new sites on the United Nations cultural wing’s World Heritage List – locations ranging from the site of iconic ancient ruins in south-western Turkey to a district of stunning mountains and mirror lakes in England.

The World Heritage Committee wrapped its 41st session today having inscribed 21 new sites on the United Nations cultural wing’s World Heritage List – locations ranging from the site of iconic ancient ruins in south-western Turkey to a district of stunning mountains and mirror lakes in England.

Meeting in Krakow, Poland, from 2 to 12 July, the Committee completed the addition of 18 cultural and three natural significant sites to the List. The planet is now home to 1,073 such sites, most of them in the European region.

The Committee approved new sites in all the worlds regions. 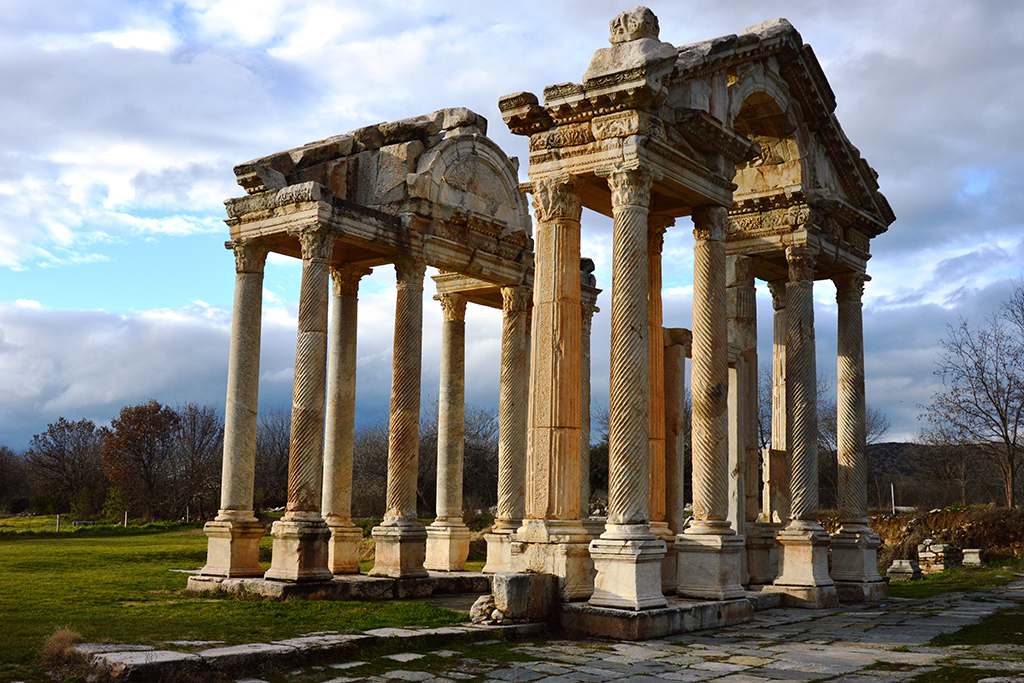 Aphrodisias, Turkey. The temple of Aphrodite dates from the 3rd century BC and the city was built one century later. The wealth of Aphrodisias came from the marble quarries and the art produced by its sculptors. Photo: UNESCO/ Aphrodisias Museum 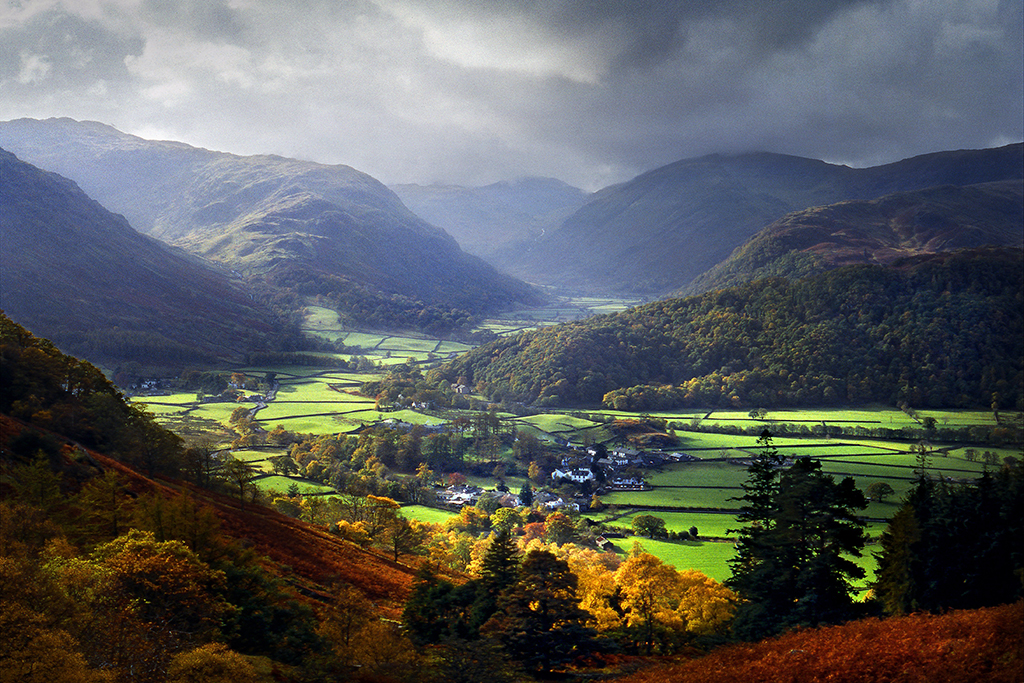 The English Lake District, United Kingdom. Located in northwest England, the English Lake District is a mountainous area, whose valleys have been modelled by glaciers in the Ice Age and subsequently shaped by an agro-pastoral land-use system characterized by fields enclosed by walls. The combined work of nature and human activity has produced a harmonious landscape in which the mountains are mirrored in the lakes. Photo: UNESCO/ Nick Bodle 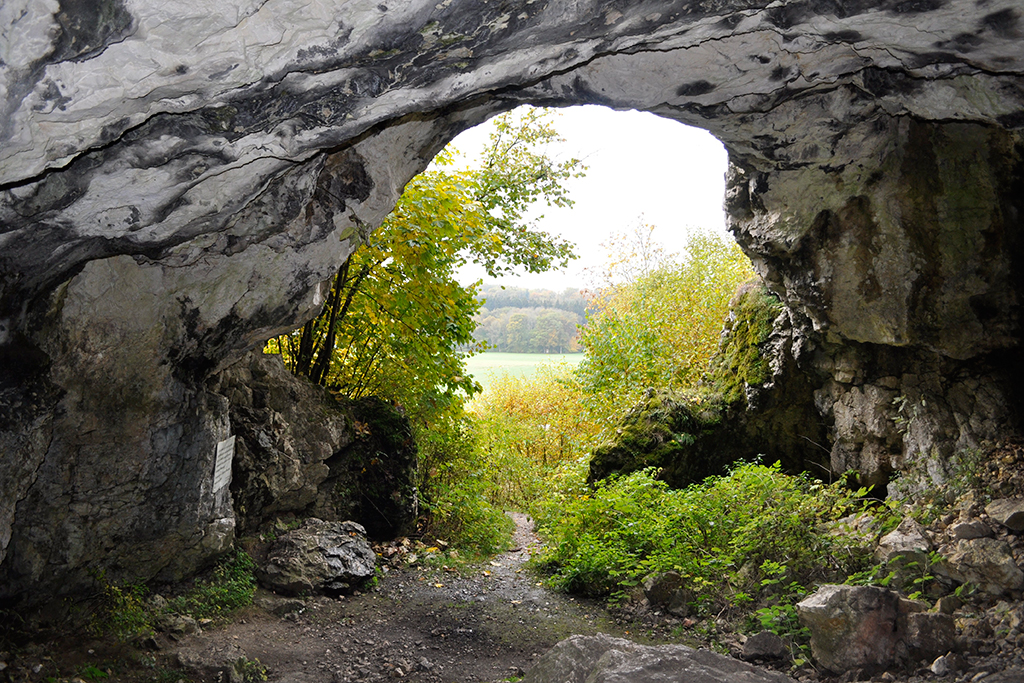 Caves and Ice Age Art in the Swabian Jura, Germany. Modern humans first arrived in Europe 43,000 years ago during the last Ice Age. One of the areas where they took up residence was the Swabian Jura in southern Germany. Excavated from the 1860s, six caves have revealed items dating from 43,000 to 33,000 years ago. Photo: UNESCO/ Landesamt für Denkmalpflege (LAD) im Regierungspräsidium Stuttgart 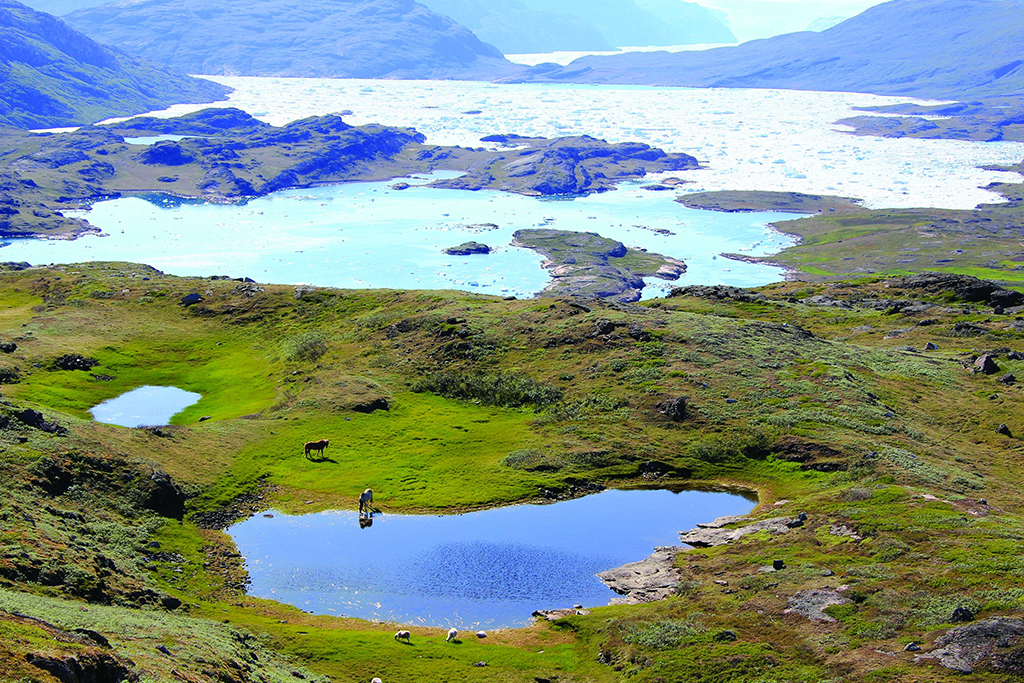 Kujataa Greenland: Norse and Inuit Farming at the Edge of the Ice Cap, Denmark. Kujataa is a sub-arctic farming landscape located in the southern region of Greenland. It bears witness to the cultural histories of the Norse hunters-gatherers who started arriving from Iceland in the 10th century and of the Norse farmers, Inuit hunters and Inuit farming communities that developed from the end of the 18thcentury. Photo: UNESCO/ Niels Christian Clemmensen/ Christian K. Madsen 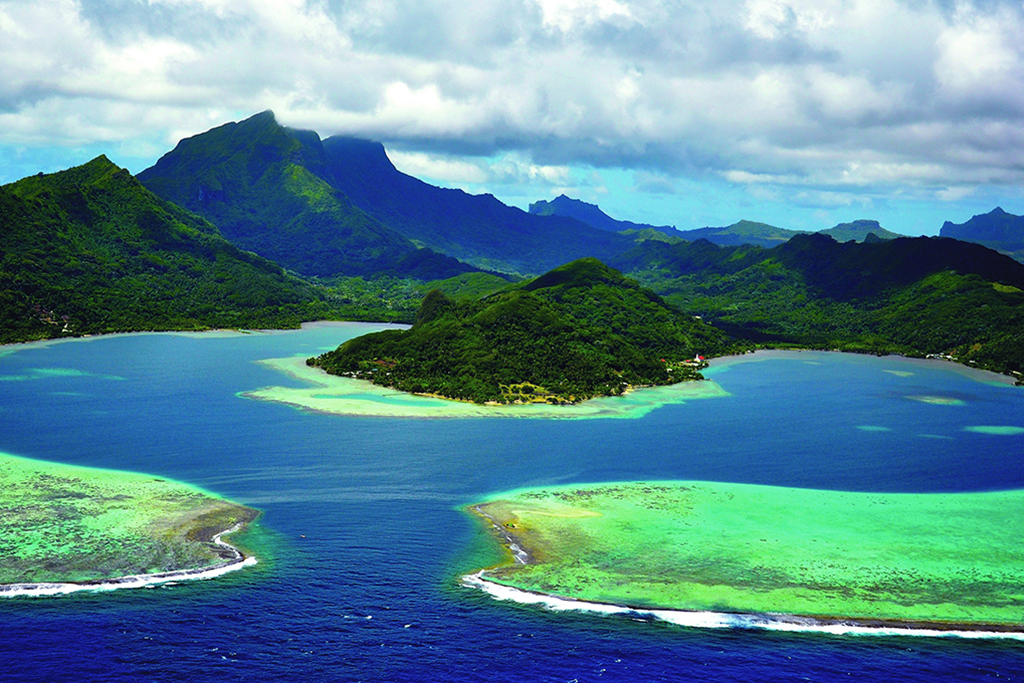 Taputapuatea, France. Taputapuatea on Ra’iatea Island is at the centre of the “Polynesian Triangle,” a vast portion of the Pacific Ocean, dotted with islands, and the last part of the globe to be settled by humans. The property includes two forested valleys, a portion of lagoon and coral reef and a strip of open ocean. At the heart of the property is the Taputapuatea maraecomplex, a political, ceremonial and funerary centre. Photo: UNESCO/ SCP 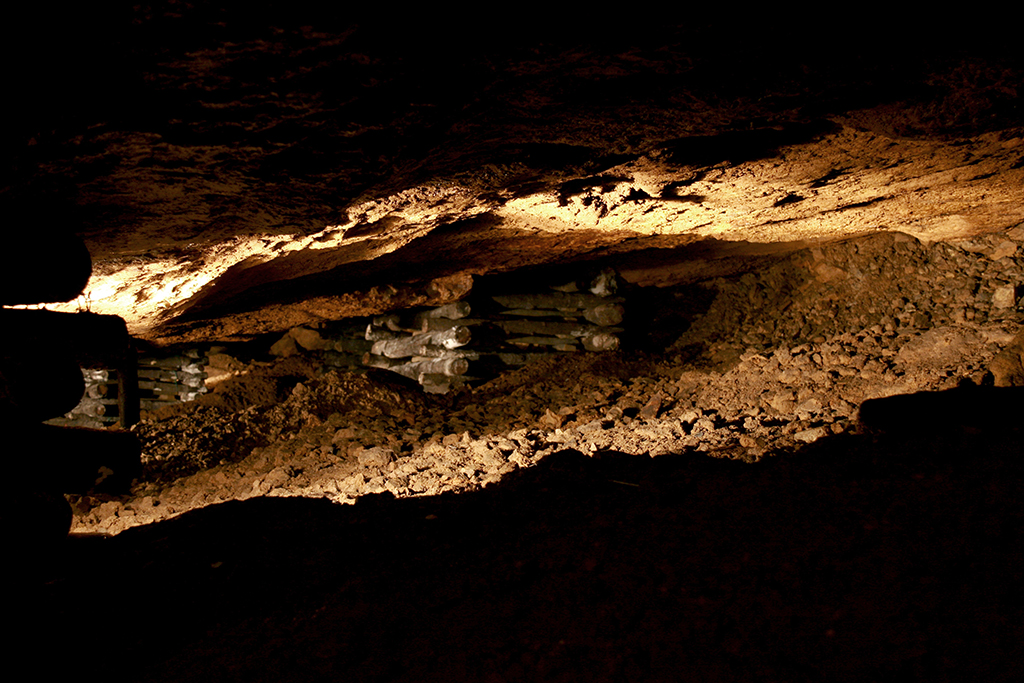 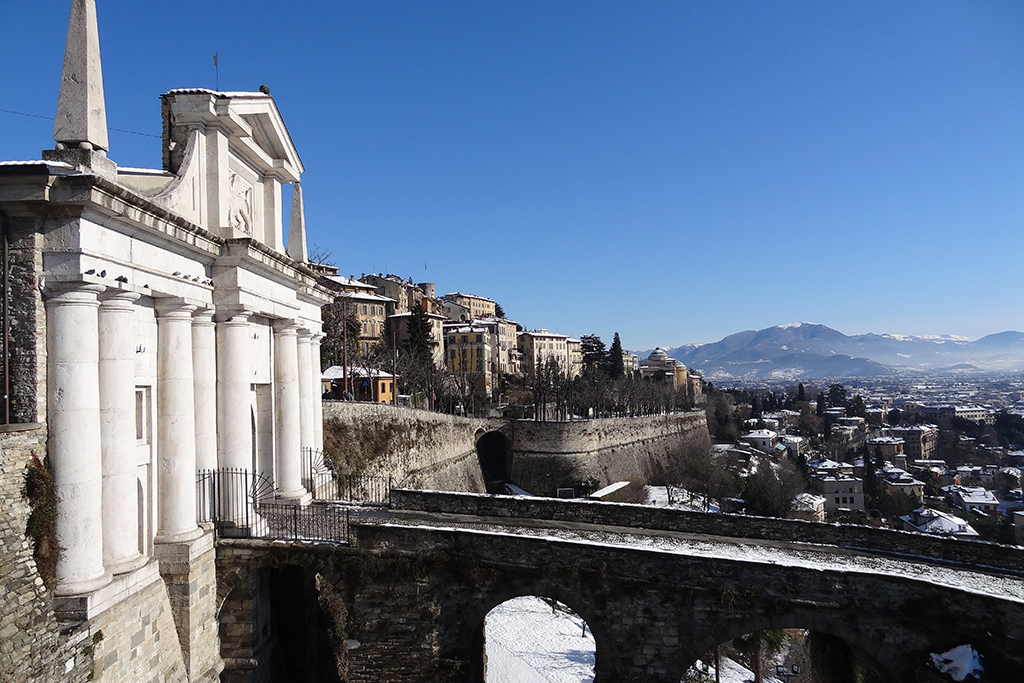 Venetian Works of Defence between 15th and 17th centuries: Stato da Terra – western Stato da Mar, Croatia, Italy, Montenegro. This property consists of 15 components of defence works in Italy, Croatia and Montenegro, spanning more than 1,000 kilometres between the Lombard region of Italy and the eastern Adriatic Coast. Side view of the Porta San Giacomo and the walls, Bergamo, Italy. Photo: UNESCO/ SiTI - Higher Institute on Territorial Systems for Innovation 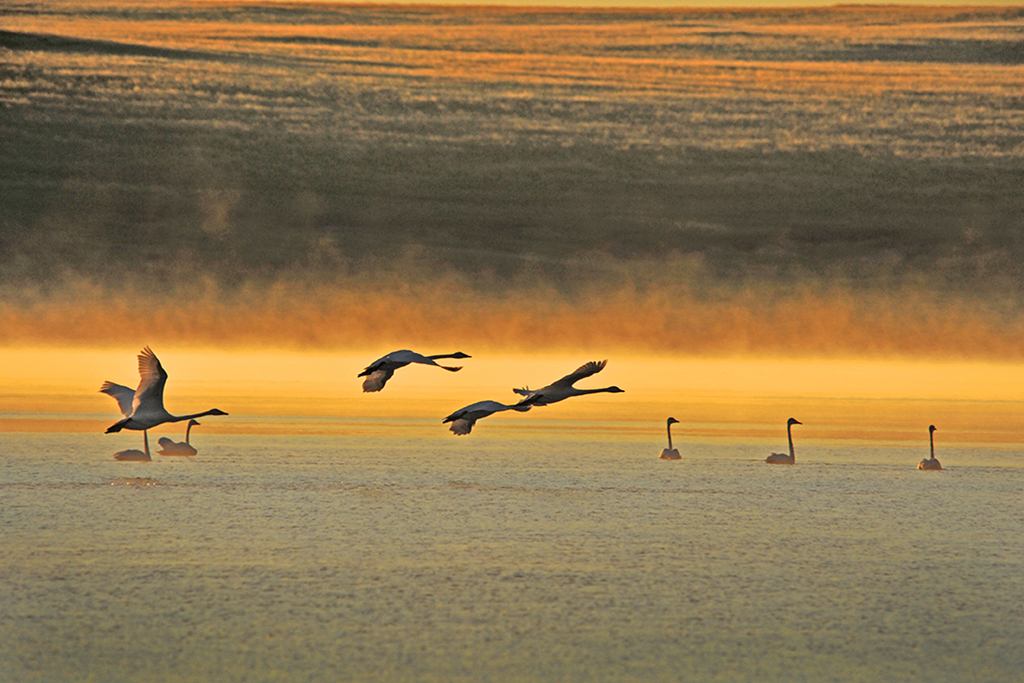 Landscapes of Dauria, Mongolia, Russian. Shared between Mongolia and the Russian Federation, this site is an outstanding example of the Daurian Steppe eco-region, which extends from eastern Mongolia into Russian Siberia and north-eastern China. Cyclical climate changes, with distinct dry and wet periods lead to a wide diversity of species and ecosystems of global significance. Photo: UNESCO/ Evgeniy Kokukhin 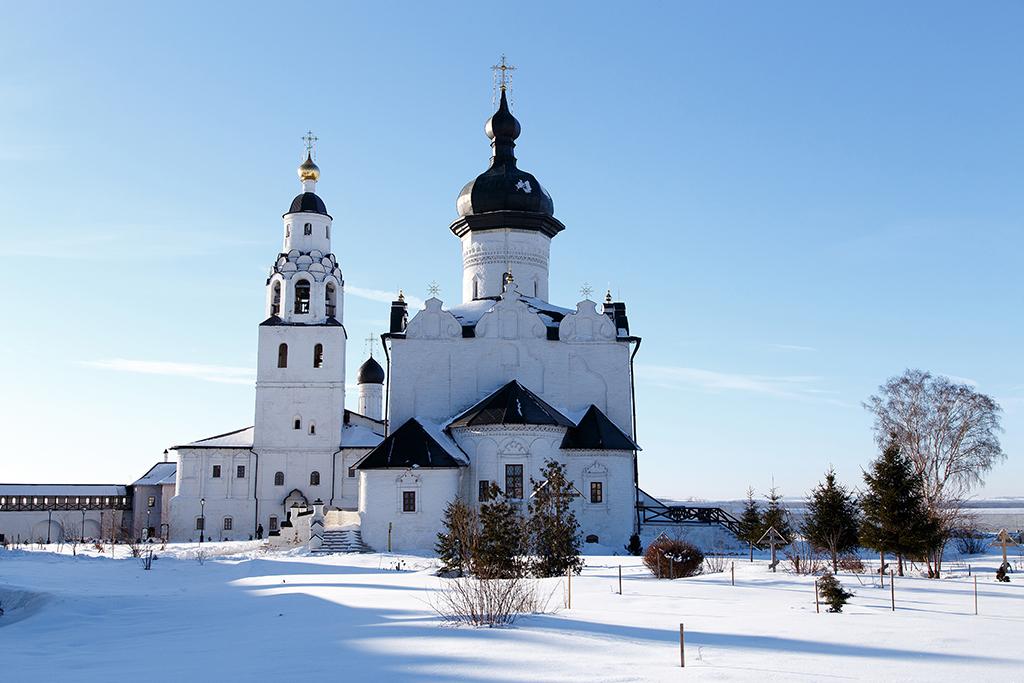 Assumption Cathedral and Monastery of the town-island of Sviyazhsk, Russia. Located in the town-island of Sviyazhsk and part of the monastery of the same name, the Assumption Monastery illustrates in its location and architectural composition the political and missionary programme developed by Tsar Ivan IV to extend the Moscow state. Photo: UNESCO/ Regional Foundation of Revival of Historical and Cultural Monuments of Republic of Tatarstan

In Africa an additional three sites have been listed: Asmara, a modernist city of Africa (Eritrea) Mbanza Kongo, political and spiritual capital of the Kingdom of Kongo (Angola) and Khomani Cultural Landscape (South Africa). 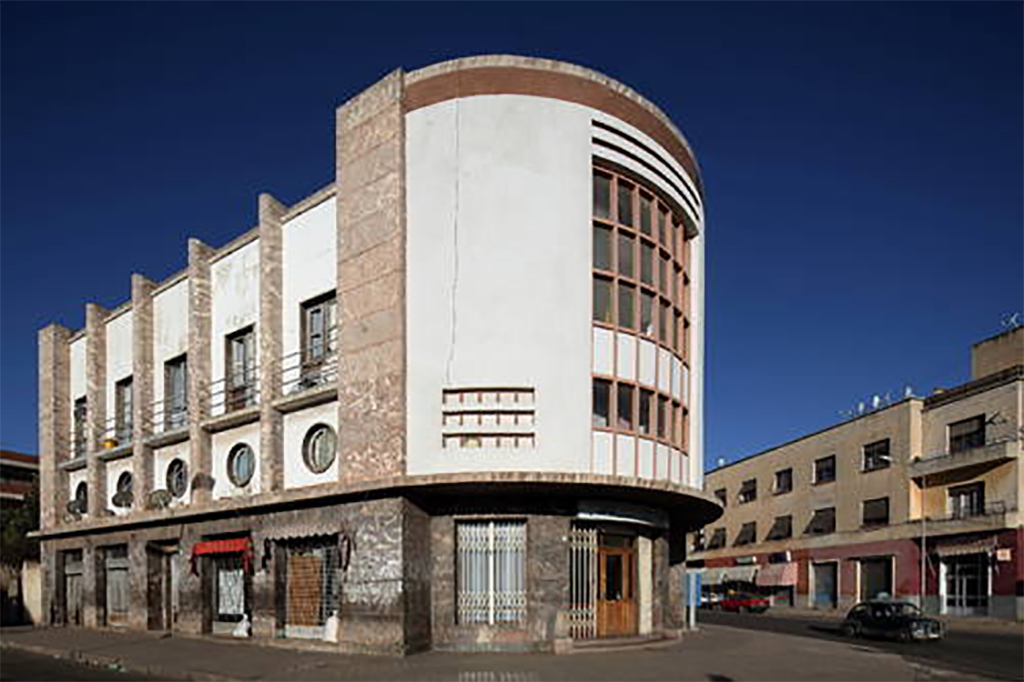 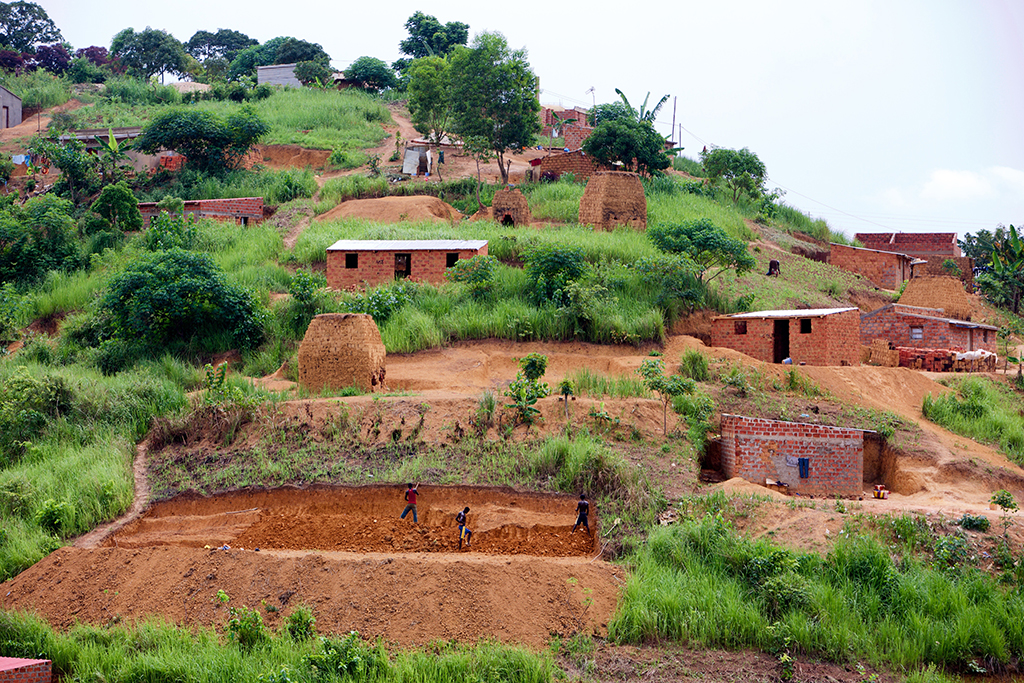 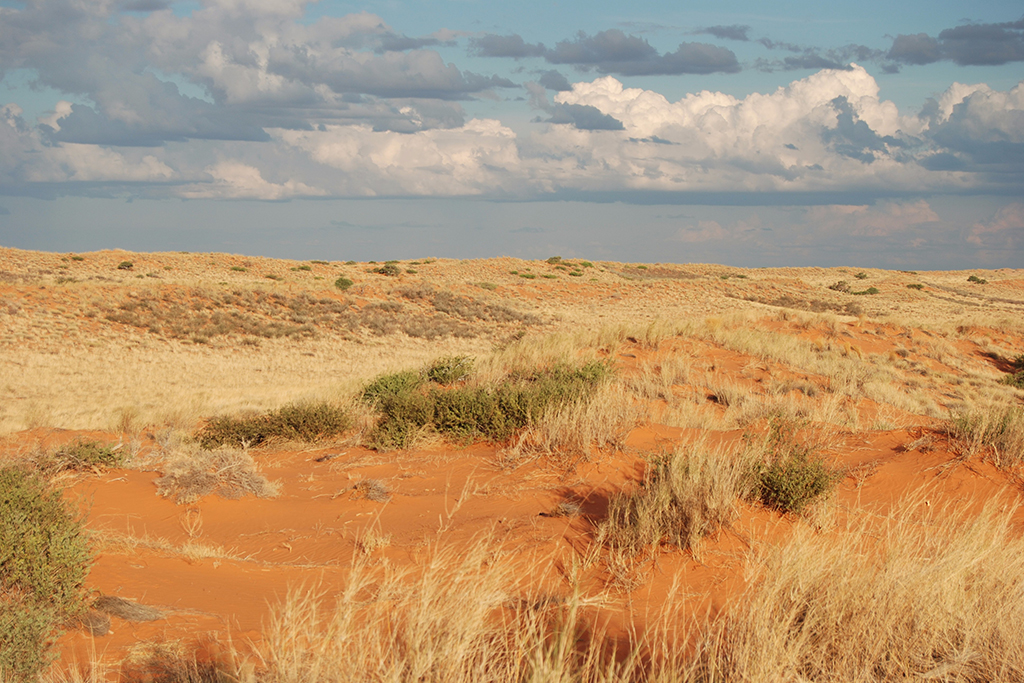 Khomani Cultural Landscape, South Africa. Located at the border with Botswana and Namibia in the northern part of the country, the landscape is coinciding with the Kalahari Gemsbok National Park (KGNP). The large expanse of sand contains evidence of human occupation from the Stone Age to the present and is associated with the culture of the formally nomade Khomani San people and the strategies that allowed them to adapt to harsh desert conditions. Photo: UNESCO/ Francois Odendaal Productions (FOP Films)

In the Americas Valongo Wharf (Brazil) has been listed as an archaeological site while also Los Alerces National Park (Argentina) has been inscribed. 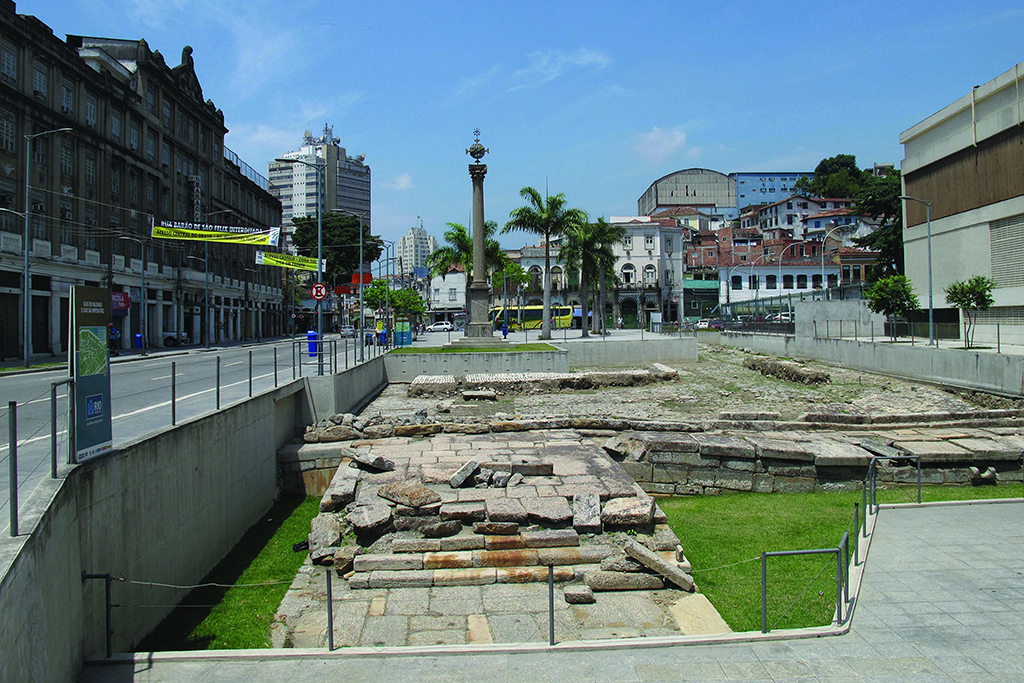 Valongo Wharf Archaeological Site, Brazil. Located in central Rio de Janeiro, the site encompasses the entirety of Jornal do Comércio Square. It is in the former harbour area of Rio de Janeiro in which the old stone wharf was built for the landing of enslaved Africans reaching the South American continent from 1811 onwards. An estimated 900,000 Africans arrived in South America via Valongo. Photo: UNESCO/ Milton Guran. 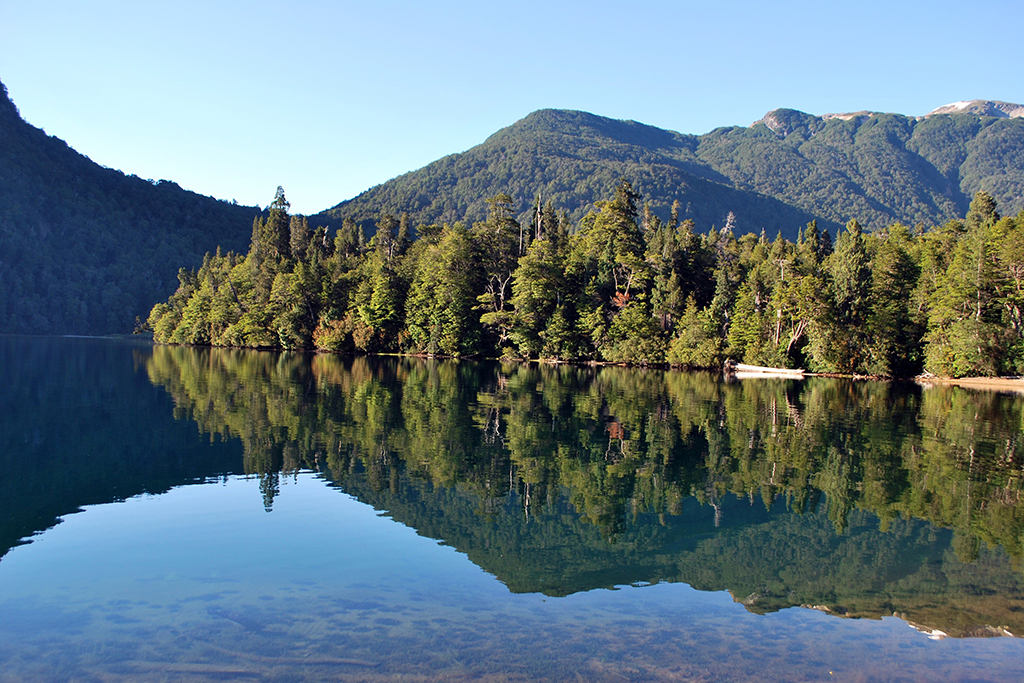 Los Alerces National Park, Argentina. Located in the Andes of northern Patagonia, the park has a western boundary, which coincides with the Chilean border. Successive glaciations have moulded the landscape in the region creating spectacular features such as moraines, glacial cirques and clear-water lakes. Photo: UNESCO/ Ricardo Villalba 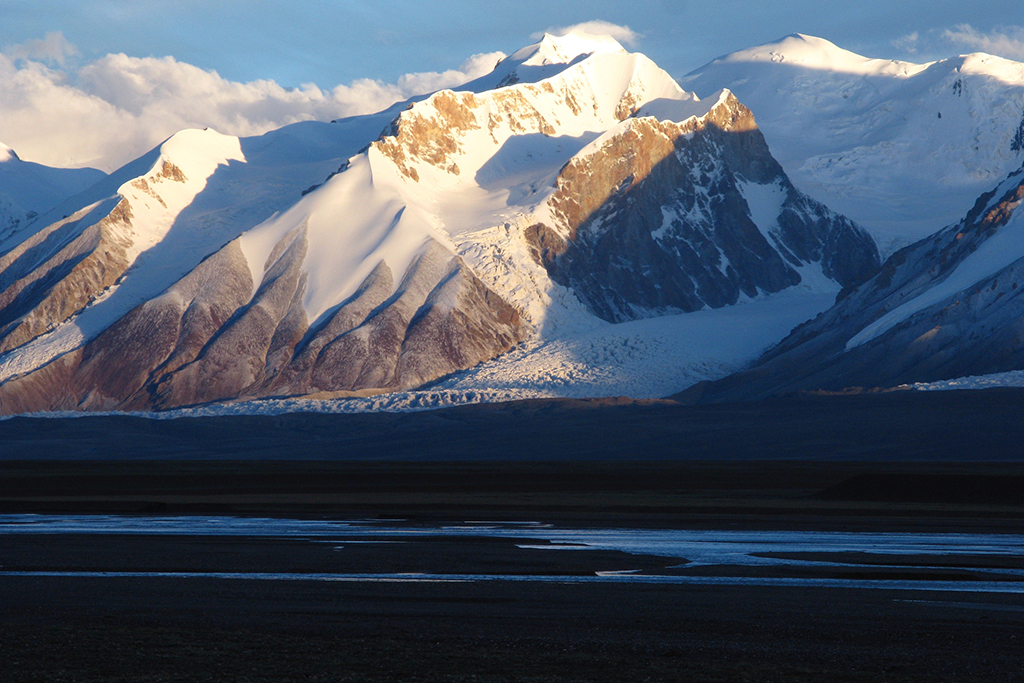 Qinghai Hoh Xil, China. Located in the north-eastern extremity of the Qinghai-Tibetan Plateau, Qinghai Hoh Xil is the largest and highest plateau in the world. This extensive area of alpine mountains and steppe systems is situated more than 4,500 m above sea level, where sub-zero average temperatures prevail all year-round. Photo: UNESCO/ Peking University 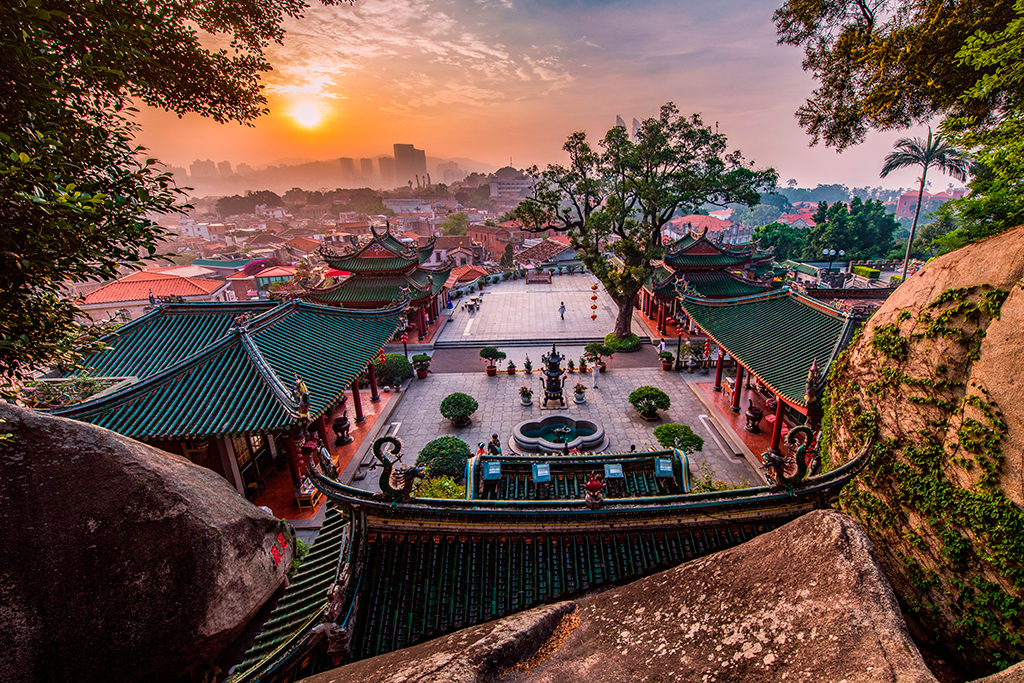 Kulangsu: a Historic International Settlement, China. Kulangsu is a tiny island located on the estuary of the Chiu-lung River, facing the city of Xiamen. With the opening of a commercial port at Xiamen in 1843, and the establishment of the island as an international settlement in 1903, this island off the southern coast of the Chinese empire suddenly became an important window for Sino-foreign exchanges. Photo: UNESCO/ Cultural Heritage Conservation Center of THAD 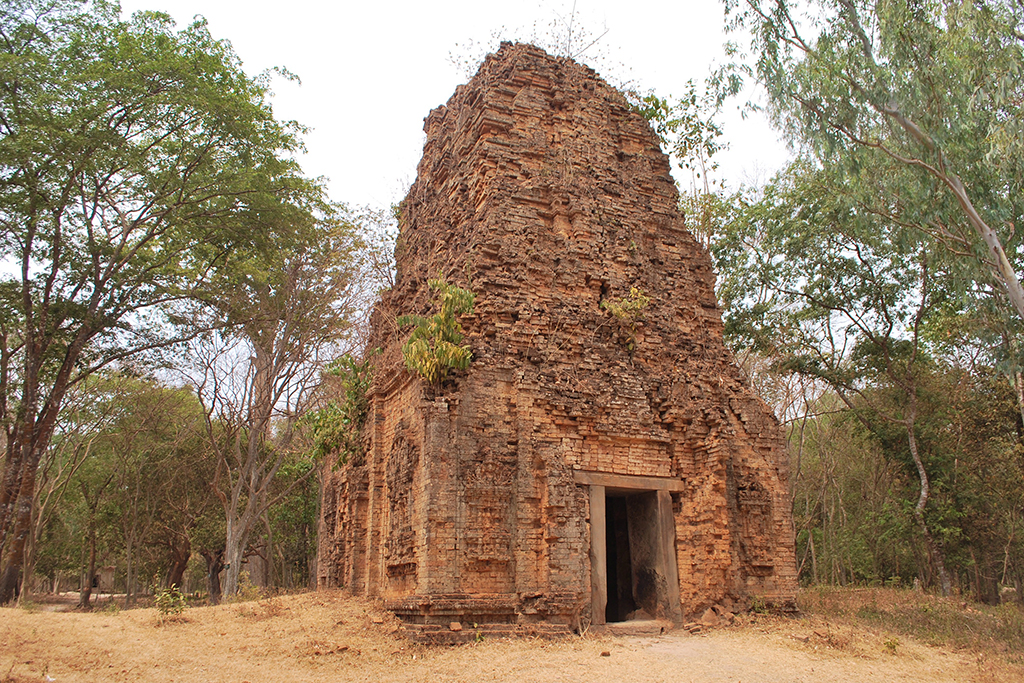 Temple Zone of Sambor Prei Kuk, Archaeological Site of Ancient Ishanapura, Cambodia. The archaeological site of Sambor Prei Kuk, “the temple in the richness of the forest” in the Khmer language, has been identified as Ishanapura, the capital of the Chenla Empire that flourished in the late 6th and early 7th centuries CE. The art and architecture developed here became models for other parts of the region and lay the ground for the unique Khmer style of the Angkor period. Photo: UNESCO/ So Sokun Theary 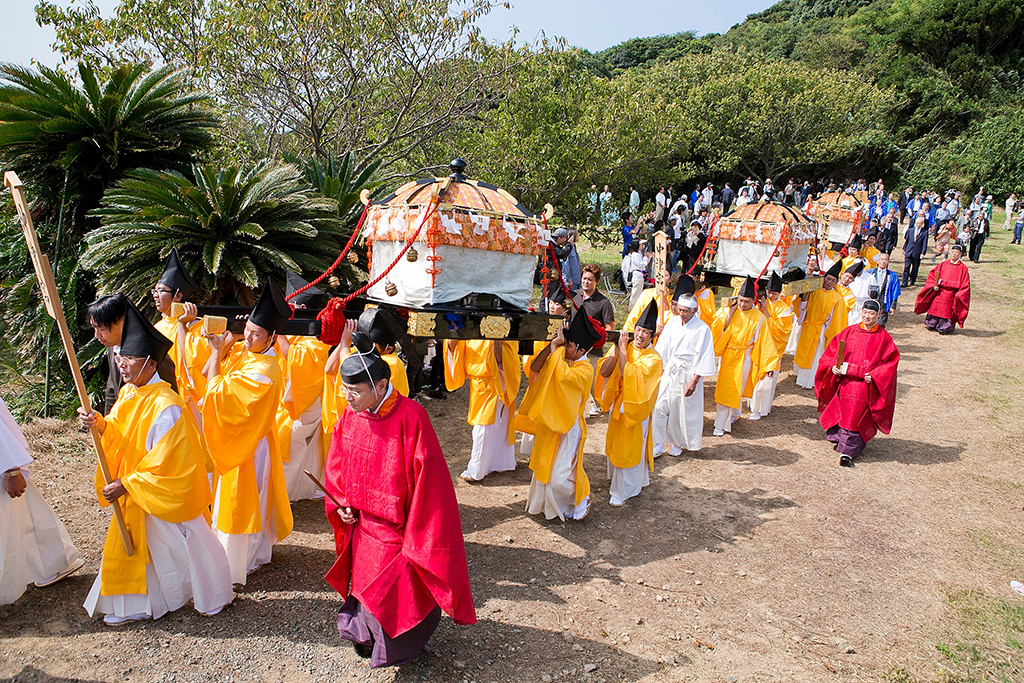 Sacred Island of Okinoshima and Associated Sites in the Munakata Region, Japan. Located 60 kilometres off the western coast of Kyushu island, the island of Okinoshima is an exceptional example of the tradition of worship of a sacred island. The archaeological sites that have been preserved on the Island are virtually intact, and provide a chronological record of how the rituals performed there changed from the 4th to the 9th centuries CE. Photo: UNESCO/ World Heritage Promotion Committee 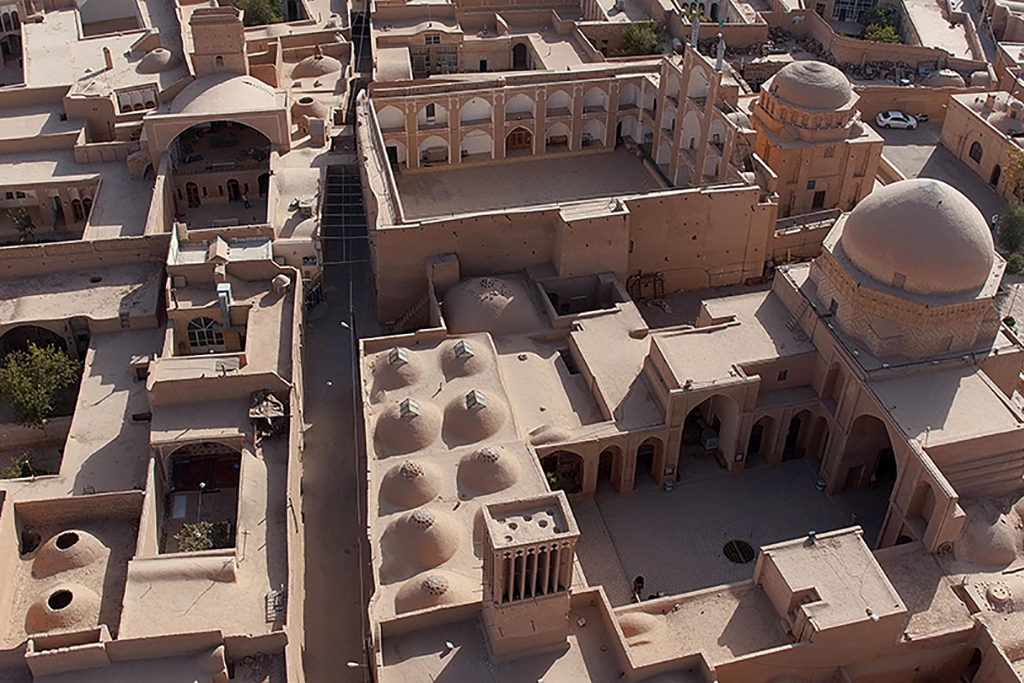 Historic City of Yazd, Iran. Located in the middle of the Iranian plateau, 270 kilometres southeast of Isfahan, close to the Spice and Silk Roads, the city bears living testimony to the use of limited resources for survival in the desert. Photo: UNESCO/ ICHHTO 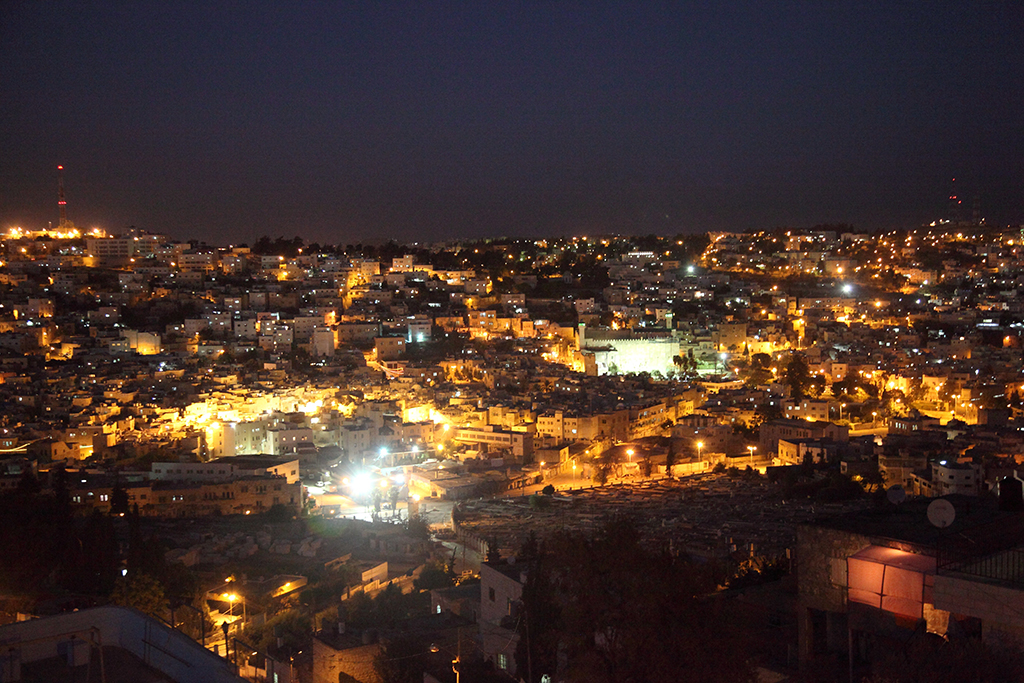 Hebron/ Al-Khalil Old Town, Occupied Palestine Territory. The use of a local limestone shaped the construction of the old town of Hebron/ Al-Khalil during the Mamluk period between 1250 and 1517. The centre of interest of the town was the site of Al mosque-Ibrahim/ the tomb of the Patriarchs. This place became a site of pilgrimage for the three monotheistic religions: Judaism, Christianity and Islam. Photo: UNESCO/ Firas AL_Hashlamoun

In the same session, the Committee inscribed the Historic Centre of Vienna on the List of World Heritage in Danger due to high-rise projects in the middle of the Austrian capital. The UNESCO Committee regrets that the Vienna Ice-Skating Club—Intercontinental Hotel project fails to comply fully with previous Committee decisions, notably concerning the height of new constructions and argues the project will impact adversely the outstanding universal value of the site.

The Committee stressed that Vienna developed from early Celtic and Roman settlements into a Medieval and Baroque city to become the capital of the Austro-Hungarian Empire. Vienna played an essential role as a leading European music centre, from the great age of Viennese Classicism through the early part of the 20th century while the historic centre of the Austrian capital is rich in architectural ensembles, including Baroque castles and gardens, as well as the late-19th century Ringstrasse. 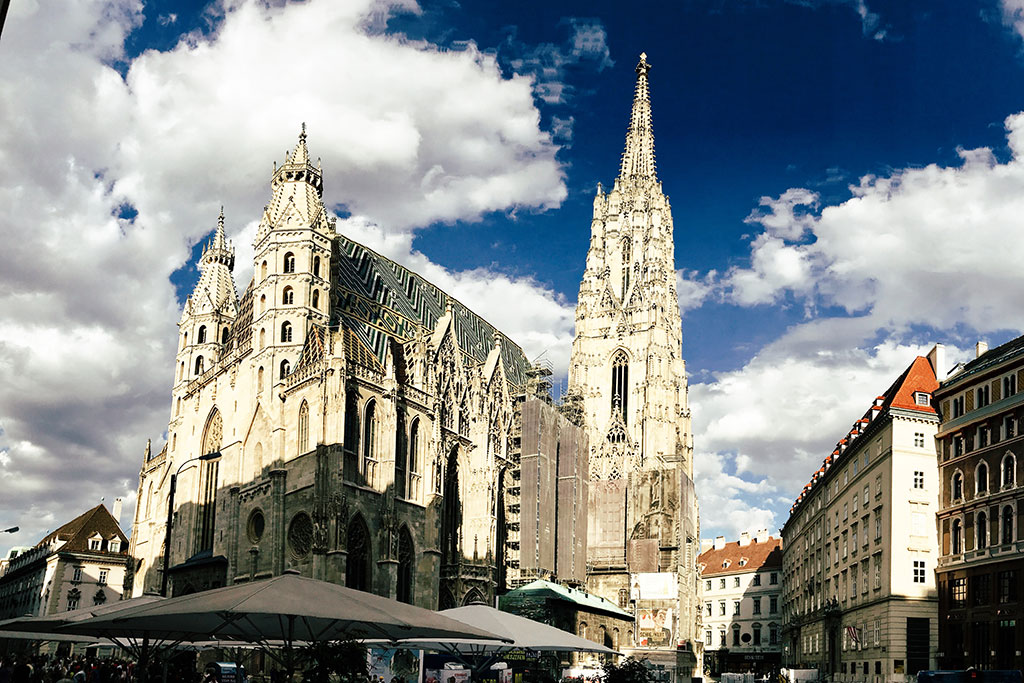