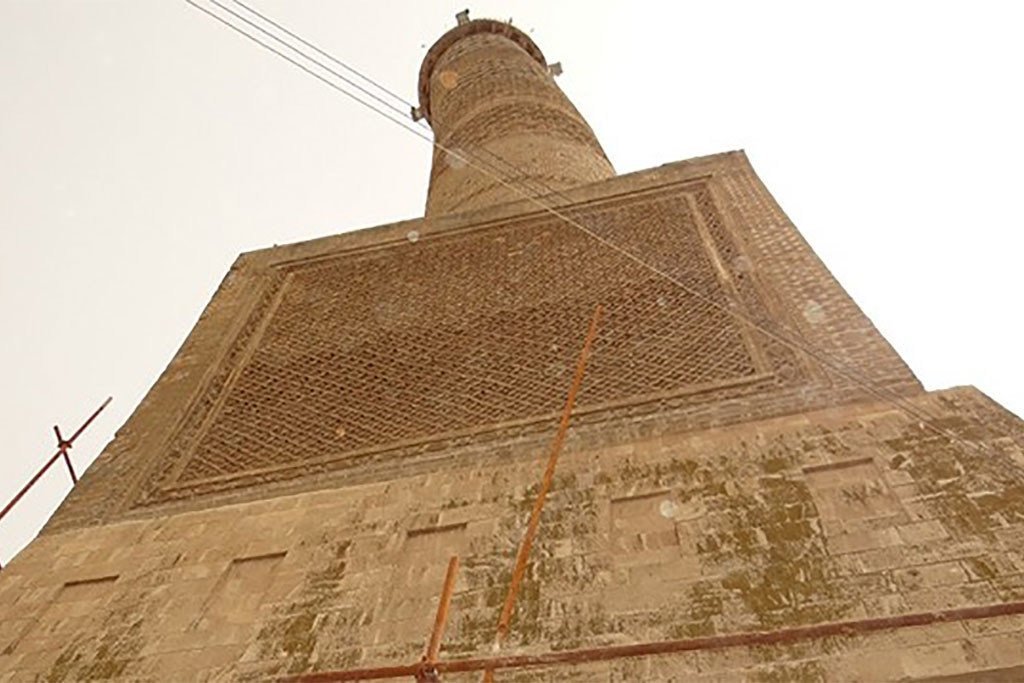 “The Al Hadba Minaret and AlNuree Mosque in Mosul were among the most iconic sites in the city, and stood as a symbol of identity, resilience and belonging,” said Irina Bokova, the Director General of the UN Educational, Scientific and Cultural Organization (UNESCO).

“When Da'esh targeted the mosque and minaret a few months ago, the people of Mosul formed a human chain to protect the site, proving once again that the protection of heritage cannot be delinked from the protection of human lives,” she added.

Located in the Old City area of western Mosul, the Great Mosque of al-Nuree was considered one of the main historical mosques in Iraq. It was originally built by Nureddine Zangi in 1172AD, during the Abbasid Caliphate.

It underwent several renovations and restorations throughout the years. Its outstanding iconic feature was the leaning minaret known as al-Hadba (the hunchback), which had retained its authentic architectural and structural features for hundreds of years.

“This new destruction deepens the wounds of a society already affected by an unprecedented humanitarian tragedy, with three million internally displaced persons and 6.2 million in need of immediate humanitarian assistance. This calls for immediate and strengthened international mobilization,” said the Director-General.

Since the Iraqi Government's launch of an offensive to oust ISIL from Mosul in October 2016, around 750,000 to 800,000 people have been displaced from the city. Many are trapped or being used as human shields.

“Despite all odds, the spirit of resilience embodied by al-Hadba must prevail and UNESCO will continue to stand by the people of Iraq to regain their heritage and fight back against all forms of extremism and violence through culture, education and human rights,” Ms. Bokova declared.

The killing of two journalists in Iraq drew strong condemnation today from the United Nations agency tasked with defending press freedom and the safety of journalists.