As the escalation of the conflict in Yemen enters its third year this week, the top United Nations humanitarian official has called on the parties to the conflict to commit to political dialogue and resolve the situation or risk an unending manmade crisis.

In a statement, Stephen O'Brien, the UN Emergency Relief Coordinator and Under-Secretary-General for Humanitarian Affairs underscored that in addition to wrecking the country's economy, killing thousands and displacing millions, the fighting has brought Yemen to the brink of a famine.

“During my third visit to Yemen only weeks ago, I saw the terrible and terrifying evidence of looming famine,” said Mr. O'Brien.

“In the hospital ward, the complete stillness of the tiny malnourished child whose eyes focus on nothing. The grim realization that these patients were the fortunate ones who could access a hospital and might survive.”

Underscoring that UN and its partners are already providing life-saving assistance in all of Yemen's 22 governorates, reaching almost 6 million people every month, Mr. O'Brien urged parties to the conflict to expedite immediate, timely, and unimpeded humanitarian access as well as facilitate commercial activities – critical to reversing prevailing massive food insecurity and ensuring that people's basic needs can be met.

Nearly 19 million Yemenis – over two-thirds of the population – need humanitarian assistance and, according to UN Office for Coordination of Humanitarian Affairs (OCHA), seven million are facing starvation.

“Most of all, the Yemeni people need the parties to commit to political dialogue, or this man-made crisis will never end,” noted Mr. O'Brien.

“In the meantime, together we can – we must – avert this famine, this human catastrophe.” 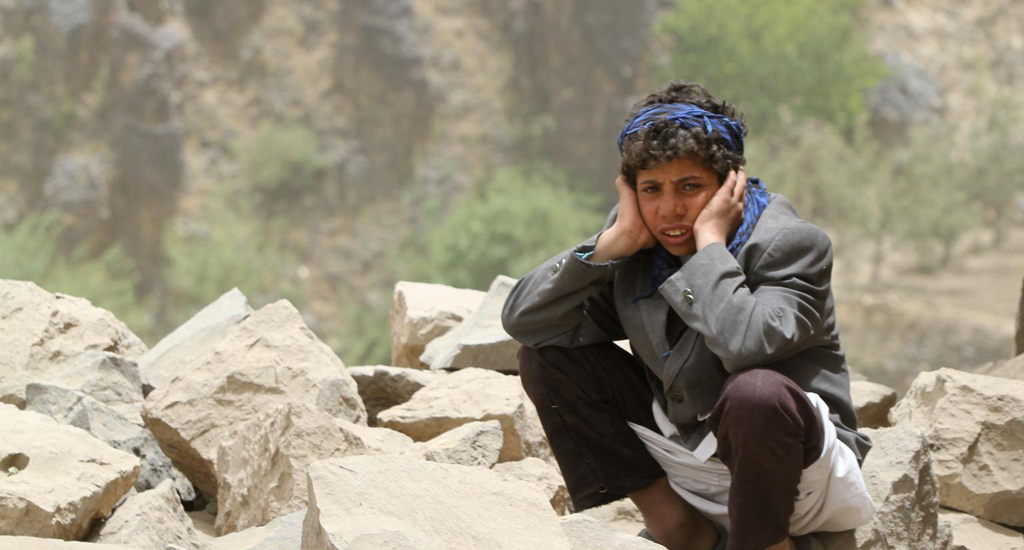 A boy sits amid rubble, all that remains of his home – which was destroyed in an air strike – in Okash Village, near Sana’a, the capital of Yemen. Photo: UNICEF/Hamoud 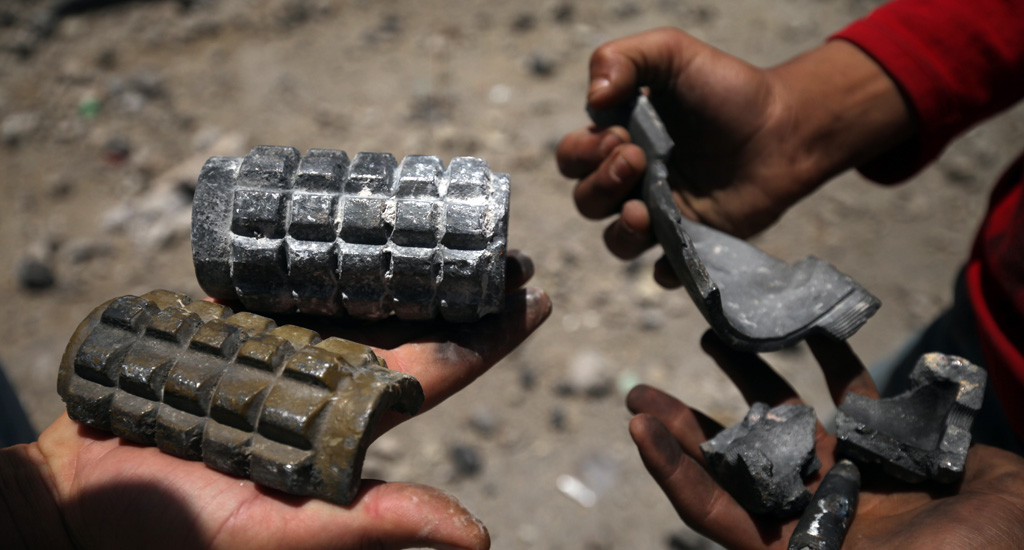 Children hold shrapnel from exploded artillery shells while standing on a street damaged by blasts in Sana’a. Photo: UNICEF/Hamoud 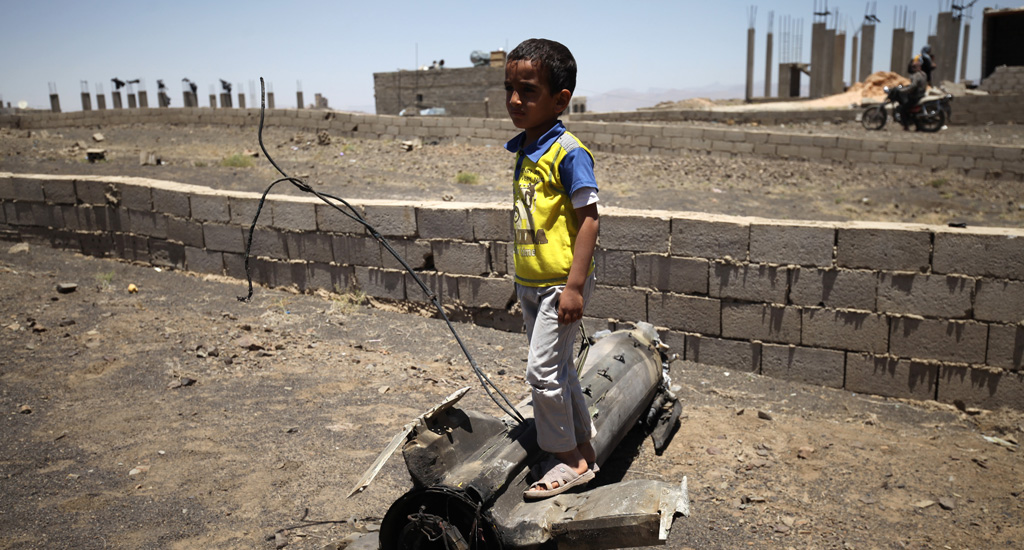 A boy stands atop a large piece of exploded artillery shell, which landed near his home in the village of Al Mahjar, a suburb of Sana’a. Photo: UNICEF/Hamoud

Number of children injured, recruited in conflict nearly doubled in one year – UNICEF

As with most crises, it is the children who are bearing the brunt of the suffering.

Families are having to resort to “extreme measures” to support their children as coping measures have been severely eroded, turning Yemen – the poorest country in the region – into one of the largest food security and malnutrition emergencies in the world, noted United Nations Children's Fund (UNICEF) in a new report, Falling through the Cracks today.

Also, Yemen's health system is on the verge of collapse, leaving close to 15 million men, women and children with no access to health care. This is all the more concerning given an outbreak of cholera and acute watery diarrhoea in October 2016 that continues to spread, with over 22,500 suspected cases and 106 deaths.

“The war in Yemen continues to claim children's lives and their future,” said Meritxell Relaño, UNICEF Representative in the war-torn country.

“We need to act now to pull families back from the brink. The risks for generations to come are extremely high.”

The conflict in Yemen is raging, the United Nations human rights chief today warned, urging those fighting to work towards a ceasefire and to allow humanitarian aid to get through to millions of people in need.