The crisis in Africa’s Lake Chad Basin is of global concern and action is needed “right now,” the United Nations Security Council today said, wrapping up its four-country tour with the promise of long-term support for the Governments and the people in their fight against Boko Haram.

“Neither the military fight against terrorism nor the immediate humanitarian response will solve these protracted crises,” Ambassador Matthew Rycroft of the United Kingdom, who is leading the Council visit as President of the 15-nation body for the month of March, told journalists in Abuja.

“What is needed in the end is long-term development,” Mr. Rycroft said, noting the need for jobs, education, human rights, services for displaced people and refugees, and solutions for coping with drought and other environmental challenges.

“Those are multifaceted, complex set of problems and require a holistic set of solutions, and we are here to support the Government of Nigeria in finding those solutions,” he vowed.

Yesterday, the Council members met with internally displaced persons (IDPs) at the Teacher Village in Maiduguri, in hard-hit Borno state in the north-eastern part of the country. About half of the displaced persons living in the camp are children, with 379 of them infants.

The Council members joined a circle of survivors, many of whom were women whose husbands and children were killed by Boko Haram, and who are struggling to feed themselves and the remnants of families that they have left. 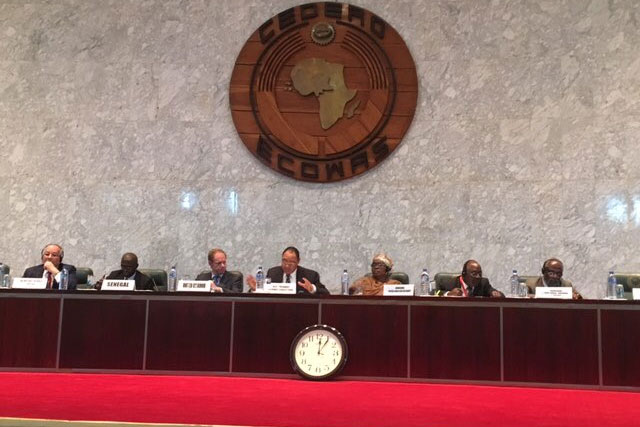 Members of the UN Security Council mission on a visit to the Lake Chad Basin visited the Economic Community Of West African States (ECOWAS) and discussed challenges that the region is facing. Photo: Japan/UN Mission

“Their accounts of a life in crisis were beyond sobering,” Mr. Rycroft said.

The displaced camp is in Maiduguri, which is known as the epicentre of the years long Boko Haram crisis, according to Governor Kashim Shettima, who spoke with the Council members.

While in Nigeria, the Council also met with women’s groups from across the country who called for a greater role in finding solutions to the Lake Chad Basin crisis.

“We can pass information faster than the men,” one woman told the Council.

The Council members also spoke with members of the Economic Community of West African States (ECOWAS), a regional group of 16 countries, with discussions focused on coordination of response and sharing of information.

After visiting Nigeria, and previously being in Cameroon, Chad and Niger, the Council emphasized that “barely enough is being done” to aid the crisis in the Lake Chad Basin.

“The scale we have seen is of a growing crisis. Famine is being averted at the moment because of the generosity of donors and the effectiveness of the national responses – but only just,” Mr. Rycroft said, adding: “We urge the international community as a whole to continue to step up before it is too late. And that means right now.” 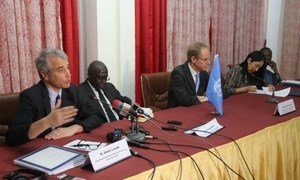 In Niger, Security Council links aid and development in fight against Boko Haram

The Security Council – which is in the Lake Chad Basin to draw attention to the humanitarian and development needs of a region grappling with Boko Haram's terror – visited for the first time Niger, one of the poorest countries in the world.