UNICEF/Tanya Bindra
In Lagos, Nigeria, residents navigate the polluted waters of Makoko, a fishing community mostly made up of structures on stilts above Lagos Lagoon, as smog spreads throughout the canals.
24 September 2019
Human Rights

In Nigeria, homeless and other vulnerable people are being “rounded up” by police, “persecuted” and evicted, amid a massive housing crisis, a UN-appointed independent rights expert said on Tuesday.

The warning from Leilani Farha, UN Special Rapporteur on the right to adequate housing, follows her 10-day visit to Africa’s most populous country.

Informal settlements were “ballooning” and conditions in them were “inhumane”, she said in a preliminary statement, highlighting a housing deficit estimated at 22 million homes.

“Successive Governments have allowed economic inequality in Nigeria to reach extreme levels, a fact that is clearly evident in the housing sector”, she said. “Meanwhile, newly built luxury dwellings are springing up throughout cities – made possible often through the forced eviction of poor communities.”

Ms. Farha insisted that these new dwellings “do not fulfil any housing need” since many remained vacant, “acting as vessels for money laundering or investment”.

Among her other findings, which are to be presented in full to the Human Rights Council in March 2020, Ms. Farha noted widespread discrimination of vulnerable minorities by landlords.

People with HIV/AIDS and members of the LGBT community were “particularly” at risk of eviction, Ms. Farha insisted, in an appeal to the authorities to address the problem. In addition, persons with disabilities were often held in punitive detention centres against their will, in “deplorable” conditions.

Highlighting the fact that seven in 10 Nigerians in towns and cities now live in informal settlements, the Special Rapporteur said that most remain without access to running water and toilets - and they are in constant fear of being turned out of their homes.

Nigerian population set to double by 2050

Estimated at around 200 million-strong today, Nigeria’s population is expected to double by 2050, according to the UN population fund, UNFPA.  Among her recommendations to the Government, the expert called for the decriminalisation of homelessness and poverty and a nationwide moratorium on forced evictions.

“I was shocked to see that the people most in need of protection and assistance by the State are instead persecuted, harassed, extorted, and even arrested and jailed without ever having committed a crime,” Ms. Farha said.

“These measures will improve the lives of those most in need, and they can be introduced immediately as they do not require Government spending.”

Among her other recommendations, the independent Special Rapporteur encouraged the Government to prioritise upgrading informal settlements. The authorities should also adopt a rights-based national housing strategy that recognises housing as a fundamental right in national law, she insisted.

♦ Receive daily updates directly in your inbox - Subscribe here to a topic.
♦ Download the UN News app for your iOS or Android devices.
nigeria|housing 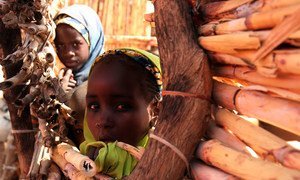 Ten years on, crisis in Nigeria ‘far from over’; UN and humanitarian partners urge support for millions still affected

Ten years after the start of a violent insurgency in north-east Nigeria plunged the country into a humanitarian crisis that is “still far from over”, the United Nations and its aid partners have underscored the need to “collectively redouble efforts” to help the most vulnerable.