OCHA/Eve Sabbagh
A boy crying a few steps away from his family in Bama, a former Boko Haram stronghold in Borno state, Nigeria, at a camp that hosts some 25,000 Nigerians who have fled neighbouring villages.
23 February 2017

Ahead of a major donors conference in the Norwegian capital, Oslo, seeking to generate global action to tackle the complex crisis in Africa’s Lake Chad Basin, the top United Nations relief official highlighted that investing in support for the region will in turn help strengthen broader security around the world for all to benefit.

“The opportunity we have at this gathering in Oslo [is for a partnership] between those who have been calling for enormous amounts of support [in the region and] to make sure that we can meet the needs of people as they go through terrible suffering, through no fault of their own,” UN Emergency Relief Coordinator Stephen O’Brien told UN News.

The UN aid chief’s comments come ahead of the Oslo Humanitarian Conference on Nigeria and the Lake Chad Region, which will be held tomorrow and which will be hosted by Norway, together with Nigeria, Germany and the UN. Aiming to draw attention to the crisis, which has been largely overlooked, the event seeks to mobilize greater international involvement and increased funding for humanitarian efforts to prevent the situation from deteriorating further.

According to the Office for the Coordination of Humanitarian Affairs (OCHA) – the UN’s relief wing – nearly 11 million people in the region, comprising Cameroon, Chad, Niger and Nigeria, need humanitarian assistance suffer from severe acute malnutrition, among them, about half a million are very young children – babies.

The appeal, amounting $1.5 billion will fund relief operations in the region, including, inter alia, providing life-saving food and nutrition support to 1.6 million people, livelihood support to 1.4 million, primary health care for 4.4 million, measles vaccinations for over one million children, education support for almost 300,000 girls and boys and safe water, improved sanitation and hygiene for 2.3 million displaced families and their host communities.

VIDEO: UN Emergency Relief Coordinator, Stephen O'Brien, has made a strong case for the need to urgently assist over 10 million people in Africa's Lake Chad Basin, noting that the humanitarian support “is an investment for all of us.”

Of the total population in need (10.7 million), about 8.5 million are in north-eastern Nigeria which has seen years of violence as a result of Boko Haram militancy.

In particular noting the challenges in north-eastern Nigeria, Mr. O’Brien hailed the work of the humanitarian actors on the ground “they are staying, they are delivering – there have been some terrible and tragic losses of very brave and brilliant aid workers – and they continue working in some of the most atrocious and difficult conditions.”

Pointing out that the 2016 appeal was only about 50 per cent funded, he underlined that it meant that “we can only do about half of what we know needs to be done,” said Mr. O’Brien, also the UN Under-Secretary-General for Humanitarian Affairs and the head of OCHA.

Also, noting that the international community had to be a partner and show that it has enough capacity and enable relief programmes for those who need it the most, he said that the support would help ensure that “the people [in need] can get water and food; we can [avert] the terrible severe acute malnutrition, we can seek to avert famine, which is exacerbated by some of the climatic events, and indeed, climate change.” 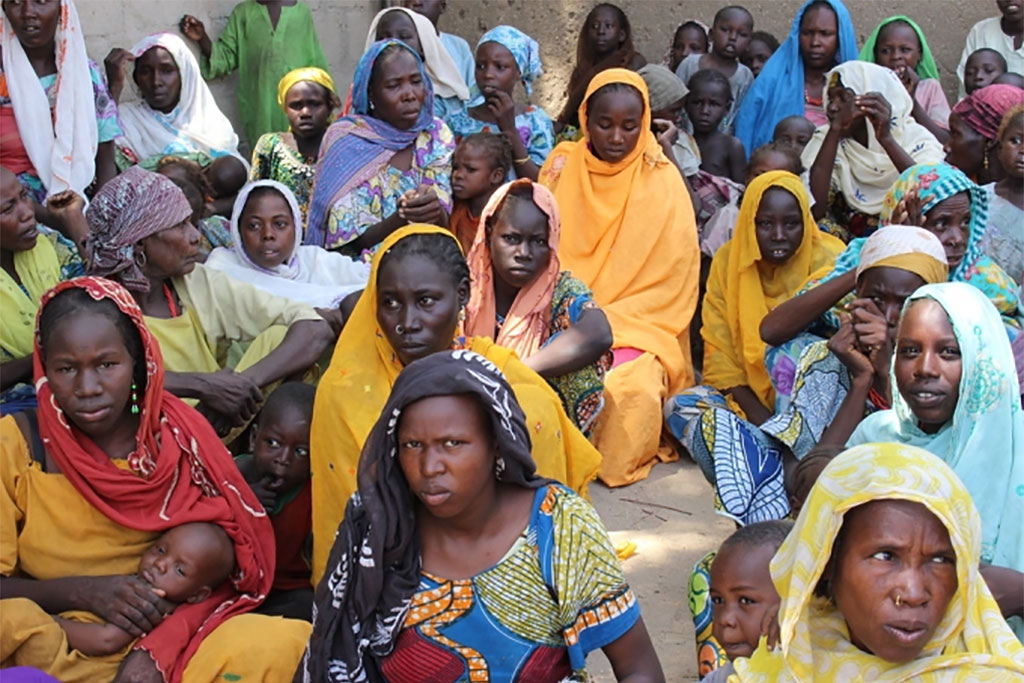 For the eighth consecutive year, civilians are suffering from Boko Haram violence in Africa’s Lake Chad Basin. These women live in a compound in Banki town, in Nigeria’s Borno state, close to the Cameroonian border. They believe their husbands were killed and have no source of income. Photo: OCHA/O. Fagan 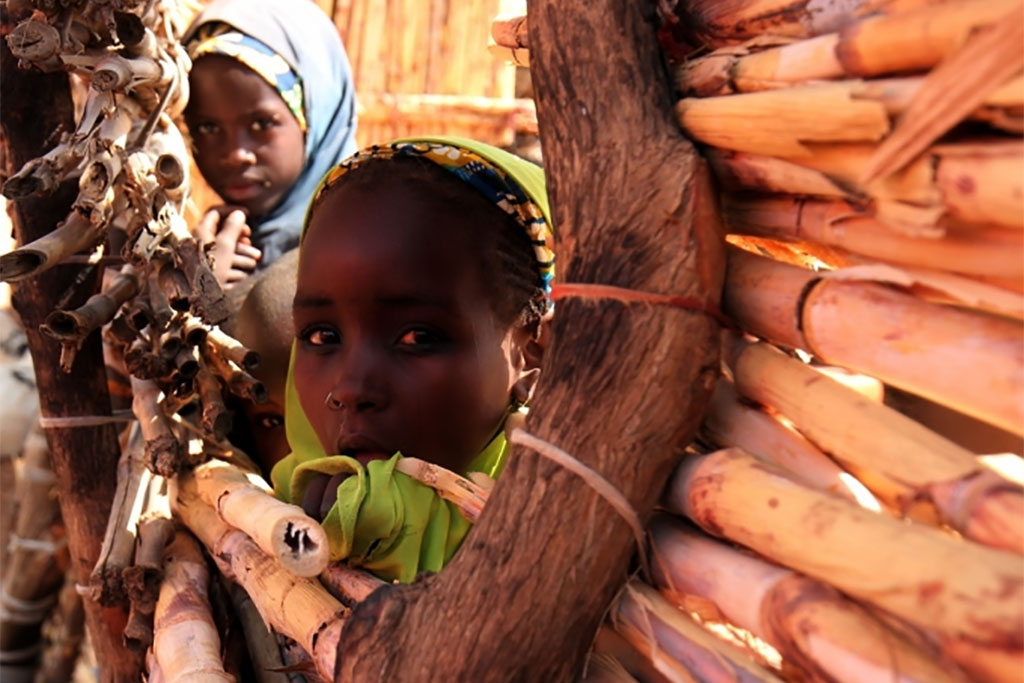 The activities of Boko Haram continue to undermine the peace and stability. Insecurity, especially in parts of Nigeria’s Borno and Yobe states, continues to hamper humanitarian operations. In areas that have recently opened up, civilians desperately need health, protection, shelter, water and sanitation. Protection needs in the countries north-east, particularly in newly accessible areas in Borno, remain severe. Photo: OCHA 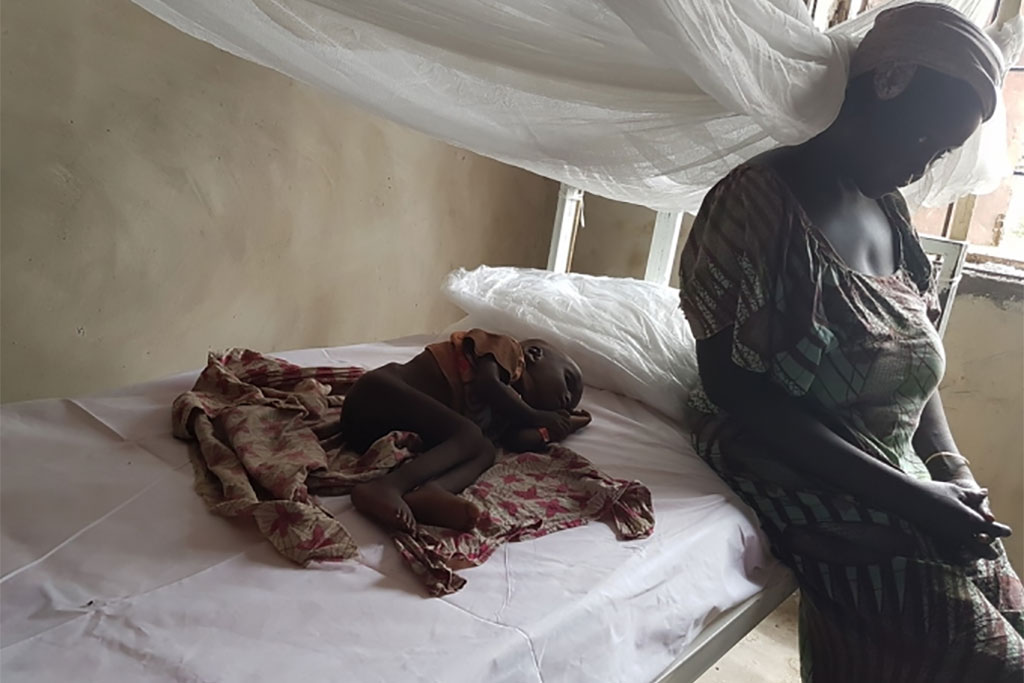 While facing human rights violations and abuses including attacks, disappearances, forced displacement, about half a million children in Borno are expected to suffer from severe acute malnutrition this year. Famine-like conditions loom for over 120,000 people in the most affected parts of Borno and Yobe, while an estimated 11 million people in the region, comprising Cameroon, Chad, Niger and Nigeria, need humanitarian assistance. Photo: OCHA 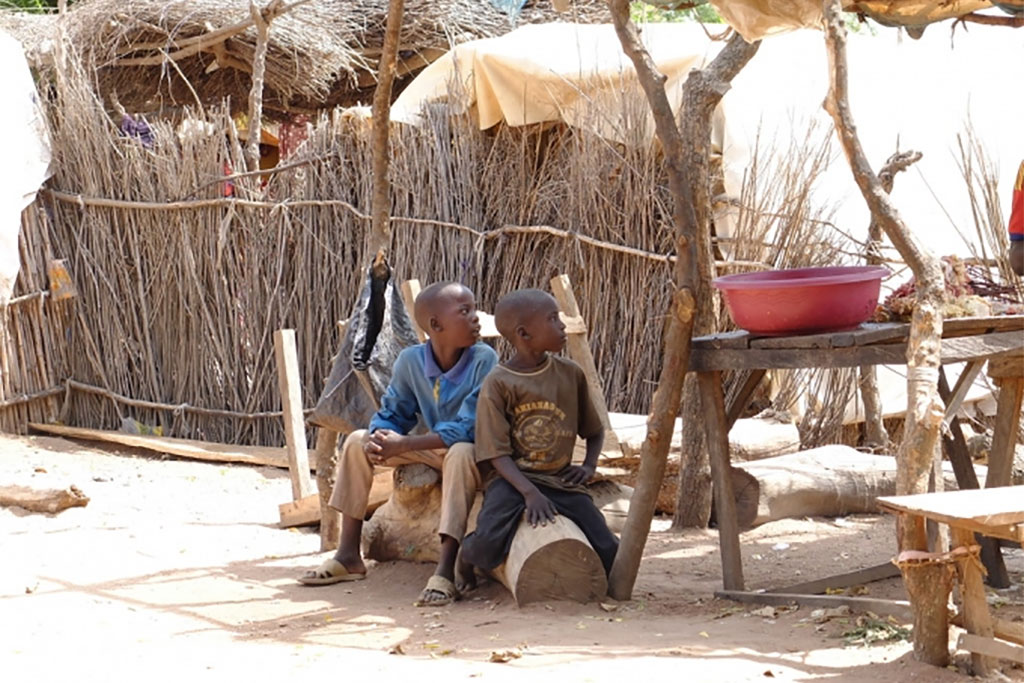 Although about one million displaced people have returned to their areas of origin since August 2015, and while the number continues to increase, many returnees remain stranded in other sites for displaced people because of ongoing insecurity, destroyed infrastructure and the absence of basic services. In Borno, for example, more than 470 health facilities are partially or completely destroyed. Photo: OCHA 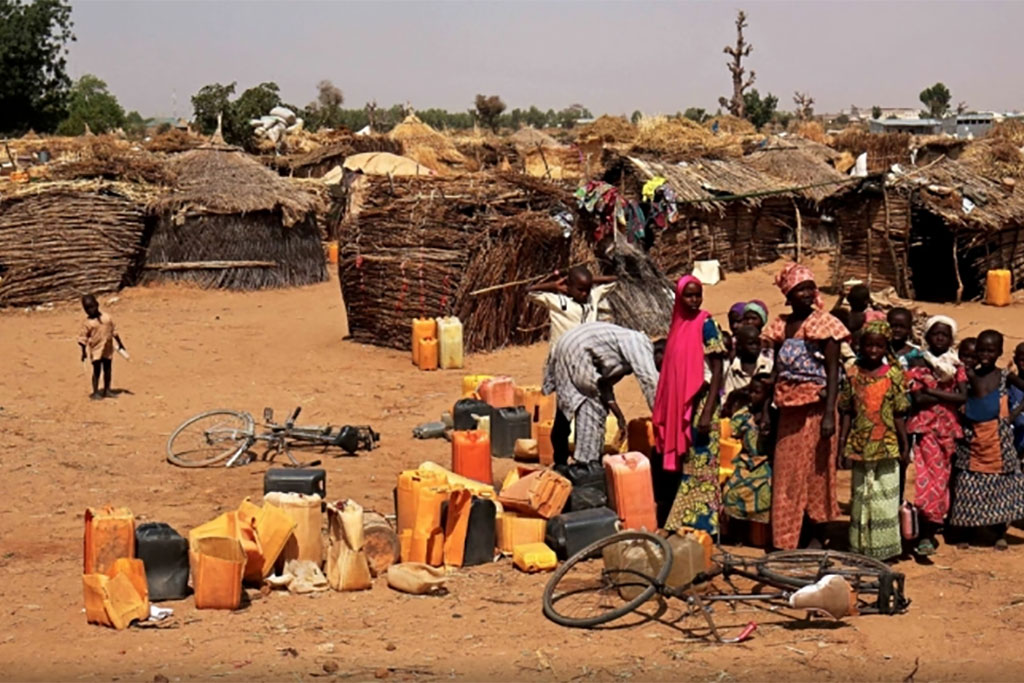 The UN’s humanitarian response has increased over the past year. Food assistance grew from reaching 600,000 people in August 2016 to 2.1 million people by December. Despite this progress, immediate funding is urgently required to support the scale-up of humanitarian operations. Photo: OCHA

As relief organizations increase response to the humanitarian emergency in the north-east of Nigeria, timely donor support amounting to a little over $1 billion is required to sustain life-saving assistance to millions people devastated by Boko Haram-linked violence, the United Nations relief aid wing has said.