Acute shortage of critical medicines, limited fuel for electricity and specialized medical staff such as intensive care doctors and nurses having left Yemen have put innocent lives in danger, the United Nations health agency has warned.

According to the UN World Health Organization (WHO), only 45 per cent of the country's health facilities remain fully functional and accessible and at least 274 have been damaged or destroyed during the conflict.

On top of this, drastic budget cuts have left health facilities without funds for operational costs and health care workers without regular salaries since September 2016.

One such example is the 320-bed Al-Thawra Hospital, the main functioning health facility in Al-Hudaydah (Yemen's third largest city) and neighbouring governorates. Many health facilities in the area have already closed.

Staffed by more than 1,200 employees – many of whom have not received their salaries for the past five months – the hospital provides care to some 1,500 people every day. This is a five-fold increase over the numbers in 2012 due to the influx of people displaced by ongoing conflict.

Most of the patients who arrive are unable to pay the minimal fees for hospital services.

Despite this, no one is turned away from Al-Thawra Hospital and medical staff provide care to everyone, regardless of whether they can afford to pay, noted the WHO news release. Recently, however, the hospital had to stop providing food for inpatients due to lack of funds.

But there are fears that recent arrivals of thousands of displaced women, men and children in the governorate could overburden the already weakened health facilities and vulnerable host communities.

“The World Health Organization (WHO) assists us by providing fuel and medicines for emergency interventions, and supporting the hospital's therapeutic feeding centre,” said Khaled Suhail, Director of Al-Tharwa Hospital.

“However, with no funds for operational costs, we never know if we will still be open one month from now,” he added. 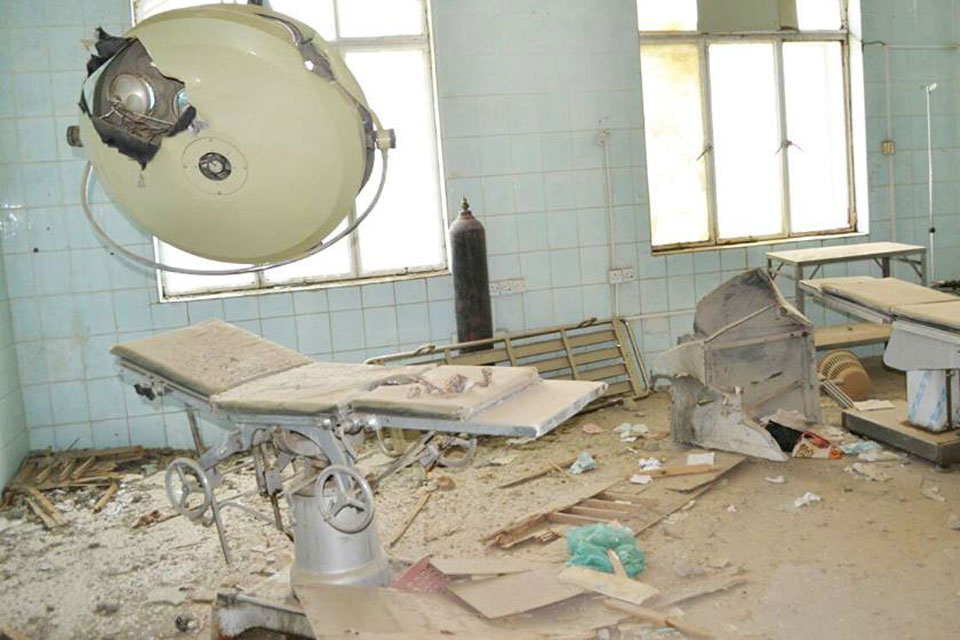 With more than 14.8 million people lacking access to basic health care, the current lack of funds means the situation will get much worseWHO Acting Representative in Yemen

According to WHO, since the escalation of the conflict in March 2015, health facilities across Yemen have reported more than 7,600 deaths and close to 42,000 people injured.

Malnutrition rates are also rising: almost 4.5 million people in Yemen, including 2 million children, require services to treat or prevent malnutrition, a 150 per cent increase since late 2014.

Of special concern are almost 462 000 children suffering from severe acute malnutrition and at risk of life-threatening complications such as respiratory infections or organ failure, said WHO.

And with severely limited budgets, things might get worse.

“With more than 14.8 million people lacking access to basic health care, the current lack of funds means the situation will get much worse,” said Nevio Zagaria, WHO Acting Representative in Yemen.

Responding to the crisis, the UN agency has established 15 therapeutic feeding centres in seven governorates, and plans to open 25 more as the numbers of malnourished children increases across the country, but its efforts are challenged by lack of funds.

“We are asked to fill gaps created by the collapsing health institutions,” noted Dr. Zagaria, adding: “[however] last year, [we] received less than half of the $124 million required.”

In 2017, UN agencies in the country and non-governmental organizations have appealed for $322 million to support health care in Yemen, of this amount WHO has requested $126 million.

“We urgently need resources to help support the health system as a whole, and are calling on donors to scale-up their support before more innocent lives are lost unnecessarily,” underscored Dr. Zagaria.

The complex crisis in Yemen continues to deepen, with United Nations agencies reporting today that perhaps one million people who had fled for safety are returning to their homes mainly due to a lack of access to income and basic services in the areas of displacement, warning that returnees often find the situation just as bad.