UNAMID/Hamid Abdulsalam
A panoramic view of Nyala, South Darfur, the second largest city in Sudan, after the capital, Khartoum.
19 January 2017

A United Nations human rights expert today welcomed the decision of President Barack Obama to lift most sanctions unilaterally imposed by the United States on Sudan.

“By lifting sanctions on Sudan, after adopting similar decisions on Cuba and Iran, President Obama will be remembered as a leader who listened to the international community and stakeholders, in particular the poor and the wretched who were the unintended main victims of such measures,” said Special Rapporteur on human rights and international sanctions, Idriss Jazairy, in a press release.

Since visiting the country in 2015, Mr Jazairy, who has reported extensively on the negative impact of the sanctions, noted that President Obama’s decision acknowledged the fact that the Government of Sudan has adopted positives actions over the past six months.

“I urge the Sudanese authorities to intensify their efforts to enhance peace and stabilization efforts and uphold human rights,” he said.

“The decision by the Obama administration to revoke sanctions, is in line with the recommendation I made in my 2016 report to the Human Rights Council,” the Special Rapporteur emphasized.

In his report, Mr. Jazairy had warned that imposing unilateral coercive measures (UCMs) on Sudan would “restrict trade and investment in the country, which in turn forces the population to face enormous challenges to their enjoyment of human rights.”

The UN rights expert cautioned that such measures significantly affected the right to health and an adequate standard of living, the right to food, the right to education and the right to development in the country. He also deplored that exemptions to the sanctions regime were largely ineffective “when financial transactions with the banking system in the Sudan are prohibited.”

In his report, Mr. Jazairy had made a number of recommendations to mitigate the impact of sanctions, including exceptions or waivers regarding trade in agricultural products and certain life-saving drugs, and called for the progressive lifting of prohibitions on remittance transfers from abroad, starting with imports recognized to be crucial to ensure basic human rights.

Finally, the expert said he was satisfied that his recommendation for a mechanism between the UN and Sudan to procure life-saving medicines had been implemented – with US approval under the auspices of the UN Office in Khartoum, in cooperation with the Sudanese Ministry of Health in March 2016. 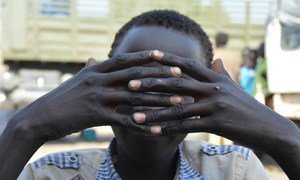