UNHCR/Mark Henley (file)
Syrian refugee children looking out from their new home in the small town of Gänserndorf, Austria. They are on a resettlement program for Syrian refugees, in cooperation with UNHCR.
19 January 2017

The United Nations refugee and migration agencies along with a host of partners today unveiled a new strategy and appeal to help address the challenges confronting hundreds of thousands of refugees and migrants in Europe.

The Regional Refugee and Migrant Response Plan, launched today by the Office of the United Nations High Commissioner for Refugees (UNHCR), the International Organization for Migration (IOM) and 72 other partners, is expected to play a key role in ensuring more efficient operations and a better coordinated response throughout 2017.

“Over the past two years, Europe's response to the arrival of over 1.3 million refugees and migrants on its soil has been faced with many challenges, including how to protect refugees and migrants,” said Vincent Cochetel, Director of Europe Bureau at UNHCR, adding that the Plan will help address those issues.

The Plan seeks to complement and strengthen Governments' efforts to provide safe access to asylum and protection of refugees and migrants and accords priority to enhanced partnership and coordination.

It also stresses the need for orderly and dignified migration management, and long-term solutions for refugees and migrants, including a robust relocation scheme, support to voluntary returns and reinforced alternative legal pathways to dangerous journeys, including resettlement and family reunification. 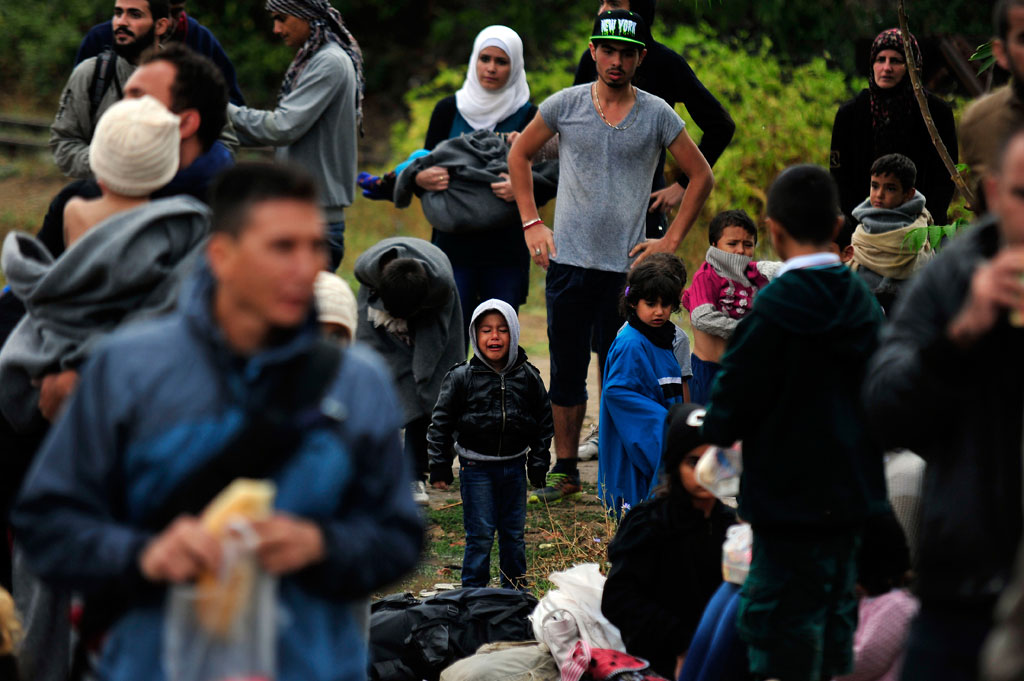 Children, women and men standing in a grassy area on a rainy day, near the town of Gevgelija, on the border with Greece. They are among the people who have fled their homes amid the ongoing refugee and migrant crisis. (file) Photo: UNICEF/Georgiev

According to the UN agencies, particular emphasis is placed on addressing the specific needs of refugee and migrant children as well as those of women and girls, including strengthening efforts to identify and support survivors of sexual and gender-based violence, and pilot projects for a more effective response to the needs of unaccompanied and separated children in Europe.

In 2016, over 25,000 unaccompanied and separated children arrived by sea in Italy alone.

“We are especially concerned about vulnerability and needs of migrant and refugee children especially women and girls and this initiative is exactly what is needed,” explained chief IOM spokesperson Leonard Doyle.

Large geographic scope to address requirements of people on the move

Further, highlighting the necessity to address not only the needs of a mainly static population, but also those of people who will continue to move irregularly within Europe, the agencies noted that the Plan covers a large geographical area, encompassing Turkey, Southern Europe, Western Balkans, Central Europe, and Western and Northern Europe.

They added that the total financial requirements amount to $691 million, with a population planning figure of up to 340,000 people, based on previous arrivals trends and people present in countries who will receive support through this Plan.

The United Nations refugee agency praised the Italian Coastguard in coordination with Frontex, the European Border and Coast Guard Agency, for rescuing some 1,500 people from boats on the Mediterranean struggling in rough weather throughout the weekend.