MONUSCO
Security forces standby in Kinshasa during demonstrations in the Democratic Republic of the Congo (DRC) on 19 and 20 December 2016.
23 December 2016

Amid reports that dozens of people have been killed in the Democratic Republic of the Congo (DRC) in recent days, the top United Nations human rights official has warned that repression of dissenting voices and a heavy-handed and irresponsible response to the protests risk provoking more violence and could cause further conflict in the country.

Over the past week, the UN Joint Human Rights Office in the DRC (UNJHRO) has documented at least 40 killings of civilians in Kinshasa, Lubumbashi, Boma and Matadi, mainly of people protesting against President Joseph Kabila’s refusal to step down at the official end of his mandate on 19 December.

“Such high casualty figures suggest a serious disregard by the various police, defence, and security forces of the need to exercise restraint in policing demonstrations. Not only are soldiers participating in law enforcement operations, but all the forces are heavily armed and using live ammunition,” the UN High Commissioner for Human Rights, Zeid Ra’ad al-Hussein, said in a news release.

According to the Mr. Zeid’s Office (OHCHR), some 107 people have also been injured or ill-treated, and there have been at least 460 arrests.

The High Commissioner further emphasized that law enforcement officials – including military acting in their capacity – must never use firearms except in cases where an individual represents an imminent threat to life or of serious injury and only in cases where less extreme means are insufficient. 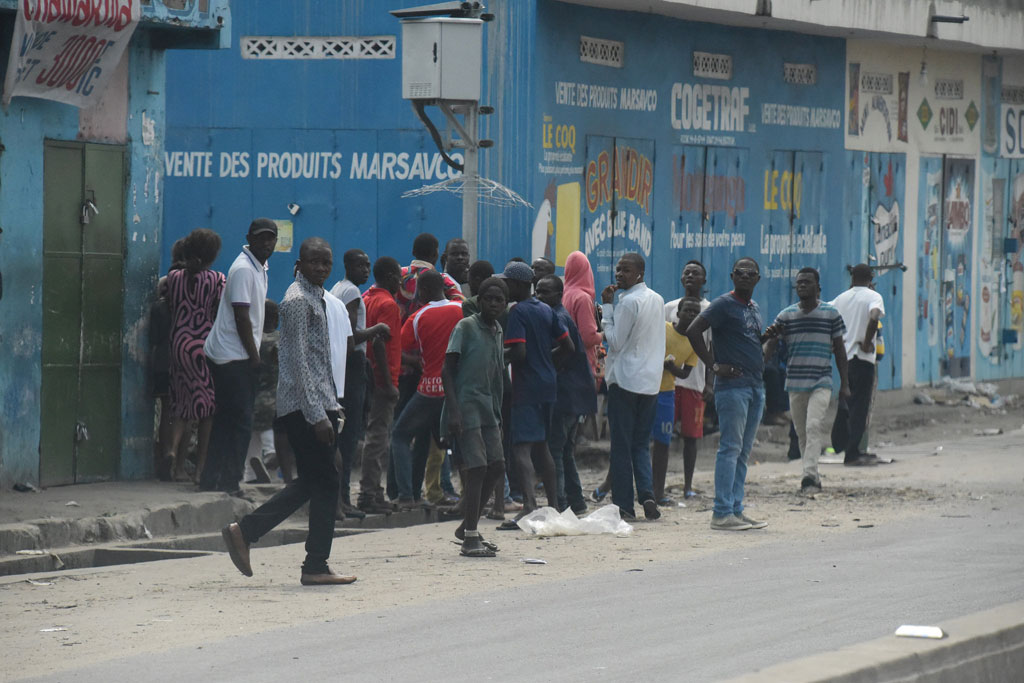 A group of people gather in Kinshasa during demonstrations in the Democratic Republic of the Congo (DRC) on 19 and 20 December 2016. Photo: MONUSCO

“The failure by the DRC authorities and the security forces to abide by their international obligations to guarantee people’s right to freedoms of expression and of association and assembly is to be deplored,” he said.

He warned that a violent repression of dissent risked provoking violence among protesters and could lead to further conflict throughout the country. In September, 54 people were killed in Kinshasa when defence and security forces used excessive force against demonstrators who were calling for the constitutional deadlines to be respected and for President Kabila to step down at the end of his second and final mandate. To date, no one has been held accountable.

“Such impunity for past violence appears to have fostered a belief among security personnel that they can open fire against demonstrators without being held accountable for their actions,” said Mr. Zeid.

Along with the National Episcopal Conference (known by the French acronym CENCO), which has been working to mediate an accord between the opposition and ruling parties, the UN human rights chief reiterated calls for an independent and transparent inquiry into the recent violence:

“It is essential that all those at whatever level who are responsible for human rights violations are held accountable", the High Commissioner added. "Without such a credible response from the government, the risk is that violent situations or ongoing conflict, including between communities over resources, could degenerate further.”

Calling on Congolese political leaders to place the interests of the country and its people above partisan considerations, United Nations Secretary-General Ban Ki-moon said today that he is keeping a close eye on the situation in the Democratic Republic of the Congo (DRC) as the mediation led by the Conférence épiscopale nationale des églises du Congo (CENCO) resumes.