Possibility of genocide in South Sudan is ‘all too real,’ Ban warns in opinion piece

Given the scale of the disaster in South Sudan, the United Nations Security Council, regional organizations and the international community must step up to their responsibility to the help the country’s people, who have suffered through three years of bloody conflict, Secretary-General Ban Ki-moon said today in an opinion piece published by Newsweek.

The UN chief recalled that following decades of war, South Sudan became the world’s newest country five years ago and when he attended the 2011 independence celebrations in the capital, Juba, “hopes were high that the long-suffering people of the oil-rich country would finally see the fruits of a peace dividend after a prolonged civil war. Instead, the people of South Sudan now face a more dismal anniversary.”

Mr. Ban said tens of thousands have been killed, the country’s social fabric has been “shattered,” the economy is ruined, millions have fled their homes, and hunger and poverty prevail. More than six million people are in need of life-saving aid. 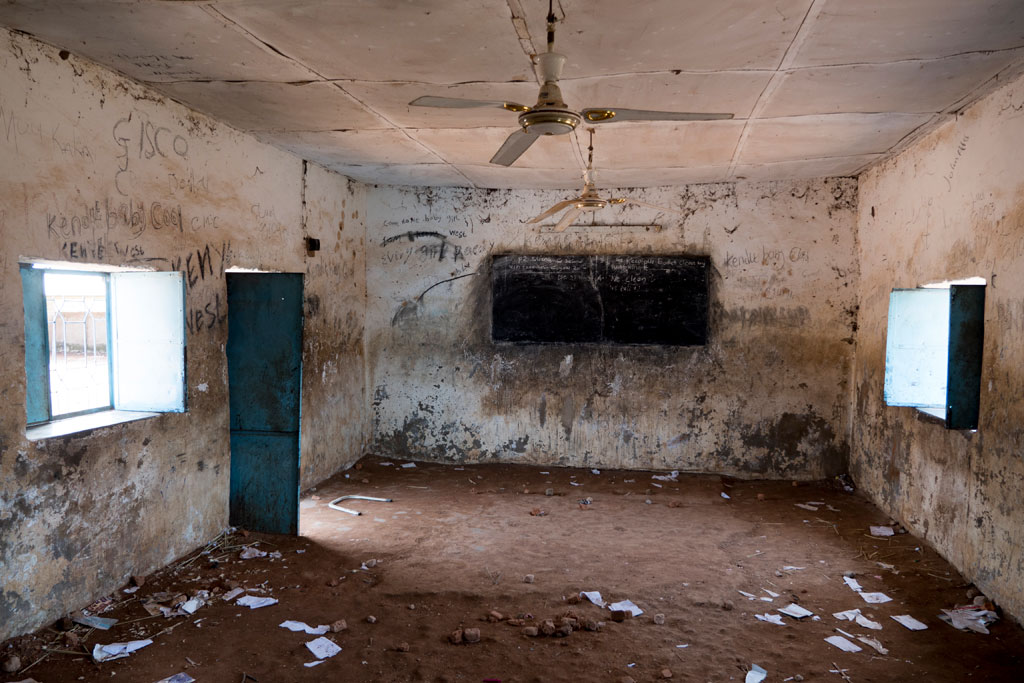 A primary school destroyed in conflict in Bentiu, Unity State. Years of war have destroyed the infrastructure of education in South Sudan. Photo: UNICEF/Sebastian Rich

“Meanwhile,” he wrote, “restrictions imposed by the Government of South Sudan on the UN Mission in the country,” known as UNMISS, and humanitarian organizations continue to tighten.He also pointed to the ways in which the Government has betrayed its people’s trust: “President Salva Kiir has pursued an ethnically-based strategy to suppress dissent, muzzle the media, exclude significant South Sudanese actors in the peace process, and unilaterally implement an agreement to reach elections.”

Other leaders in the country have intensified the conflict by “manipulating ethnicity for political gain.”

He warned that “the risk of these mass atrocities, which include recurring episodes of ethnic cleansing, escalating into possible genocide is all too real.”

Stakeholders in the region and the UN Security Council have been in a deadlock on how to respond to the conflict, despite the fact that thousands continue to die and suffer horrendous crimes. Mr. Ban insisted that the international community must meet its responsibilities, and noted that while leaders such as the former Malian President Alpha Oumar Konaré (the African Union High Representative for South Sudan) had made important strides, far greater action is required.

While the Secretary- General has taken important measures to improve UNMISS, he noted that the conflict would not be resolved simply by reinforcing the peacekeeping Mission. He called for a cessation of hostilities and an authentically inclusive political process and that if it were to not happen immediately, the Security Council should impose an arms embargo along with targeted sanctions to elicit peaceful cooperation from all parties. He added that perpetrators of crimes must be held accountable at all levels.

Noting that as the rainy season ends and both sides are gearing up for “another vicious cycle of violence,” Mr. Ban said swift action is critical and all leaders within the country are responsible for the restoration of inclusive dialogue.

“If they fail,” he concluded, “the international community, the region, and the Security Council in particular, must impose penalties on the leadership on both sides. We owe this to the people of South Sudan, who have suffered far too much, for far too long.” 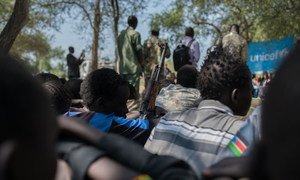 According to new figures released by the United Nations Children’s Fund (UNICEF), some 1,300 children were recruited by armed forces and armed groups in 2016, bringing the total number of children used in conflict since 2013 to more than 17,000.