14 December 2016
With about two-thirds of health facilities in parts of Nigeria’s restive north-east region either completely destroyed or partially damaged, United Nations Children’s Fund (UNICEF) has estimated that 400,000 children there could suffer from severe acute malnutrition over the next year.

“If they do not receive the treatment they need, 1 in 5 of these children will die. Cases of diarrhoea, malaria and pneumonia are on the rise, further endangering children’s lives,” said UNICEF Executive Director Anthony Lake in a statement today.

“These figures represent only a fraction of the suffering. Large areas of Borno state are completely inaccessible to any kind of humanitarian assistance. We are extremely concerned about the children trapped in these areas,” he added.

According to UNICEF, in the worst affected states of Borno, Yobe and Adamawa, farming has been disrupted and crops destroyed, food reserves depleted and often pillaged, and livestock killed or abandoned.

Mr. Lake added that UNICEF programmes on vaccinations, safe water and sanitation, and treatment for acutely malnourished children are making a difference in the areas it is able to reach but these are “nowhere close to enough.”

“Without adequate resources and without safe access, we and our partners will be unable to reach children whose lives are at imminent risk,” he warned.

Meanwhile, the UN health agency reported that of the 743 health facilities in Borno state, 35 per cent are completely destroyed, 29 per cent partially damaged and only 34 per cent intact.

In response to the crisis, WHO along with its partners has been supporting the Nigerian government to provide essential lifesaving health services, gather and analyse key health information, and prepare for and respond to disease outbreaks.

Additionally, about 100 temporary health facilities have been set up to support the response, of which 49 are emergency clinics for displaced people living in camps.

However, the UN health agency said that more resources are needed.

“The UN and partners need $94 million to provide health services to 6 million people, more than half of them children,” it noted in the release, adding: “Of this [we] need $31 million to deliver on [our] response plans in 2017.” 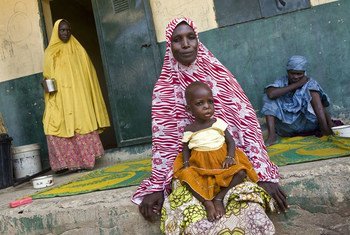