The United Nations International Labour Organization (ILO) has released a report on the rising rate of non-standard jobs, including regional and global trends and policy recommendations to respond to concerns for both workers and businesses.

Non-standard forms of employment (NSFE) are not new, but are becoming more common throughout the world and include temporary work, part-time work, temporary agency work and subcontracting, self-employment, and disguised employment relationships.

“We need to make sure that all jobs provide workers with adequate and stable earnings, protection from occupational hazards, social protection, and the right to organize and bargain collectively and that employees know the identity of their employer,” said Deborah Greenfield, ILO Deputy Director for Policy, in a press release.

On the one hand, NSFE can provide access to the labour market and increased flexibility for workers and employers. But on the other, warns the ILO report, NSFE is associated with greater insecurities for workers. In countries where the practice is widespread, workers risk getting caught in a cycle of non-standard jobs and unemployment. It documents a 30 per cent wage gap between those working temporary jobs and standard workers who perform similar work.

The report, Non-standard employment around the world: Understanding challenges, shaping prospects confirms that in some instances, especially those where contractual arrangements have blurred the employment relationship, workers are unable to exercise their fundamental rights at work or gain access to social security benefits and proper training. Injury rates are also higher among those in NSFE.

These trends have unintended consequences for businesses.

A third of the working population in Eastern Europe, Turkey and Central Asia are in informal or vulnerable jobs, and social safety nets are increasingly coming under threat. Photo: UNDP

“Short-term cost and flexibility gains from using NSFE may be outweighed by longer-term productivity losses. There is evidence that firms that use NSFE more tend to underinvest in training, both for temporary and permanent employees, as well as in productivity-enhancing technologies and innovation,” said Philip Marcadent, Chief of the ILO unit responsible for the report.

“Widespread use of NSFE may reinforce labour market segmentation and lead to greater volatility in employment, with consequences for economic stability. Research shows that temporary and on-call workers have more difficulty getting access to credit and housing, leading to delays in starting a family,” he added.

The report documents a number of different trends. In industrialized countries, part-time work falls into ‘very short hours,’ ‘on-call’ work, or ‘zero-hours’ contracts that have no minimum hour guarantee. These conditions are parallel with “casual work” in developing countries.

In the United States, 10 per cent of the workforce has irregular and on-call works schedules; those earning the least are most affected. In Bangladesh and India, almost two-thirds of wage employment is casual. One-third is casual in Mali and Zimbabwe. In Australia, where casual employment is a specific category, one in four employees is casual. 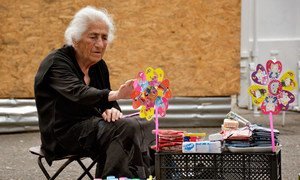 One third of the Eastern European and Central Asian workforce performs precarious jobs that include informal and vulnerable jobs, while approximately $65 billion in illicit cash leaves the region annually, according to a new report launched today by the United Nations Development Programme (UNDP).