Top United Nations officials have condemned attacks last night against a UN/Syrian Arab Red Crescent (SARC) aid convoy, as well as a SARC warehouse and health clinic in Urum al-Kubra (Big Orem), northwest of Aleppo city in Syria, in which about 20 civilians and one SARC staff member were killed and vital food and medical assistance was destroyed.

“Notification of the convoy – which planned to reach some 78,000 people – had been provided to all parties to the conflict and the convoy was clearly marked as humanitarian. There can be no explanation or excuse, no reason or rationale for waging war on brave and selfless humanitarian workers trying to reach their fellow citizens in desperate need of assistance,” said UN Emergency Relief Coordinator Stephen O’Brien in a statement issued yesterday evening by his office (OCHA).

According to the statement, initial reports also indicate that many people were killed or seriously injured, including SARC volunteers, as a result of the attacks. A SARC warehouse was also hit and a SARC health clinic was also reportedly severely damaged.

The attacks came on the heels of reports that the Syrian army had announced yesterday that the ceasefire that began on 12 September – aiming to curtail violence for seven consecutive days and allow access to humanitarian aid – had expired.

Condemning the attacks in the “strongest possible terms” and noting that he was “disgusted and horrified by the news,” Mr. O’Brien, who is also the Under-Secretary-General for Humanitarian Affairs, emphasized that international humanitarian law and human rights law plainly set out the basic responsibilities of warring parties to ensure the necessary protection of all humanitarian organizations, including personnel, facilities and other relief assets.

“Let me be clear: if this callous attack is found to be a deliberate targeting of humanitarians, it would amount to a war crime,” he said, calling for an immediate, impartial and independent investigation into the “deadly incident.”

“The perpetrators should know that they will one day be held accountable for violations of international humanitarian and human rights law,” he added.

Mr. O’Brien noted that despite very difficult and dangerous conditions, humanitarian aid organizations remain committed to continuing their work and reaching all those in need. In that regard, he reiterated a call for speedy, unconditional, and unimpeded and sustained access to the millions of people in need, particularly those in besieged and hard-to-reach areas across Syria.

“Now, more than ever, this horror has to be brought to an end,” he stressed. 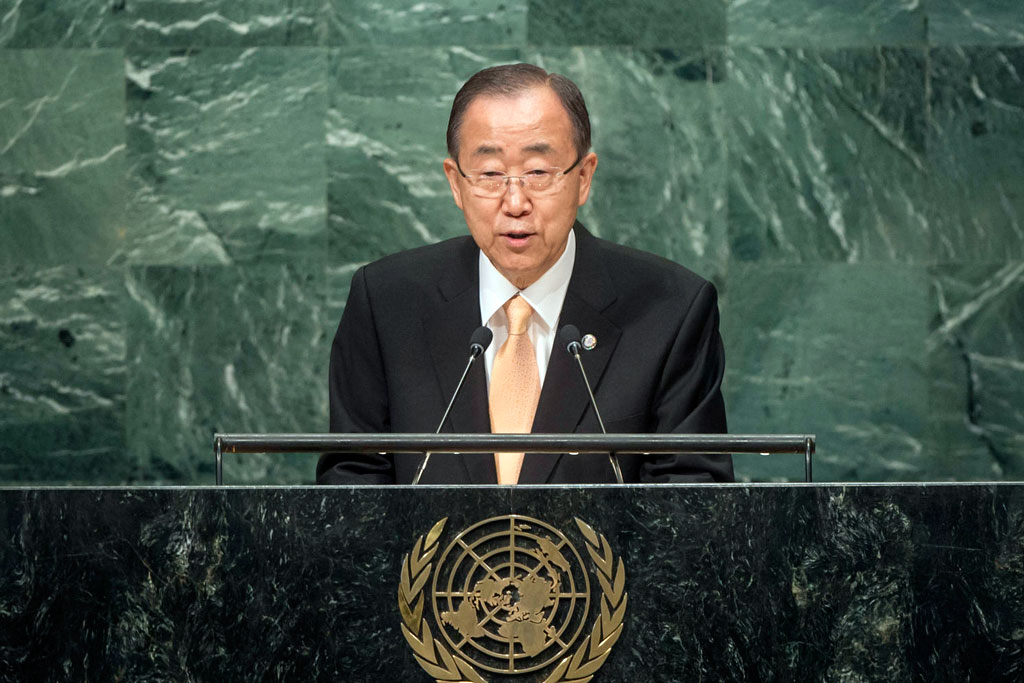 Secretary-General Ban Ki-moon at the opening of the general debate of the General Assembly’s seventy-first session. UN Photo/Cia Pak

Echoing those remarks, UN Secretary-General Ban Ki-moon referenced the attacks earlier today during the opening of the General Assembly’s annual general debate, emphasizing that the crisis in Syria is “taking the greatest number of lives and sowing the widest instability.”

“Just when we think it cannot get any worse, the bar of depravity sinks lower. Yesterday’s sickening, savage, and apparently deliberate attack on a UN-Syrian Arab Red Crescent aid convoy is the latest example,” the UN chief said.

Just when we think it cannot get any worse, the bar of depravity sinks lower

“The United Nations has been forced to suspend aid convoys as a result of this outrage. The humanitarians delivering life-saving aid were heroes. Those who bombed them were cowards. Accountability for crimes such as these is essential,” he added.

Along those lines, the General Assembly President Peter Thomson said in his opening remarks that the crisis in Syria continues to bring immense human suffering to the country’s people, both for those who have fled in search of sanctuary and those who have stayed under inhumane conditions.

“I strongly condemn the attacks on a UN aid convoy, seeking to bring desperately needed food and medical supplies to people in need. The deliberate targeting of humanitarian personnel is a flagrant violation of international law, and totally morally unacceptable,” he said.

In addition, the Executive Director of the UN World Food Programme (WFP), Ertharin Cousin, said in a statement that she was horrified by the attack.

“This assault on the humanitarian relief effort in Syria, however, will not discourage WFP from continuing to perform our life-saving service to all people in need across the country,” Ms. Cousin said. “I urge all parties to this hideous conflict to respect international law and our common humanitarian principles and provide unconditional, unimpeded, sustained and safe access to the millions of civilians in need across Syria, no matter where they are or who they are.”

In a separate press release, the Independent International Commission of Inquiry on the Syrian Arab Republic also condemned the attacks in the strongest possible terms.

“This attack comes at a critical time in which the unhindered and rapid delivery of aid to besieged areas had been agreed as a vital part of the cessation of hostilities agreement brokered between the United States and Russian Federation early last week. At a time when warring parties were meant to support the delivery of humanitarian assistance, aid deliveries have been deliberately obstructed or attacked,” the Commission said.

For his part, Commission Chair Paulo Pinheiro noted that the incident is a “particularly cruel blow to deliver to the people of Syria at a time when the priority was supposed to be on improving the humanitarian situation of besieged civilians.”

“Humanitarian aid workers are not a party to this conflict and they should never be targeted or their assistance politicized,” he stressed, calling on all parties to the conflict to respect international humanitarian law, especially the special protections afforded to humanitarian and medical personnel.

“Attacks against humanitarian personnel should be discussed urgently as part of the high-level meeting of the Security Council scheduled for tomorrow in New York,” urged Mr. Pinheiro. “Action is needed to ensure the protection of such workers and accountability for those who harm them.” 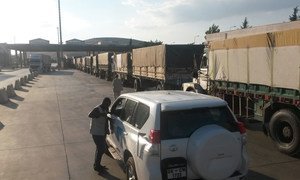 Expressing disappointment that humanitarian actors have not been able to reach eastern Aleppo in Syria, the United Nations humanitarian chief urged all parties to the conflict to facilitate regular and sustained access to the besieged and hard-to-reach areas across the country.