“Somalia’s security in its broadest sense is a common concern of the international community and the whole region, and that is why such importance has been placed by the Security Council in a legitimate transfer of power later this year,” said Michael Keating, the Special Representative of the UN Secretary-General in Somalia, in a briefing to reporters at the conclusion of the Council’s visit.

“The message of the Security Council is very clear: the international community looks forward to elections in August 2016 and will do everything possible to support them being free and fair and on time. But it urges immediate action to legalize the electoral model so that practical preparations can begin as quickly as possible,” he added. 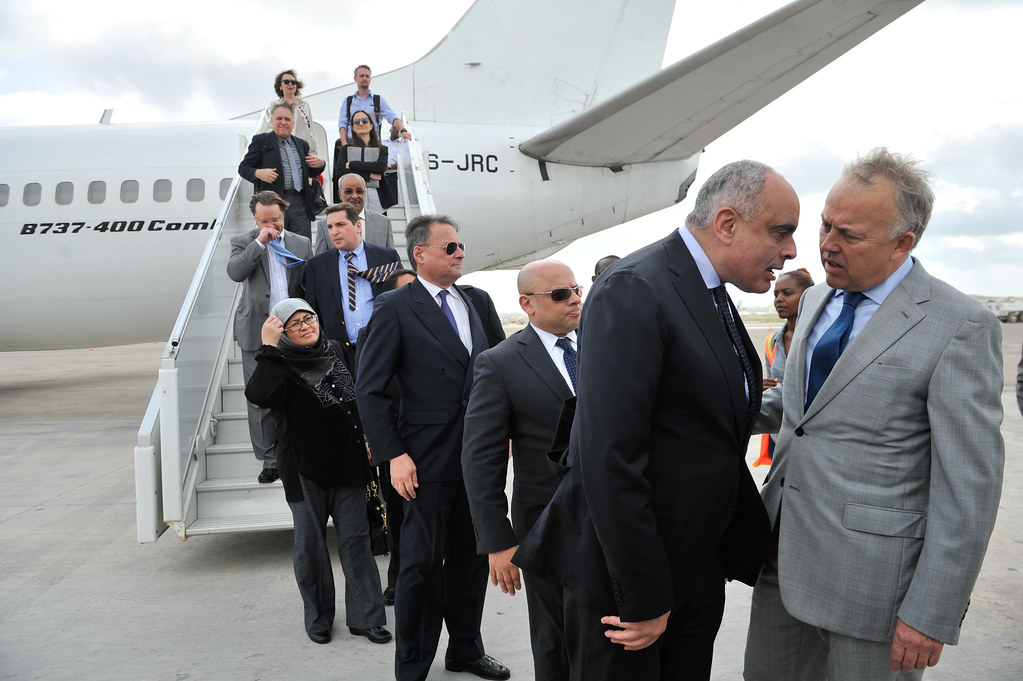 “We all are very grateful that you are here as the people of Somalia, that shows the level of commitment you have for Somalia,” said President Mohamud in welcoming remarks to the Council representatives.

During the press briefing, the current President of the Security Council called on Mr. Mohamud to utilize all available constitutional tools to make elections possible.

“We will provide our support to the government and the message is clear that we are here to help,” said Mr. Aboulatta. “But also it was a message that we need to move forward.”

Mr. Rycroft said his country places a high priority on developments in Somalia, and reaffirmed the Council’s commitment to help ensure peace and stability in Somalia.

“We had very good discussions about the political process and the need for elections to take place on the timetable already agreed by the leaders, which means elections in August of 2016,” he said.

“We were glad to talk in detail to the President, the Prime Minister, the Deputy Prime Minister and the presidents of the regions about what is needed in order to be ready for that date,” he added.

As part of the Council’s visit, prominent women leaders told members about the pressing need to promote the empowerment of Somali women and ensure that at least 30 per cent of the seats in the country’s next federal parliament be reserved for female candidates.

In a separate meeting with civil society representatives moderated by Mr. Keating, the issue of women’s representation in positions of leadership was addressed.

“We want full assurance that the international community and the UN will use their good offices to exert diplomatic pressure on our leaders, including the traditional leaders, to make gender parity and political representation a reality,” said Deqe Yasin, a Somali woman activist.

“We count on you and shall also hold you accountable,” she added.

The electoral model was formally endorsed at last month’s National Leadership Forum conference, and was subsequently submitted to the federal parliament by Somali Prime Minister Sharmarke on 30 April.

Expressing ‘grave concern’ at the fragility of the security situation in Somalia, the United Nations Security Council has called for progress on the constitutional review process in the country, and for the completion of the Federal State formation process to be accelerated.