Secretary-General Ban Ki-moon today announced the appointment of Jean Arnault of France as the head of the United Nations political mission that will be deployed in Colombia.

In his new capacity, Mr. Arnault, who has been leading the preparations for the future deployment of the mission, will also serve as the Secretary-General’s Special Representative in Colombia.

Mr. Arnault has been serving as the Delegate of the Secretary-General to the Sub-Commission on End of Conflict Issues within the Colombia peace process. This position had him working closely with the negotiating teams of the Government of Colombia and the Revolutionary Armed Forces of Colombia-People’s Army (FARC-EP) in the context of the peace talks underway in Havana, Cuba.

The Security Council in January 2016 approved moves to set up a UN political mission in Colombia, which would consist of unarmed international observers to monitor disarmament, should a final peace agreement be reached between the Government and the FARC-EP.

An experienced UN political official, Mr. Arnault moderated the peace process in Guatemala before being appointed the head of the verification mission in the country (MINUGUA).

He has also worked in senior positions with the UN in Afghanistan, Burundi, Georgia, and was recently the UN Special Adviser to the Group of Friends of Democratic Pakistan. 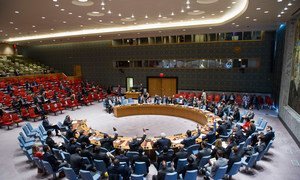 The Security Council today moved to set up a United Nations political mission in Colombia, approving a team of international observers to monitor disarmament should the Colombian Government and the Revolutionary Armed Forces of Colombia-People’s Army (FARC-EP) reach a final agreement to end Latin America’s longest armed conflict.