OCHA/Tilak Pokharel
At the Bandeu checkpoint in Nepal, inspectors and a police constable approach a bus to look for potential victims of child trafficking onboard.
9 February 2016

While the world clearly has the political will and legal tools to take on human traffickers and their criminal networks, what are needed is more meaningful international cooperation and adequate funding to take effective action, senior United Nations officials said today, warning that the scourge now has victims spread across 152 different citizenships in 124 countries.

“No region is immune,” Secretary-General Ban Ki-moon said in a statement delivered alongside the President of the General Assembly and the head of the UN anti-crime agency, at the high-level event, 'In Stronger Partnership and Coordination to Stop Human Trafficking: Eradicating Modern-Day Slavery through Sustainable Development,' held at UN Headquarters in New York.

Mr. Ban stressed the importance of strengthening partnerships and coordination in efforts to end the suffering of all victims of trafficking, including those subjected to slavery, servitude, forced labour or bonded labour. “With solid partnerships and a clear approach, we can ensure the criminals are brought to justice,” he said.

Today, more than 60 million women, children and men are fleeing conflict, escaping wars, or seeking a better life, he said, noting that many are being coerced into exploitation during their journey, and thousands are dying on sea and on land at the hands of callous smugglers. Far too many are women and children, he added. 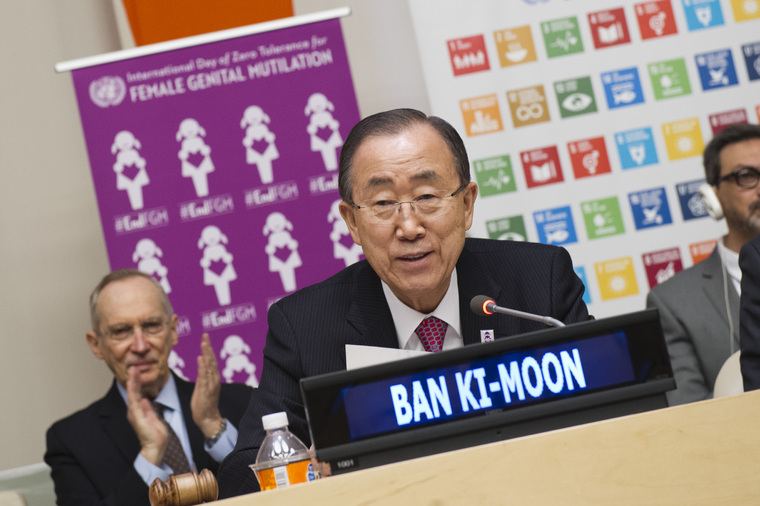 Recalling that the 2030 Agenda for Sustainable Development promises “more peaceful, just and inclusive societies which are free from fear and violence,” he called on the international community to work together for a world of universal respect for equality and non-discrimination; a world where the rights of all, regardless of national and social origin, can be protected, respected and fulfilled; a world of justice and accountability where human trafficking and smuggling, slavery, servitude, forced labour and bonded labour are no more.

In September, the United Nations will convene a high-level summit on “Addressing Large Movements of Refugees and Migrants” to enhance coherence and build alliances to confront these issues head-on.

For his part, Assembly President Mogens Lykketoft noted that the General Assembly agreed to hold a high-level meeting in late 2017 to conduct the second appraisal of the Global Plan of Action against Trafficking in Persons, adopted by in 2010. 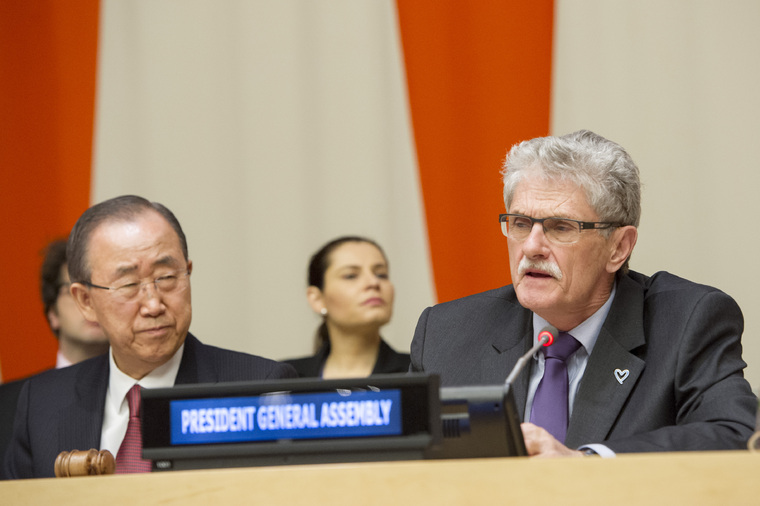 “The Global Plan of Action emphasizes the need for countries to comprehensively and vigorously address human trafficking and encourages them to assess the success of these activities,” he said, adding that the meeting in 2017 will allow Member States to further strengthen cooperation and coordination on prevention, on the prosecution of traffickers and on offering greater assistance to those who suffer most from this crime.

He went on to stress that the Sustainable Development Goals (SDGs) demand that States join together in partnership and cooperation to support people and communities everywhere. Through the Goals, member States had made a solemn promise that must be honoured in comprehensive and effective action. Such work includes the elimination of human trafficking, migrant smuggling and violence against women and children.

“Let us live up to this pledge, and by doing so, let us create the peaceful and inclusive societies that are foundations for lives of human rights, security and prosperity,” he said.

Also adressing the event, Yury Fedotov, the Director General of the UN Office on Drugs and Crime (UNODC), said the 2030 Agenda recognizes that human trafficking must be targeted in order to realize a number of SDGs, from achieving gender equality and empowering all women and girls, to promoting peaceful, inclusive societies and economic growth. 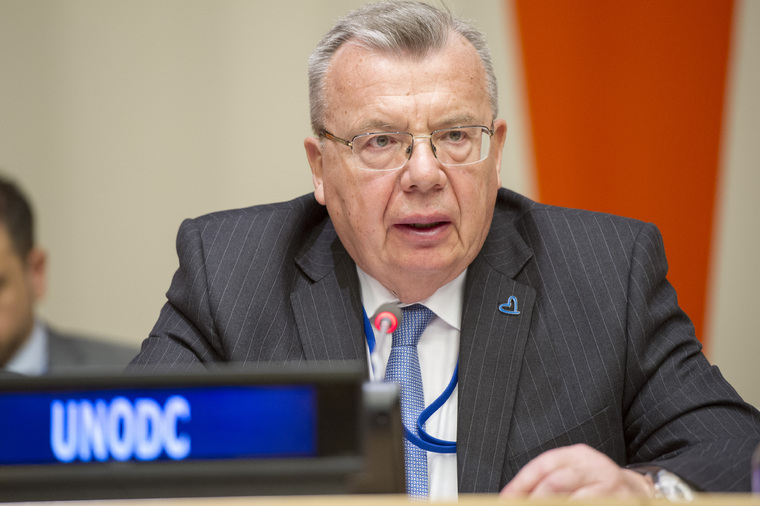 He also explained that as the guardian of the UN Convention against Transnational Organized Crime and its Protocols, UNODC remains committed and fully engaged in supporting Member States, including through our global programmes and network of field offices.

“We have also launched a joint EU-UNODC four-year Global Action to Prevent and Address Trafficking in Persons and Smuggling of Migrants, which will address the needs of thirteen countries in Africa, Asia, Eastern Europe and Latin America,” he explained.

“With the Convention and Protocol, we have the necessary foundation. We have well established frameworks and tools, and the right experience and expertise. What we need is more meaningful international cooperation and adequate funding to take effective action. Otherwise our efforts to stop this terrible crime, which hinders development and so unscrupulously profits from the despair and vulnerability of people everywhere, can only fall short,” warned Mr. Fedotov.

As flood of child refugees and migrants into Europe soars, UN calls for enhanced protection

Child protection systems across Europe are completely overwhelmed as the rate of youngsters in the flood of refugees and migrants has soared to one in three compared with one in 10 less than a year ago, the United Nations warned today, calling for strengthened steps to prevent exploitation and abuse.