World Bank/Lakshman Nadaraja
Working alongside her male team member, a female employee checks the quality of work at a dam under construction in Sri Lanka.
27 September 2015

As world leaders continued their Summit on the Sustainable Development Goals, UN Women and China co-hosted a landmark event today on gender equality and women’s empowerment at which Secretary-General Ban Ki-moon declared that the new Global Goals could not be achieved “without full and equal rights for half of the world’s population, in law and in practice.”

At the high-level ‘Global Leaders’ Meeting on Gender Equality and Women’s Empowerment: A Commitment to Action’ world leaders are expected to make concrete commitments and firm pledges to overcome gender equality gaps. The event was convened in New York at UN Headquarters on the closing day of the three-day UN Sustainable Development Summit.

“Today, world leaders are signalling their personal responsibility for gender equality and women’s empowerment,” said Secretary-General Ban Ki-moon at the event. “This is as it should be.”

But, said Mr. Ban, while progress has been made in many areas, there was still a long way to go.

“Far too many women and girls continue to be discriminated against, subjected to violence, denied equal opportunities in education and employment, and excluded from positions of leadership and decision-making,” he continued.

“We cannot achieve our 2030 Agenda for Sustainable Development without full and equal rights for half of the world’s population, in law and in practice. We cannot effectively respond to humanitarian emergencies without ensuring women and girls are protected and their needs prioritized,” he declared.

UN Women Executive Director Phumzile Mlambo-Ngcuka said: “The highest leaders in the land are taking personal responsibility for their commitment to gender equality and the empowerment of women.” She added that now, the world looks up to them to lead the game-changing actions that secure and sustain implementation. Today we take the first firm steps towards 25 September, 2030.

The UN chief commended the leadership of President Xi Jinping, and thanked both the Government of China and UN Women for organizing today’s event which, he said, marked the culmination of activities to mark the 20th anniversary of the landmark Beijing Declaration and Platform for Action.

He also called upon world leaders to commit to securing true gender equality.

“This means urgently addressing structural barriers, such as unequal pay,” said Mr. Ban, adding that it also meant recognizing women’s unpaid care burden, the right of women and girls to govern their sexual and reproductive health, ending violence against women and girls, building women’s equal participation in the political arena and in humanitarian response, conflict resolution and peacebuilding.

The Secretary-General also highlighted the importance of civil society, women’s organizations and human rights defenders in the work to drive the 2030 Agenda forward, and called upon the private sector to promote gender equality.

“We need a 50:50 Planet by 2030. Let’s step it up for gender equality,” he said. “As we look ahead to 2030, let us be able to say that today we marked a milestone in the quest to realize full and lasting gender equality.” 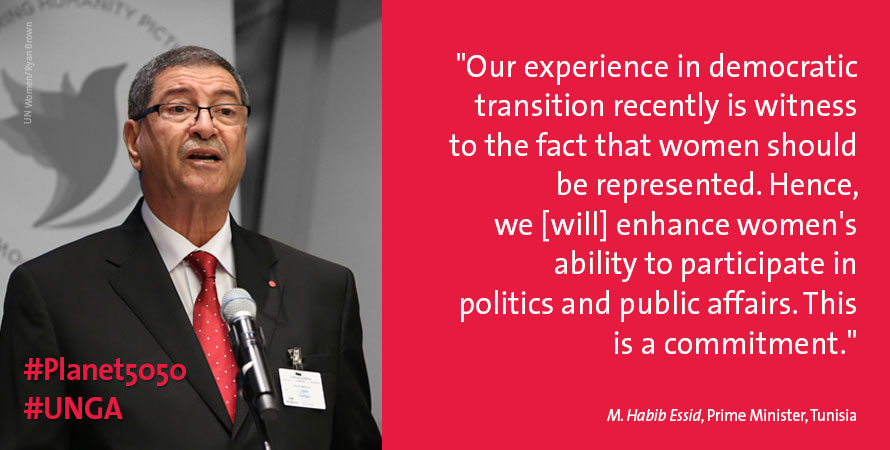 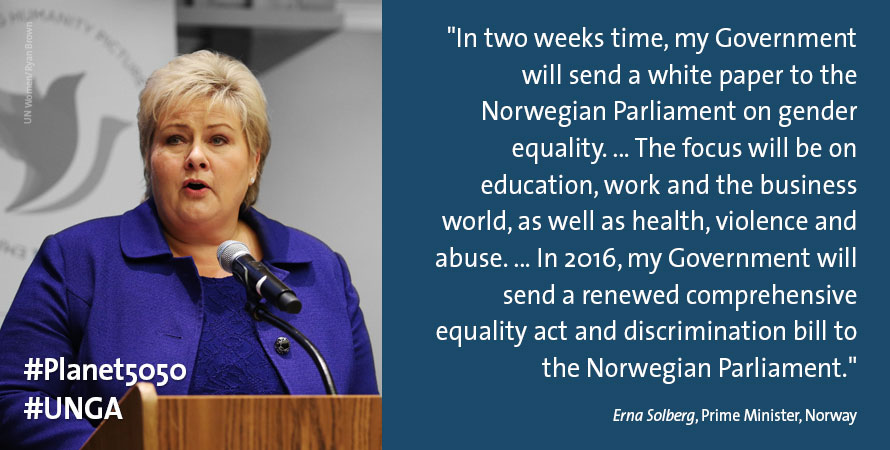 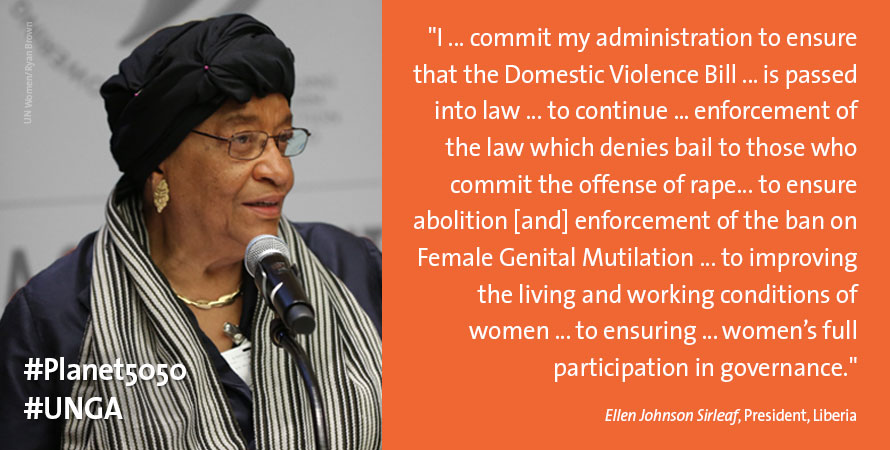 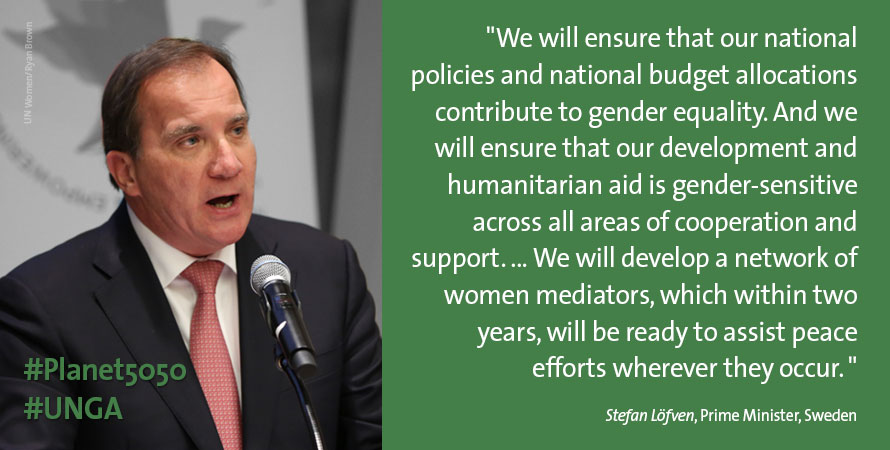 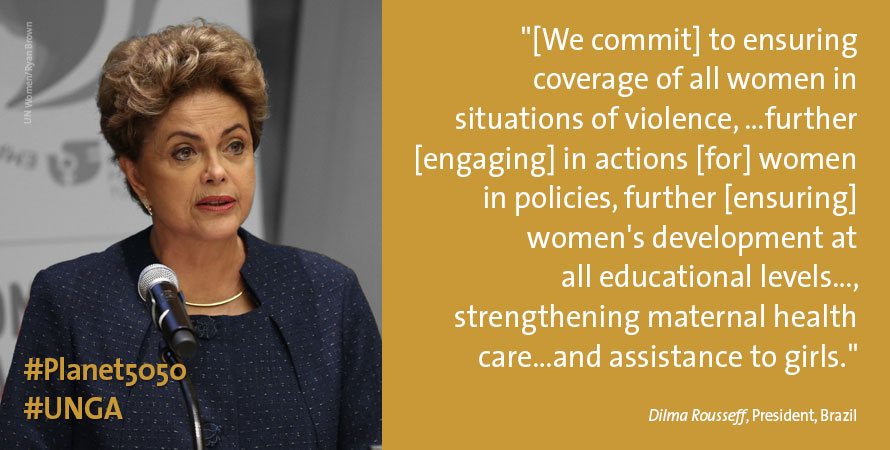 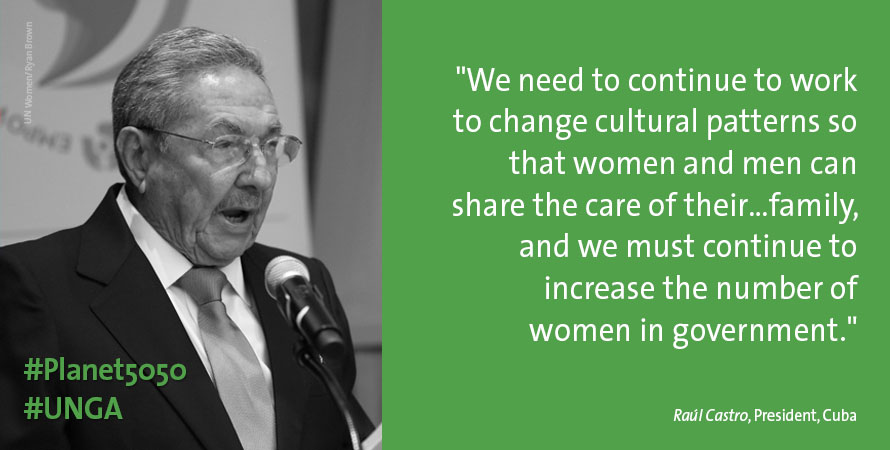 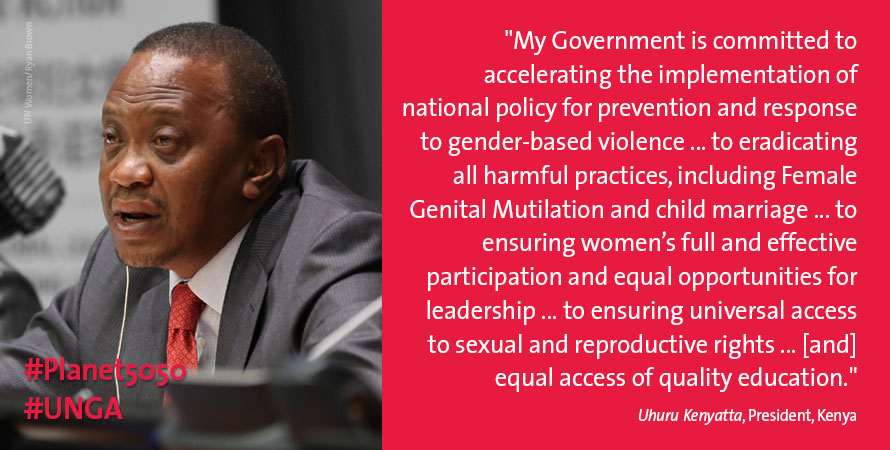 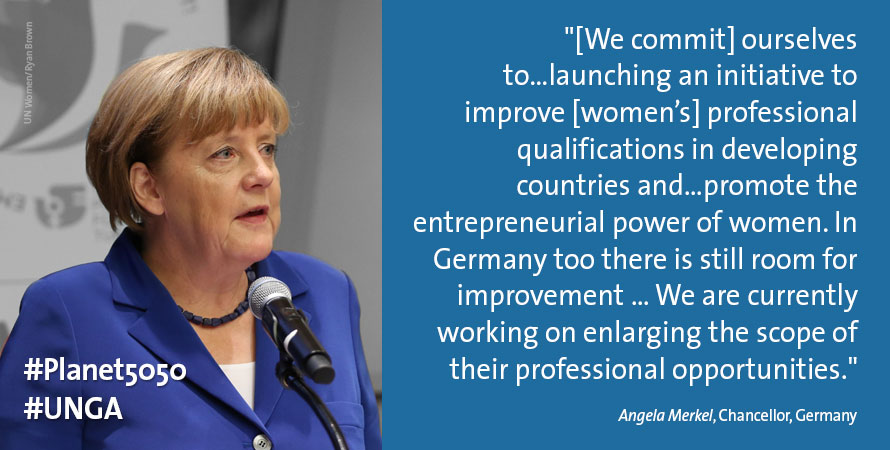 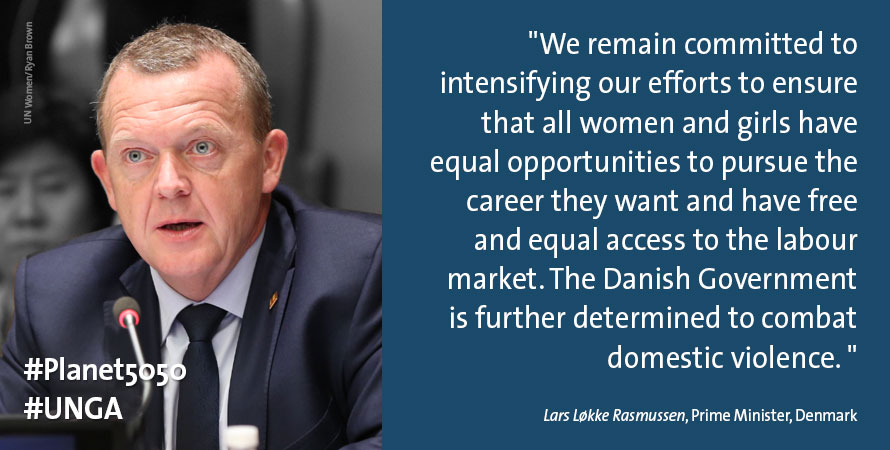 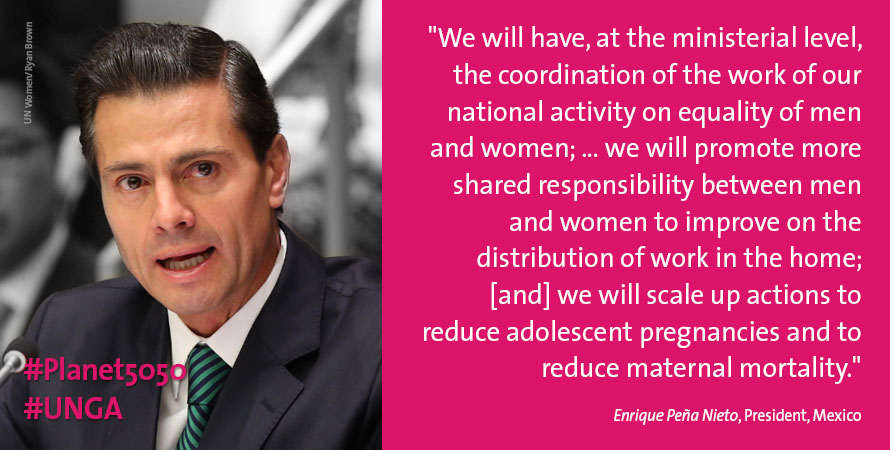 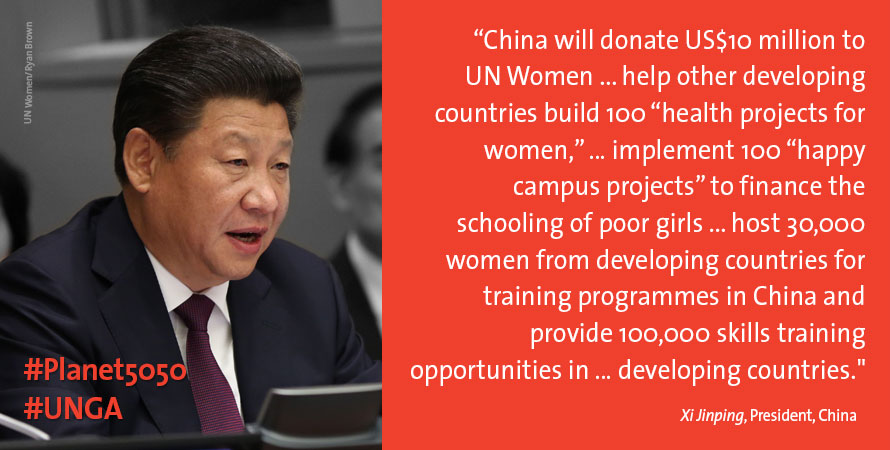 The United Nations High Commissioner for Human Rights said today that no country to date has achieved full equality between the sexes and urged the 47 members of the Human Rights Council “to do better than our societies” and make a real difference in achieving gender parity.