“Remembering the events of the past and paying tribute to those who perished should strengthen our resolve to prevent such events from ever happening again,” Adama Dieng said in a press release issued today.

“We have a collective responsibility to prevent genocide – and by commemorating the victims of the crime of genocide, we can dignify them and show that we are not indifferent, that we care about what happened to them and will never forget them.”

The 9th of December is the anniversary of the signing of the 1948 Genocide Convention. The International Day is intended to commemorate and honour the victims of the crime of genocide around the world, and to raise awareness of the Convention and its role in protecting populations from future genocides.

In adopting the resolution on Friday, without a vote, the 193-member Assembly reiterated the responsibility of each individual State to protect its populations from genocide, which entails the prevention of such a crime, including incitement to it, through appropriate and necessary means, and that fighting impunity for the crime of genocide is an important factor in its prevention.

“Genocide represents the very worst of humanity. No human being should experience such a terrible crime,” Mr. Dieng stated. 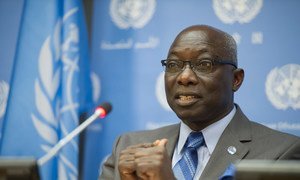 Not a single country is immune to the risk of genocide, said the United Nations Secretary-General’s Special Adviser on Prevention of Genocide today as he marked the 66th anniversary of the signing of the 1948 Genocide Convention.