WHO/V. Martin
At an open market in Haute-Savoie, France, a vendor offers a variety of vegetables, all produced meeting standards recommended by WHO.
7 April 2015

With the United Nations health agency highlighting food safety on World Health Day, the Secretary-General today called for unified efforts to ensure that production, distribution, and preparation of food is done safely.

“The health, agriculture, trade, and environment sectors need to work together,” said Ban Ki-moon. “We all have a role to play in keeping food safe – from farm to plate.”

Mr. Ban pointed to the more than 200 diseases that can come from contaminated food and to the constantly evolving threat from new production, distribution and consumption methods, as well as the emergence of resistant bacteria.

“With the food supply chain stretching around the world, the need to strengthen food safety systems within and among countries is becoming more critical,” he said. “That is why, on World Health Day, the World Health Organization (WHO) is calling on countries and all actors to improve food safety from farm to plate and everywhere in between.”

To mark the day, the WHO released new data on the harm caused by foodborne illnesses and the global threat posed by unsafe foods.

“Food production has been industrialized and its trade and distribution have been globalised,” said WHO Director-General Dr. Margaret Chan. “These changes introduce multiple new opportunities for food to become contaminated with harmful bacteria, viruses, parasites, or chemicals.”

The WHO's findings are part of a broader ongoing analysis of the global burden of foodborne diseases, the full results of which will be released in October, and they show that 582 million cases of 22 different foodborne diseases were reported in 2010, with 351,000 deaths from diseases including Salmonella, E.Coli and norovirus.

Most cases were recorded Africa and South-East Asia and 40 per cent of those suffering from food-borne diseases from contaminated food were children under five years-old.

In response, Dr. Chan stressed the need for coordinated, cross-border action across the entire food supply chain to ensure food safety as she launched World Health Day under the slogan 'From farm to plate, make food safe.'

“A local food safety problem can rapidly become an international emergency,” she said. “Investigation of an outbreak of foodborne disease is vastly more complicated when a single plate or package of food contains ingredients from multiple countries.”

How safe is your food? 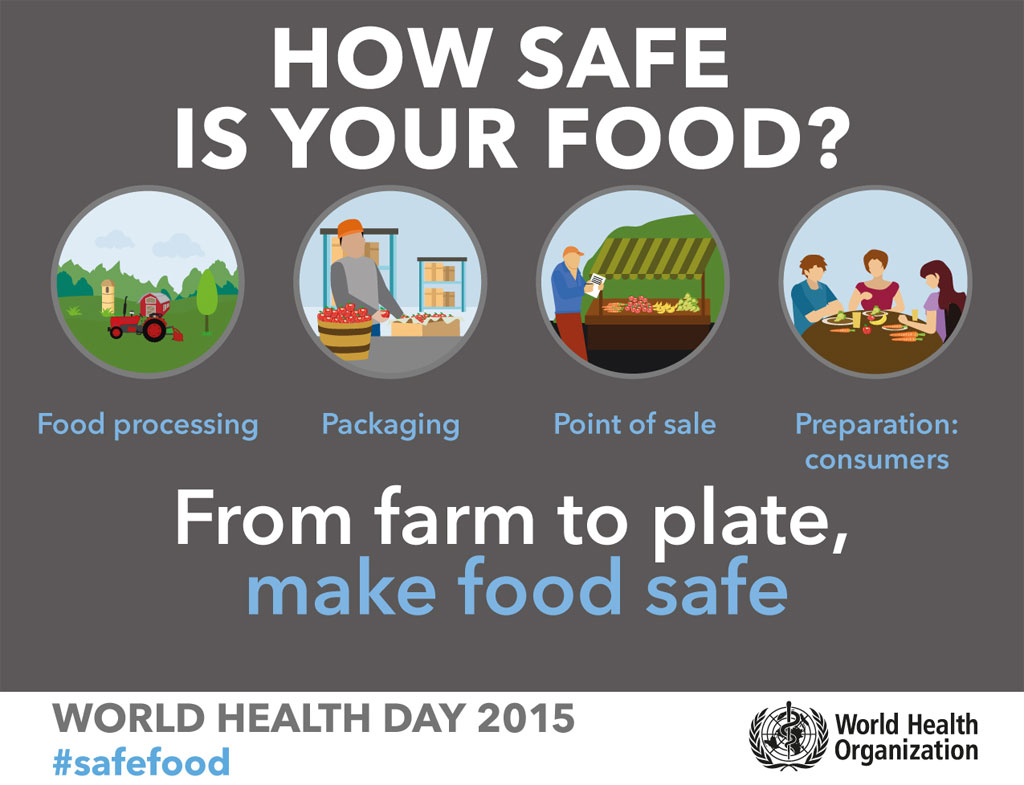 The global impact posed by unsafe food was not just found in the health impacts, with the economic impacts also high. Germany's 2011 E.coli outbreak, for example, reportedly caused $1.3 billion in losses for farmers and industries and $236 million in emergency aid payments to 22 European Union Member States.

To counter such emergencies, robust food safety systems are needed that drive Government and public action to safeguard against chemical or microbial contamination of food. The joint WHO-Food and Agriculture Organization (FAO) International Food Safety Authorities Network (INFOSAN) is aimed at ensuring effective and rapid communication during food safety emergencies.

“It often takes a crisis for the collective consciousness on food safety to be stirred and any serious response to be taken,” says Dr. Kazuaki Miyagishima, Director of WHO's Department of Food Safety and Zoonoses. “The impacts on public health and economies can be great. A sustainable response, therefore, is needed that ensures standards, checks and networks are in place to protect against food safety risks.”

Consumers also play important roles in promoting food safety, from practising safe food hygiene and learning how to take care when cooking poentially hazardous foods, like chicken, to reading labels when buying and preparing food. The WHO's 'Five Keys to Safer Food' explain the basic principles that each individual should know all over the world to prevent foodborne diseases.

In his remarks, UN General Assembly President Sam Kutesa said food safety is also a critical element of food and nutrition security and every effort must be made to prevent the prevalence of foodborne diseases, for the well-being of people, families and communities.

“The production of good, quality food will be critical for the achievement of the sustainable development goals (SDGs),” he said, adding that the importance of addressing malnutrition in relation to food security, health and poverty eradication is highlighted in the proposed SDGs which will be the main component of the post-2015 development agenda.

As we UN Member States sought to formulate that agenda, with the eradication of poverty and hunger at its core, we must all commit to ensuring the availability of affordable, diversified, safe and healthy food.

“Coherent policies, coordinated action among different stakeholders and the empowerment of consumers, particularly women, will be critical for ensuring that we meet our food safety and nutrition objectives, both now and in the future,” President Kutesa said. 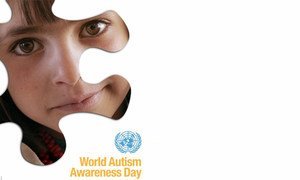