UNICEF/Brian Sokol
A group of boys displaced by violence in South Sudan, playing in a UNICEF-supported child friendly space.
11 February 2015

African girls and boys continue to be subjected to distressing levels of physical, sexual and emotional violence despite the significant legal and policy measures adopted throughout the region, according to a new United Nations-backed report.

Launched today at UN Headquarters in New York, The African Report on Violence against Children is the first comprehensive report of its kind in the region and builds upon the commitment put forward by African Union Member States to promote a so-called “Africa Fit for Children.”

The report was presented at a press briefing co-organized by the Permanent Mission of Zambia to the UN, the African Union, the Office of the Special Representative of the Secretary-General on Violence against Children, and the African Child Policy Forum (ACPF).

Although it acknowledges the notable progress made across Africa and fuelled by African States’ ratification of international and children’s rights instruments, the report also admits that such advancements may be hampered by the weak implementation of laws and policies, under-resourced and under-staffed social services, and harmful practices that remain embedded in long-standing community traditions.

The gains made across the continent for children’s rights have so far been remarkable. The report, in fact, notes that countries such as Angola and Ethiopia have made great efforts to incorporate anti-violence against children measures within their development agendas. Meanwhile, in Kenya, Tunisia, South Sudan and Togo, corporal punishment has been prohibited. All African countries have legal provisions criminalising sexual violence, abuse and exploitation.

The report, which reviews the prevalence and magnitude of different forms of violence against children in different settings across Africa, nonetheless advances a series of recommendations in order to further solidify the improvements already made in child welfare, including reinforcing national legal and policy frameworks to prohibit violence against children in all its forms and establishing clear prevention and response mechanisms, and strengthening the development of effective protection systems.

It also recommends building and supporting effective national programmes and services to protect children from violence; developing evidence-based advocacy strategies and implementing a pan-African campaign to change attitudes and behaviour that condone violence against children in African society; and ensuring co-ordination and synergy amongst national, pan-African and global actors – a crucial step for strengthening child protection systems that are comprehensive, well-coordinated and adequately resourced.

In a press release marking the report’s launch, Marta Santos Pais, the Special Representative of the Secretary-General on Violence against Children, underscored that freedom from violence remains “critical to achieving a sustainable future in which every child can grow up healthy, resilient, well-educated, culturally sensitive and effectively protected.”

“Ensuring that the protection of children from violence remains at the heart of the post-2015 development agenda,” Ms. Pais declared. “It’s crucial to safeguard children’s safety and development, to achieve social progress across all regions, and to build a world fit for all children.” 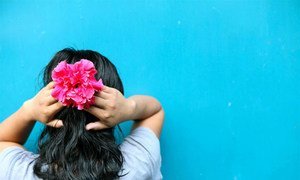 United Nations child rights experts today hailed a new treaty that allows children to complain directly to the world body about alleged violations of their rights.