The treaty, known as the Optional Protocol to the Convention on the Rights of the Child on a Communications Procedure, entered into force today – three months after Costa Rica became the 10th country to deposit its instrument of ratification.

“Today marks the beginning of a new era for children’s rights,” said Kirsten Sandberg, Chairperson of the UN Committee on the Rights of the Child; Marta Santos Pais, the Secretary-General’s Special Representative on Violence against Children; Leila Zerrougui, the Secretary-General’s Special Representative for Children and Armed Conflict; and Najat Maalla M’jid, UN Special Rapporteur on the sale of children, child prostitution and child pornography.

“Children are now further empowered as this Optional Protocol recognises their capacity to exercise and claim their own rights,” they said in a joint statement.

The Optional Protocol will enable children and their representatives to submit complaints to the UN Committee on the Rights of the Child about specific violations of their rights under the Convention, as well as under its other two Optional Protocols (on the involvement of children in armed conflict and on the sale of children, child pornography and child prostitution).

But children can only complain if their government has ratified the new Optional Protocol, and if they have exhausted all legal avenues in their own country.

“We hope that this new treaty will give voice to children’s testimonies and help them to obtain the necessary remedy and reparation. We applaud those States which, by ratifying this Protocol, have confirmed their determination to improve children’s access to justice,” said the experts.

The Convention on the Rights of the Child is the most widely and rapidly ratified human rights treaty in history. Only two countries – Somalia and the United States – have yet to ratify.

The experts hoped the new Optional Protocol will soon reach universal ratification, saying this will signify that States take their obligations seriously and are ready for any scrutiny concerning individual allegations of child rights violations.

“In order to reach out to the most vulnerable and marginalised children, the Optional Protocol should be widely publicised and countries should inform the public and raise awareness amongst children of their right to complain and seek redress,” they added. 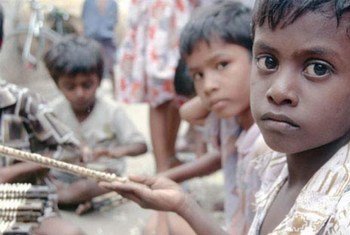 14 January 2014
A new legal instrument allowing children or their representatives to file a complaint with the United Nations Committee on the Rights of the Child is set to go into effect in April, following its final required ratification, the United Nations today announced.