UNICEF/Alessio Romenzi
Nearly 400,000 children in Gaza are suffering from psychosocial distress as a result of the 50-day armed conflict in 2014.

8 December 2014
Never in recent memory have so many children been subjected to such unspeakable brutality, the United Nations Children’s Fund (UNICEF) said today, as 2014 has been “devastating” for some 15 million children caught up in violent conflicts around the world.

“This has been a devastating year for millions of children,” said Anthony Lake, UNICEF Executive Director, in a press release issued by his organization.

“Children have been killed while studying in the classroom and while sleeping in their beds; they have been orphaned, kidnapped, tortured, recruited, raped and even sold as slaves,” Mr. Lake said. “Never in recent memory have so many children been subjected to such unspeakable brutality.”

As many as 15 million children are caught up in violent conflicts in the Central African Republic, Iraq, South Sudan, Syria, Ukraine and in the Occupied Palestinian territories – including those displaced in their own countries or living as refugees outside their homeland, according to UNICEF.

And an estimated 230 million children live in countries and areas affected by armed conflicts, it said.

Yet, UNICEF said: “The sheer number of crises in 2014 meant that many were quickly forgotten or captured little attention.”

“Protracted crises in countries like Afghanistan, the Democratic Republic of the Congo, Nigeria, Pakistan, Somalia, Sudan and Yemen, continued to claim even more young lives and futures,“ it said.

The children’s agency went on to say that 2014 has also posed significant new threats to children’s health and well-being, most notably the Ebola outbreak in West Africa, which has left thousands of children orphaned and an estimated 5 million out of school.

“Violence and trauma do more than harm individual children – they undermine the strength of societies,” said Mr. Lake. “The world can and must do more to make 2015 a much better year for every child.”

In 2014, UNICEF said children have been kidnapped from their schools or on their way to school, recruited or used by armed forces and groups. It also noted a rise in attacks on education and health facilities and use of schools for military purposes:

UNICEF said it and its partners have worked together to provide life-saving assistance and other critical services like education and emotional support to help children growing up in some of the most dangerous places in the world. 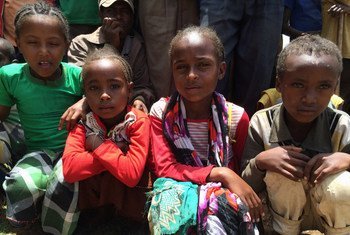 20 November 2014
As countries around the world celebrate the 25th anniversary of the adoption of the Convention on the Rights of the Child, the United Nations family today hailed the landmark treaty as a powerful human rights tool, while taking stock of the long-standing disparities that must be addressed to propel actions for the well-being of all children into the future.