UNICEF/Kate Holt
At age one, Fatima was subjected to female genital mutilation/cutting (FGM/C) in her village in Afar Region of Ethiopia which has one of the world’s highest prevalence rates.

30 October 2014
The practice of female genital mutilation (FGM) must come to a quick end and the global media can play a critical role in making that happen, Secretary-General Ban Ki-moon affirmed today during his visit to the Kenyan capital of Nairobi.

Speaking at the launch of the Global Media Campaign against female genital mutilation organized by the Guardian Media Group, the Secretary-General underscored the importance of placing a greater media focus on the issue, which condemns millions of girls and women to the brutal practice each year.

“Change can happen through sustained media attention on the damaging public health consequences of FGM, as well as on the abuse of the rights of hundreds of thousands of women and girls around the world,” Mr. Ban confirmed.

New data recently released by the United Nations Children’s Fund (UNICEF) shows the need for urgent action to end FGM. According to UNICEF, more than 130 million girls and women have experienced some form of female genital mutilation in the 29 countries in Africa and the Middle East where the harmful practice is most common.

In his remarks, Mr. Ban highlighted the courage of individual activists in promoting greater awareness among at-risk girls and women, noting that sustained public pressure along with media awareness could help generate “concrete results.”

In the United Kingdom, where over 20,000 girls are currently at risk of FGM, Mr. Ban praised the efforts of Fahma Mohamed who had secured a commitment from the Government to write to all schools warning about the dangers of the practice. Meanwhile, in the United States, where risks are similarly high among certain diaspora communities, he cited the Guardian campaign led by FGM survivor Jaha Dukereh which led the Government to promise to carry out the first national survey on FGM prevalence.

“The mutilation of girls and women must stop in this generation – our generation,” the Secretary-General said, adding that the fight to end FGM was not solely limited to female campaigners.

“Men and boys must also be encouraged to support the fight against FGM – and they should be praised when they do.”

As part of its wider Organizational push to end FGM, Mr. Ban announced a new, joint UN Population Fund (UNFPA) – Guardian International FGM Reporting Award to be granted annually to an African reporter who has demonstrated “innovation and commitment” in covering FGM. The competition winner, he said, would spend two months training and working at The Guardian’s offices in London while, in Kenya, another five joint UNFPA-Guardian FGM Reporting Grants would also be awarded to the country’s leading media houses to help support their reporting on FGM.

“Ending FGM is part of the UN’s unwavering campaign for the health, human rights and empowerment of women and girls,” said Mr. Ban. “We salute the girls and women who have fought against FGM and reclaimed their bodies. We now need them to be the norm rather than the exception.”

The Secretary-General’s visit to Kenya is the fourth stop in a visit to the Horn of Africa aimed at promoting development and consolidating peace and security across the wider region. The trip unites the capacities of the UN, World Bank, European Union, Islamic Development Bank, and African Development Bank and targets a swathe of countries in the Horn of Africa, spanning Djibouti, Eritrea, Ethiopia, Kenya, Somalia, South Sudan, Sudan and Uganda, with an $8 billion development initiative.

During his visit to Nairobi, Mr. Ban and other senior UN officials also met with the President of Kenya, Uhuru Kenyatta, as over 42 African countries adopted a new “historic” framework aimed at setting in motion the continent’s sustainable transport transition, a press release from the UN Environment Programme (UNEP) announced.

The framework, formulated at the Africa Sustainable Transport Forum (ASTF), organized by UNEP, the World Bank, and the UN Human Settlements Programme (UN-Habitat), seeks to reduce greenhouse gas emissions from transport in Africa by encouraging governments to adopt a comprehensive approach that aims to promote the use of low-emission non-motorized transport, the development of quality public transport and increase investment in clean technologies.

Achim Steiner, UNEP Executive Director, welcomed the adopted framework, stating that it provided “a window of opportunity to mitigate climate change threats and ensure the health and well-being of millions of Africans by introducing clean and efficient transportation.”

“The ASTF Framework will provide the platform for Africa’s decision-makers to share best practices, coordinate sustainable transport efforts and provide focus to development planning to transition its transport sector into one that is more resource-efficient, environmentally sound and cost-effective for its ambitious and increasingly mobile population,” he stated.

Joan Clos, Executive Director of UN-Habitat, agreed. “The ASTF Framework, and the bi-annual ASTF meetings, will allow leaders to share knowledge and best practices, while acting as a mechanism for funding and investment for sustainable transport infrastructure across the region.” 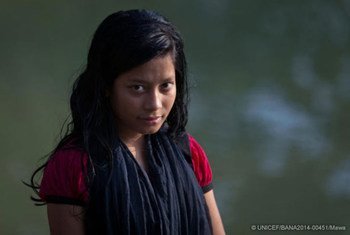