The head of the United Nations agency tasked with defending press freedom today denounced the killing of a Mexican television journalist in his hometown of Guadalupe, in the north-central part of the country.

“The heinous crime that took the life of Nolberto Herrera Rodrìguez deprives the citizens of Zacatecas of a professional voice whose duty was to keep them informed,” Director-General of the UN Educational, Scientific and Cultural Organization (UNESCO), Irina Bokova said.

Mr. Rodrìguez was working as a camera operator, editor and reporter for Channel 9 television and other media.

According to the organization, Reporters Without Borders, his family discovered his body on 29 July. Mr. Rodrìguez had reportedly been stabbed multiple times.

The head of the UN agency called on the Mexican authorities to fully investigate and bring those responsible to justice.

In March, UNESCO launched the “World Trends in Freedom of Expression and Media Development.” The study focuses on the latest challenges affecting media development and freedom of expression.

The report stresses the increasing number of media workers killed worldwide. According to UNESCO figures, more than 430 journalists were killed between 2007 and 2012.

Mr. Rodrìguez’s name will be added to the UN agency’s dedicated webpage for journalists. 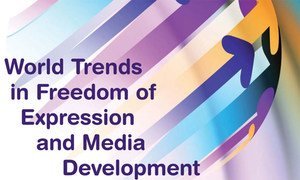 “Tectonic shifts” in technology are having mixed results for freedom of expression and media development – sparking unprecedented creativity and dialogue, while also ushering in increased use of censorship policies and measures that do not comply with international norms – the United Nations cultural agency reports in a study being launched today at Headquarters.