The United Nations health agency today presented a new plan aimed at eliminating tuberculosis (TB) in over 30 countries with low levels of the infectious airborne disease.

The plan, presented by the World Health Organization (WHO) and the European Respiratory Society (ERS), outlines an initial “pre-elimination” phase, aiming to have fewer than 10 new TB cases per million people per year by 2035 in these countries.

The goal is to then achieve full elimination of TB by 2050, defined as less than 1 case per million people per year, according to a WHO news release.

“Universal health coverage, which ensures everyone has access to the health services they need without suffering financial hardship as a result, is the bedrock. The key is to target smart TB interventions towards the people who need them most,” Dr. Nakatani stated.

Although the disease is preventable and curable, in these 33 settings, 155,000 people still fall ill each year and 10,000 die. Millions are infected and at risk of falling ill.

“Countries with a low incidence of TB are uniquely positioned to reach historically low levels of TB,” Dr. Mario Raviglione, Director of WHO’s Global TB Programme, stated. “They can serve as global trailblazers.”

The plan, presented today in Rome, was developed with experts from low-burden countries and adapted from the new WHO global TB strategy, 2016-35, approved by the World Health Assembly in May 2014.

It highlights the effectiveness of eight key interventions, including ensuring funding and stewardship for planning and services of high quality, and addressing the most vulnerable and hard-to-reach groups.

The most vulnerable groups include people who are poor or homeless, migrants, and members of ethnic minorities. In addition, people who use drugs or are incarcerated, and people with compromised immune systems – such as those living with HIV, malnutrition, diabetes, smokers and heavy drinkers – all have a much greater risk of falling ill with TB. Many of these vulnerable groups face barriers in accessing health services.

Towards TB elimination in low-incidence countries. Credits: WHO

WHO added that eliminating the disease in low-burden countries will require dramatically scaling up TB prevention and care in high-incidence countries. This interdependency calls for concerted action and close collaboration between countries with high and low burdens of TB.

“Powerful antibiotics and better living standards have almost pushed the disease out of many high-income countries. But we still have not succeeded. And if we do the wrong things now, TB could rebound, including with more drug-resistant forms,” said G. B. Migliori from ERS.

“But if we get it right, and recommit to fighting the disease, both at home and abroad, TB will eventually no longer be a public health threat.” 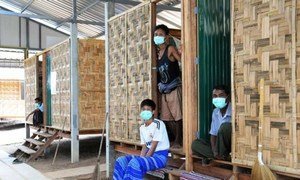 On World Tuberculosis Day, the United Nations is calling for intensified global solidarity to eradicate the preventable disease, particularly by mobilizing the resources to bridge the “substantial” funding gap for TB care and control.