FEATURE: For winners of UN essay contest, multilingualism makes the world go ‘round

An Arabic-speaking Chinese woman? A Mandarin-speaking Malagasy lady? A Spanish-speaking Portuguese gentleman from France? At first glance – or “listen”– all this might seem a bit strange, since the subjects come from cultures that are quite different from the languages they have chosen to speak and develop an expertise in.

Yet, these linguistic mavericks are among the 60 winners of an essay competition co-organized by the United Nations Academic Impact (UNAI) and ELS Educational Services, Inc. Their love of languages has brought them to New York, and their enthusiasm for global citizenship helps them bridge cultural divides.

The winners were chosen from among more than 4,000 students worldwide – from freshmen to doctoral candidates, majoring in fields as diverse as architecture and pharmacy – who participated in the “Many Languages, One World” contest. Today, they presented their essays at a Global Youth Forum in the General Assembly Hall at UN Headquarters.

Unlike a traditional essay competition where entrants write in their native language, participants in the UN Academic Impact contest were not only required to write in one of the six UN official languages – Arabic, Chinese, English, French, Russian and Spanish – but one that was not their mother tongue or the medium of instruction of their education.

“It's not just the acquired fluency in a foreign language that has astonished us in so many of the entries,” said Ramu Damodaran, Deputy Director of the Outreach Division and Chief of UNAI at the UN Department of Public Information, commenting on the outcome of the essay contest.

“[It is] the thoughtful and reasoned perspectives they bring, making elusive concepts almost colloquial,” he stressed.

To that end, one of the winners, Sandratrarivo Randriamanohisoamalala, a Malagasy student who attends university in China, told the UN News Centre: “For young people, multilingualism [is like a] passport is for travelers.” 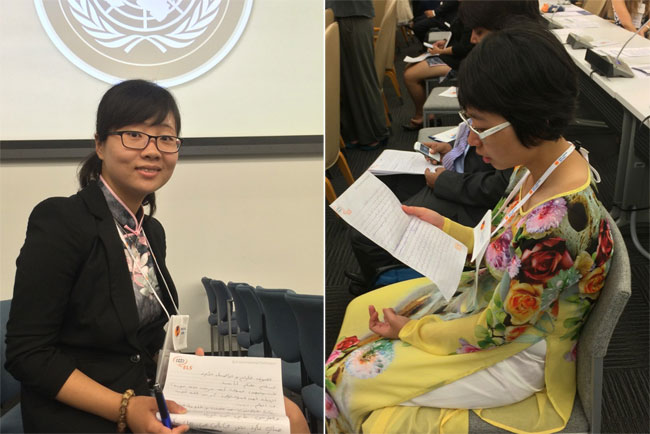 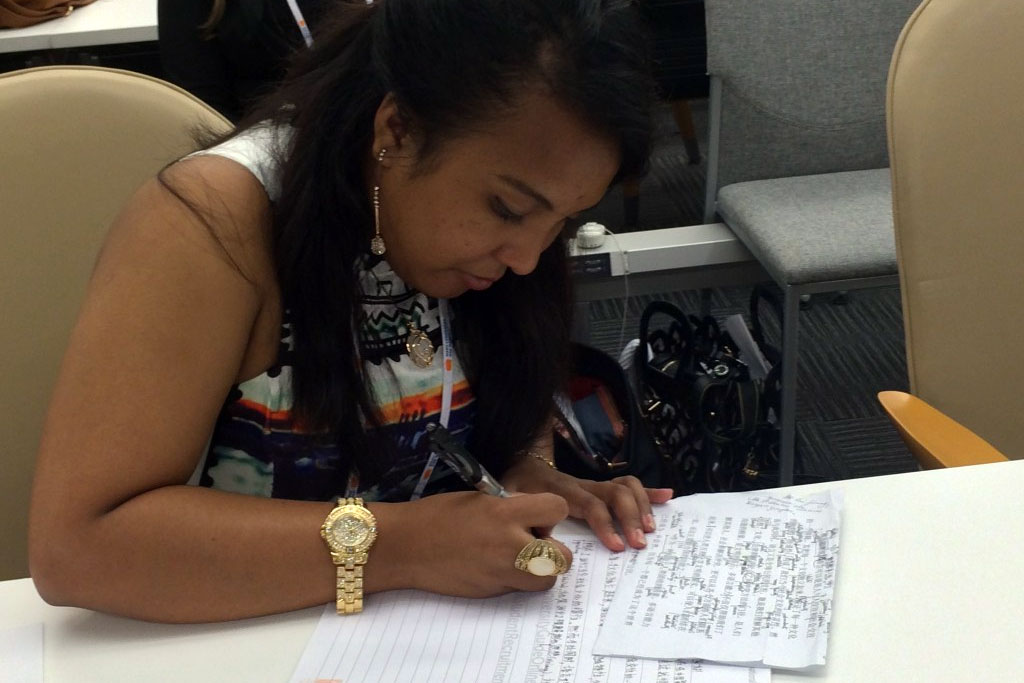 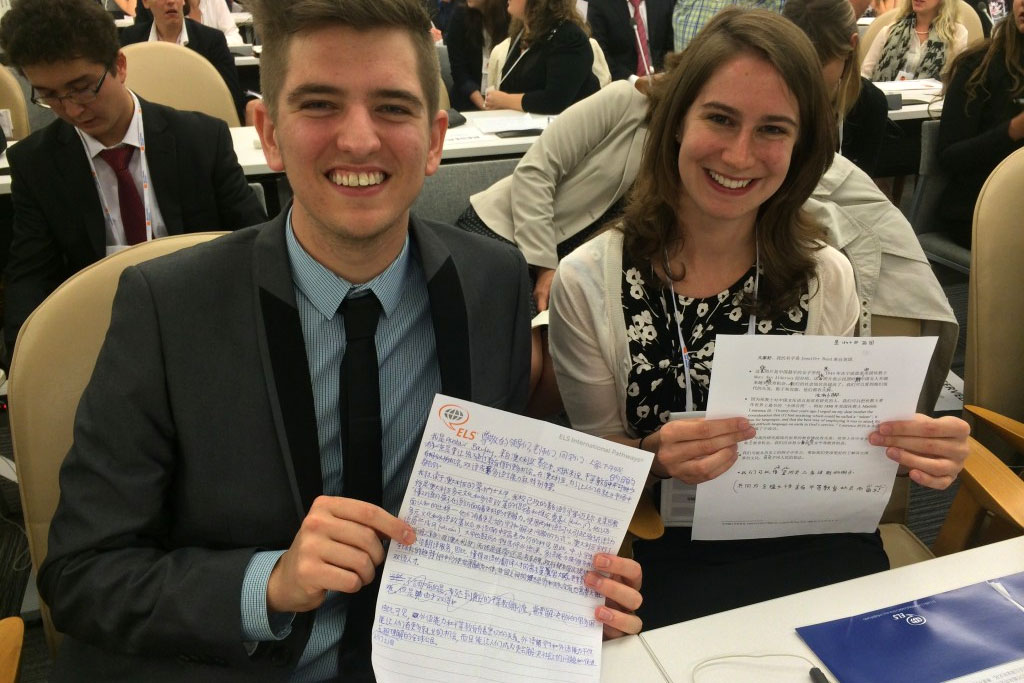 In her opinion, a person who can speak more than one language can have more fulfilling interactions and exchanges with people from different cultures. “Not only does multilingualism make people communicate better, it also helps bring something from your [experience] to share with others [so you are] not just stuck in one place,” she said.

Typically, a student who comes to China comes to learn Mandarin. However, Randriamanohisoamalala, who spoke Malagasy and French at home, picked up yet another language there: English. “When I’m in China, I have to use Chinese on a daily basis. But English is also commonly used on campus as the main language among foreign students.”

Karim Ibrahim, another contest winner, would certainly agree. Born in Portugal to an Egyptian father and mother of South-African and Portuguese descent, he was brought up in France, attended school exchange in Hong Kong, and now studies in London. Ibrahim’s life is full of multilingual and multicultural flavors.

“In today’s globalized world, being multilingual enables us to negotiate with our counterparts less judgmentally and more cooperatively,” said Ibrahim, underscoring that multilingualism helps overcome prejudice and xenophobia.

“My experience has taught me to lift myself up beyond national borders and to better understand other parts of the world,” he said proudly.

"Multilingualism does much more than merely allow us to communicate with each other,” said Peter Launsky-Tieffenthal, Under-Secretary-General for Communications and Public Information and Coordinator for Multilingualism at the UN, adding “it enriches our understanding of each other and the human experience.”

Chinese student Lin Zhao could not agree more. Lin did not choose Arabic when considering majors for university, but in her travels, she discovered she had an interest in both Arabic and Persian cultures and later decided to become a professor in Middle Eastern pre-modern history.

“Some people might think Islam is a strange religion [because] Muslims do not eat and drink during the day [during Ramadan],” said Lin. “But since I started learning Arabic, I now also have a better understanding of Islam. I found out that people fast because they want to know how poor people feel.” In her view, the more languages a person speaks, the more tolerance he or she will have for other cultures.

Mr. Launsky-Tieffenthal, an Austrian UN official who himself speaks English, French, German and Spanish, told the UN News Centre that he believes multilingualism “brings multiple perspectives to global issues and challenges. It preserves a diversity of languages and cultures. And it promotes unity in that diversity. In today's globalized world, multilingualism is more important than ever."

Today’s youth forum kicked off 16 months of planned events to commemorate the 70th anniversary of the United Nations. The world body’s Charter was signed in San Francisco on 26 June 1945 and came into force four months later, on 24 October.

United Nations Academic Impact, launched by the Secretary-General in 2010, is a global initiative that aligns institutions of higher learning and research with the UN in actively supporting 10 universally accepted principles, including in the areas of peace and security, human rights and sustainable development. It currently has more than 1,000 members in some 120 countries.

International Mother Language Day celebrates linguistic and cultural diversity alongside multilingualism as a force for peace and sustainable development, United Nations officials said today, marking the commemoration by calling on countries to promote and protect local languages, “which are keys to global citizenship and authentic mutual understanding.”