With 6.3 billion people expected to live in urban areas by 2050, the United Nations Economic and Social Council (ECOSOC) today kicked off a three-day event to look at challenges and opportunities for the sustainable future of cities.

Sustainable urbanization is the focus of the event, which is the first-ever meeting of ECOSOC’s integration segment – a new annual segment on the economic, social and environmental pillars of sustainable development.

“The decision to focus on sustainable urbanization for the first session of the segment was sensible and timely in view of the growing impact of urbanization trends on sustainable development; and in view of the growing importance of cities in delivering practical results to reduce poverty, protect the natural environment and improve disaster reduction and resilience,” said ECOSOC Vice-President Vladimir Drobnjak.

“Urban areas are at the heart of many great challenges, opportunities and promise,” Secretary-General Ban Ki-moon told the gathering. “People move to cities for jobs and other opportunities. But too many cities face challenges, including weak infrastructure, unemployment and pollution. Climate change is increasing risks in all cities, where the poorest people are hit the hardest.”

He noted plans and policies must consider the people that they affect. This means that urban transport policies should focus on the safety of women, access for the disabled, and meeting the needs of all vulnerable people; that efforts to encourage business activity should also promote corporate responsibility; and that the capacity of governments should be strengthened to plan, construct and manage urban areas.

Isabelle F. Picco, Vice-President of the General Assembly, said that with the right policies and approaches, urbanization can be a “transformative force” that helps address some of the world’s major challenges, such as poverty, unemployment and climate change.

“We must harness the creative energies and resources of cities. For they will be the fertile ground where our global sustainable development efforts take root,” she added.

The President of Rwanda, the Vice-President of Colombia, and the mayors of Istanbul, Kingston, Johannesburg, Paris and Victoria, amongst other cities, are among the participants at the event being held at UN Headquarters, as well as former Mayor of New York City and UN Special Envoy for Cities and Climate Change Michael Bloomberg. 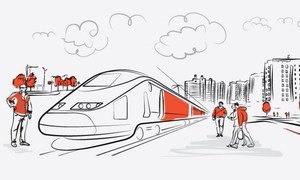 How countries plan, build and manage their cities today will determine the outcome of global efforts to achieve a sustainable future, a panel of United Nations and civil society experts said today, calling on the international community to “get cities right” so the impacts of rapid urbanization can be better managed and sustainable development for all can be achieved.