A group of United Nations independent human rights experts today called on the Vietnamese Government to “intervene urgently” in a case of forced eviction of the last remaining residents of Con Dau, a small village located on the outskirts of Da Nang city in the centre of the country.

“This appears to be a clear case of land grabbing for the benefit of private entrepreneurs and at the expense of local communities,” said Raquel Rolnik, the UN Special Rapporteur on the right to housing.

According to a news release from the Office of the UN High Commissioner for Human Rights (OHCHR), in 2007, the local government of Da Nang city decided to expropriate the residential and farming land of Con Dau village, for the purpose of leasing it to a private eco-resort company called Sunland.

Last year, hundreds of residents, who were opposed to the project, were forced to move out and some even watched as their homes were demolished.

OHCHR further said that land use rights are now reportedly being sold by lots to private individuals and that on 7 March, the local Da Nang government gave the remaining hundred or so households a deadline of 15 April 2014 to give up their land and move out.

Meanwhile however, the compulsory demolition of homes is continuing, and it is feared that even before the deadline elapse, all houses will have been destroyed, OHCHR notes. “Since about one hundred families are still struggling to keep their homes, we are making this urgent call to the Central Government of Viet Nam to step in firmly,” Ms. Rolnik pleaded.

Special Rapporteur in the field of cultural rights Farida Shaheed, who recently visited Viet Nam, explained that the village of Con Dau was home to a small Catholic community and “was built by the work of many generations of residents, who shaped their culture through cultivating rice and church activities.”

Noting that the parish cemetery, a national culture heritage site, has been demolished and moved to a remote area, she added: “Such acts are seriously disrupting the cultural and religious life of the community, and should immediately be ceased.”

Earlier last week, Heiner Bielefeldt, Special Rapporteur on freedom of religion or belief, and Rita Izsák tasked with minority issues, both joined an urgent appeal to the Vietnamese Government to put an end to this ongoing case of forced eviction. 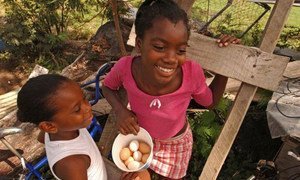