The four men are accused of “corruptly influencing witnesses before the ICC and presenting evidence that they knew to be false or forged,” according to a news release from The Hague-based Court.

It is alleged that the suspects were part of a network for the purposes of presenting false or forged documents and bribing certain persons to give false testimony in the case against Mr. Bemba, whose trial started in November 2010.

The four men, arrested today and yesterday following a warrant issued on 20 November by Judge Cuno Tarfusser, include Mr. Bemba's Lead Counsel Aimé Kilolo Musamba taken into custody by Belgian authorities, and Jean-Jacques Mangenda Kabongo, a member of Mr Bemba's defence team and case manager, who was arrested in the Netherlands.

The two other men are Fidèle Babala Wandu, a member of the Democratic Republic of the Congo (DRC) Parliament and Deputy Secretary General of the Mouvement pour la Libération du Congo - who was taken into custody in the DRC - and Narcisse Arido, a Defence witness, who was arrested by French authorities.

“On behalf of the Court, the Registrar of the ICC, Herman von Hebel, expressed his gratitude to the States' authorities for their cooperation,” the ICC said, adding that these are the first arrests made in relation to such charges before the Court.

Mr. Bemba is the alleged President and Commander-in-Chief of the Mouvement de libération du Congo being tried for two counts of crimes against humanity (rape and murder) and three counts of war crimes (rape, murder and pillaging) allegedly committed in the Central African Republic (CAR). 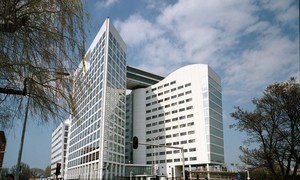 Despite collective efforts, much remains to be done towards universal ratification of the Rome Statute, the treaty that established the International Criminal Court (ICC), United Nations Secretary-General Ban Ki-moon today said encouraging Member States to ratify or accede to it.