ICC-CPI/Max Koot
The International Criminal Court (ICC) in The Hague.

20 November 2013
Despite collective efforts, much remains to be done towards universal ratification of the Rome Statute, the treaty that established the International Criminal Court (ICC), United Nations Secretary-General Ban Ki-moon today said encouraging Member States to ratify or accede to it.

“I am convinced that the solution of broadening the reach of the Court is not disengagement, but universality,” Mr. Ban told the 12th session of the Assembly of States Parties of the ICC in a message delivered by Miguel de Serpa Soares, UN Legal Counsel and Under-Secretary-General.

Of the 139 States that signed the ICC’s founding treaty, 31 have yet to ratify it and 43 States have neither signed nor acceded to it.

“Only once the Rome Statute has been universally accepted can the Court be as effective as we would wish it to be, with a truly global reach,” he said in the message.

Beyond the lack of universality, the ICC also faces other challenges, including a struggle for necessary resources and staffing shortages.

The Court also has difficulties bringing the accused to judgment and delivering justice to the victims without undue delay, the UN chief noted in his message.

“It faces the fundamental challenge of upholding the core principles of justice, equality and the rule of law: that the law applies equally to all,” Mr. Ban’s said, adding that the law must also be delivered independently, impartially and in conformity with international human rights law and standards.

Just as importantly, the law must be seen as being so delivered, Mr. Ban highlighted.

“At this difficult moment, we must remain steadfast and ensure that we are on the right side of history,” the Secretary-General said, stressing that as uncomfortable as it might be, “we must address our challenges head on” by encouraging dialogue and remaining true to the principles of the statute. “This Assembly is the best forum for this dialogue.”

Support for ending impunity for international crimes must grow – ICC 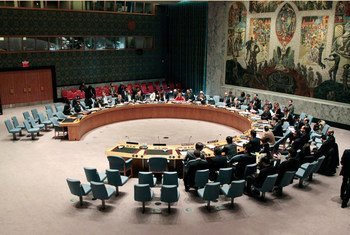 15 November 2013
A resolution before the United Nations Security Council on the deferral of the International Criminal Court (ICC) trials of Kenya’s President and his deputy failed to pass when it was put to the vote today.