UN Photo/Eskinder Debebe
Secretary-General Ban Ki-moon tours the roof of UN City in Copenhagen, Denmark, which has been outfitted with wind turbines and solar panels.

“Promoting energy efficiency will realize massive new investment opportunities in developing and developed countries,” Mr. Ban said at the launch of the Sustainable Energy for All – Efficiency Hub at UN City in the Danish capital of Copenhagen.

The Hub, placed in “the most energy efficient UN building in the world,” according to the UN chief, will combine the efforts of Governments, development banks, the private sector and civil society to dramatically increase energy access, energy efficiency and the use of renewables by 2030.

Opening the Hub, Mr. Ban said that access by all to clean, efficient energy would be critical in promoting sustainable development while, at the same time, reducing humankind’s emissions footprint.

“I expect this hub, supported by the UN Environment Programme (UNEP), to stand at the centre of our efforts to double the global rate of energy efficiency over the next 17 years,” said Mr. Ban.

The Hub is central to Mr. Ban’s Sustainable Energy for All initiative, launched in September 2011, which aims to achieve three inter-linked global targets by 2030: universal access to modern energy services; the doubling of energy efficiency; and the doubling of the share of renewable energy in the world’s energy mix. 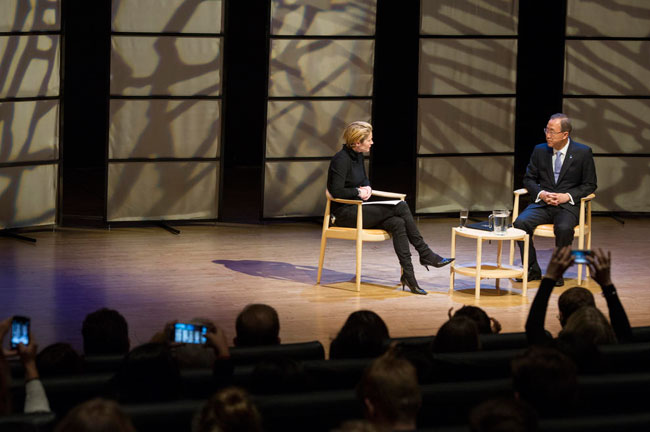 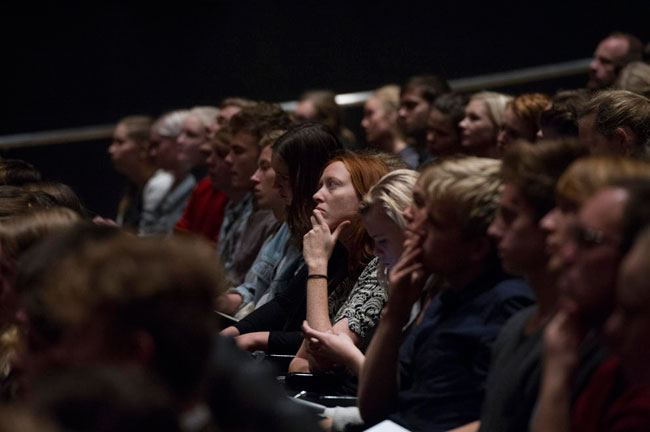 Universitystudents at the town hall meeting at the Danish Royal Library in Copenhagen where Secretary-General Ban Ki-moon addressed them. UN Photo/Eskinder Debebe 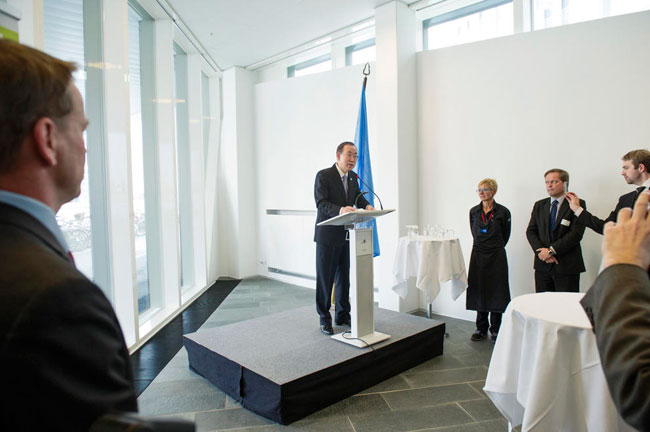 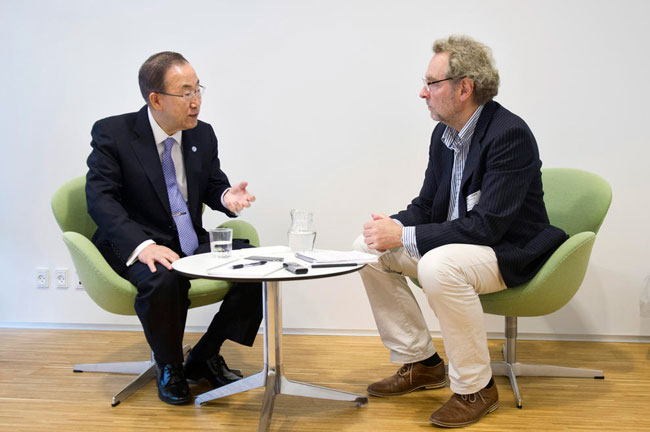 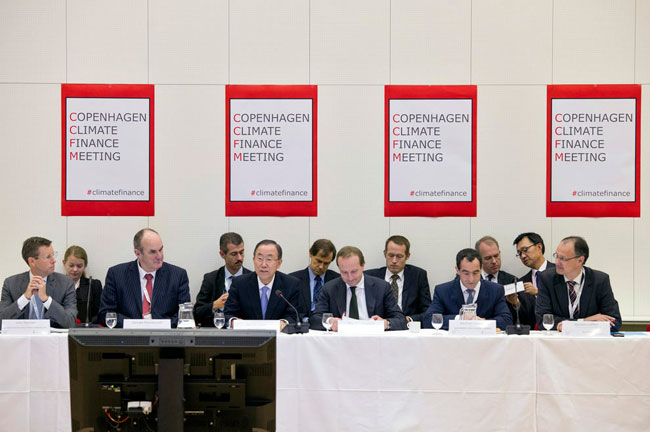 Secretary-General Ban Ki-moon addresses the opening of the Copenhagen Climate Finance Meeting. To his right is Martin Lidegaard, Minister for Climate, Energy and Building of Denmark. UN Photo/Eskinder Debebe 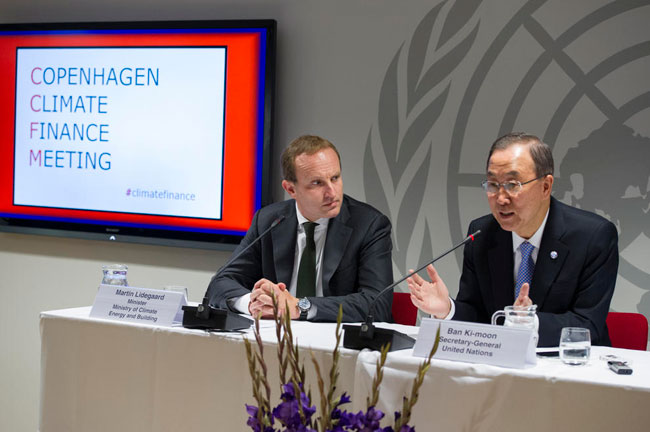 “Energy efficiency is a win-win for the people and the planet,” he noted on the second day of his two-day visit to Denmark.

Earlier in the day, Mr. Ban spoke to a meeting on climate finance convened by the Danish Government.

“Climate finance is an investment in the future and must not be taken hostage by short-term budget constraints or profit considerations,” he told an audience that also included private sector actors.

“Private investment is essential to meet the growing demand for energy in the developing world,” said Mr. Ban. “We need in particular to win over institutional investors that collectively manage more than 70 trillion dollars of assets.”

The bulk of these investments are high-carbon assets, he noted, adding that less than one per cent of pension fund assets are invested in sustainable infrastructure projects.

“These investors have the power – and I believe the responsibility – to do their part in transforming the global economy and setting us on a safer path,” the top UN official stressed.

Speaking to journalists after bilateral discussions with Danish Minister for Climate, Energy and Building, Martin Lidegaard, Mr. Ban added that strengthening and expanding the UN partnership network will be the key successfully addressing climate change.

During his visit to Copenhagen, the UN chief has met with leaders of pension funds and insurance companies, which he described as “very positive.”

“They were very positively inclined to fully commit themselves and engage themselves in working together with the international community, and the United Nations in particular, in this process,” he noted.

Mr. Ban admitted, however, that mobilizing $100 billion a year for climate finance by 2020 and every year thereafter will be a “huge challenge” but “I do not think it is sort of a miracle or something impossible.”

“This is why I am asking first public funds, second, private financing,” he said.

Mr. Ban has proposed convening a Climate Summit at UN Headquarters in New York next September to bring together Government, business, finance and civil society leaders from around the world to tackle climate change and give equal balance to the three dimensions of sustainable development – economic, social and environmental.

The urgency to tackle climate change has been reenergized amidst the 1,000 days of action to achieve the global anti-poverty targets known as the Millennium Development Goals (MDGs) by the 2015 deadline. World leaders have also agreed on 2015 as the year for establishing a new sustainable development framework and reaching an agreement on climate change. 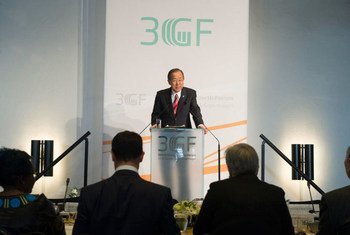 22 October 2013
United Nations Secretary-General Ban Ki-moon today called for a clean energy transformation to help put the world on a more sustainable path, stressing that this will require innovation, investment and collaboration by all partners.