2 October 2013
Some 59 States took part in the annual United Nations Treaty Event which gives countries the opportunity to sign or become party to treaties on critical issues such as human rights, disarmament and the environment on the margins of the General Assembly’s high-level debate.

Some 59 States took part in the annual United Nations Treaty Event which gives countries the opportunity to sign or become party to treaties on critical issues such as human rights, disarmament and the environment on the margins of the General Assembly’s high-level debate.

“We are very pleased with the treaty actions taken over the five days,” said Miguel Serpa Soares, Under-Secretary-General for Legal Affairs and UN Legal Counsel. “The actions reflect a clear commitment on behalf of States to advancing the universal application of internationally agreed-upon norms and standards.”

During the course of the event, which took place from 24 to 26 September and from 30 September to 1 October, 59 States took 113 treaty actions.

This year, much of the attention was focused on the Arms Trade Treaty, which was signed by 27 countries – including the United States – and ratified by three during the event, bringing the total number of signatures to 113 and the total number of parties to seven.

“It is of particular significance that the largest arms-exporting country in the world, the United States, is now also among those countries who have committed themselves to a global regulation of the arms trade,” a spokesperson for Secretary-General Ban Ki-moon said in response to US Secretary of State John Kerry signing the treaty.

The Convention on the Rights of the Child and its Optional Protocols were also under the spotlight, with Russian Foreign Minister Sergey Lavrov depositing his country’s ratification of the Optional Protocol on the Sale of Children, Child Prostitution and Child Pornography on the first day of the event.

“The Government of the Russian Federation is to be congratulated for the expression of its commitment to protect children from violence and prevent their exploitation as victims of sale, prostitution or pornography,” said Marta Santos Pais, the Special Representative of the Secretary-General on Violence against Children.

The Convention is a universally agreed set of non-negotiable standards and obligations, providing protection and support for the rights of children. The other two Optional Protocols deal, respectively, with prohibiting the recruitment of children in armed conflict, and allowing children to bring forward their complaints to the UN if their rights are being abused.

The latter was signed by Benin, Côte d’Ivoire, Ghana, Guinea-Bissau and Seychelles, and ratified by Montenegro and Portugal.

The Convention on the Rights of Persons with Disabilities – the first international agreement requiring Governments around the world to uphold the rights of children and adults with disabilities, adopted in 2006 – was ratified by Papua New Guinea and Venezuela, and signed by Bahamas and Guinea-Bissau.

In addition, the Protocol to Eliminate Illicit Trade in Tobacco Products received 11 signatures, pushing to 34 the number of signatories since its adoption in Seoul, Republic of Korea, in November 2012.

The 1996 Comprehensive Nuclear-Test-Ban Treaty also collected two ratifications during the event, by Iraq and Guinea-Bissau, bringing the total number of parties to 161. 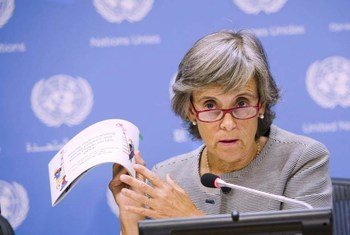 19 September 2013
United Nations officials today urged Member States that have not done so to ratify the Convention on the Rights of Child and its three Optional Protocols, stressing that this is vital to protect children from abuse and mistreatment worldwide.