Women play a vital role as countries recover from conflict and seek to build lasting peace, top United Nations official said today, stressing the need to ensure their full participation in the economic and political lives of their nations.

“Women play peacebuilding roles daily, somewhere in the world – negotiating and mitigating between belligerent parties, typically at the very local level… Sadly though, when negotiations turn serious, when the stakes get high and when money shows up, women are pushed into the background,” said Assistant Secretary-General for Peacebuilding Judy Cheng-Hopkins.

She was addressing a session on women’s economic empowerment for peacebuilding on the sidelines of the high-level debate of the 68th General Assembly underway at UN Headquarters in New York. Organized by the UN Peacebuilding Commission, under the chairmanship of Croatia, the ministerial event brought together senior government officials, as well as civil society and UN entities.

Recalling the recommendations in a report prepared on the subject, Ms. Cheng-Hopkins noted the importance of using temporary special measures, such as quotas, to boost women’s political participation. Among the suggestions had been to ensure 30 per cent of women in parliaments.

“It is believed that with 30 per cent of parliamentary seats held by women, there is a better chance of ensuring that legislation that favour women are passed,” said Ms. Cheng-Hopkins.

She noted the example of Rwanda, where following the implementation of similar legislation, women’s participation in parliament rose to 64 per cent.

“In a country where women hardly owned any land, today miraculously because of the enactment of women-friendly legislation, 11 per cent of the land is owned by women, 83 per cent is jointly owned by married couples and only 6 per cent by men only,” she said.

Meanwhile, in Burundi, where women constitute 30 per cent of the legislative seats, reforms of the penal code to include a definition of sexual violence have been passed.

The UN’s work in support of women in post-conflict countries is in line with Security Council resolution 1325. Adopted by the 15-member body in 2000, the resolution calls for action to reverse the egregious and inhumane treatment of women and girls during conflicts, the denial of their human rights and their exclusion from decision-making in situations of armed conflict, in peacemaking and peacebuilding. 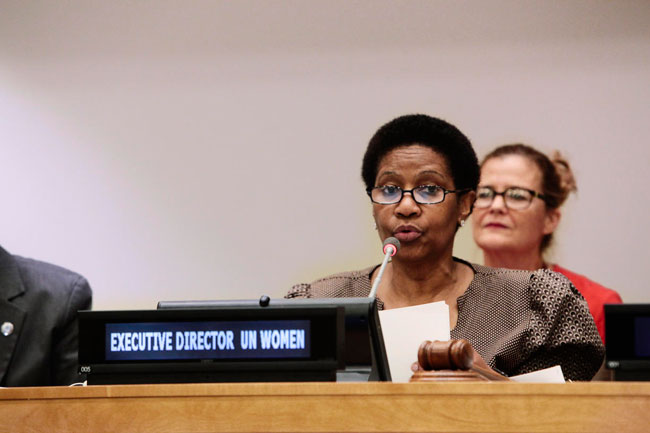 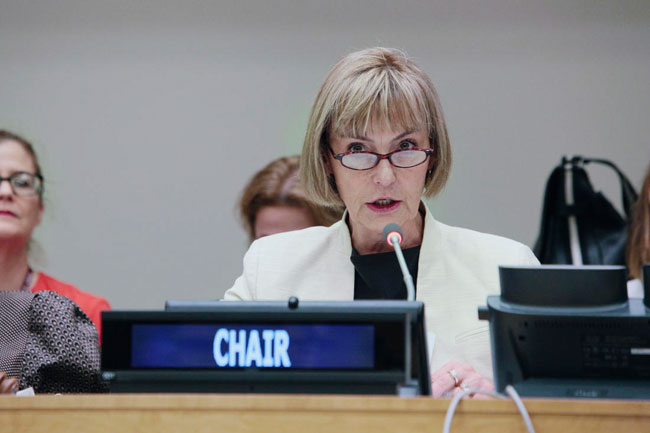 Phumzile Mlambo-Ngcuka, the Executive Director of the UN Entity for Gender Equality and Empowerment of Women (UN Women), stressed that the work of women is vital in recovery.

Recent research by UN Women and the UN Development Programme (UNDP) showed that economic recovery is one of the lowest performing sectors for women in post-conflict situations, she noted.

“By failing to invest in women, we undermine prospects for immediate family well-being and long-term peacebuilding,” said the Executive Director. “When women have a stable income, they are more able to take care of their families and participate in decision-making. When women are involved in public life, there are pay-offs that matter enormously to peacebuilding and to society in general.

Chairing the event, Vesna Pusiæ, First Deputy Prime Minister and Minister of Foreign and European Affairs of Croatia, said that the specific issue of women’s economic empowerment in conflict-affected situations is of particular importance not only because of its significant contribution to peacebuilding, but because it is a key component of realizing women’s equal rights. 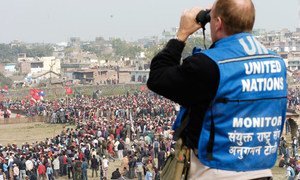 Political missions deployed in volatile environments around the world are making a proven difference in defusing tensions, bringing countries back from the brink of conflict and building sustainable peace, Secretary-General Ban Ki-moon said in a comprehensive new report out today tracing the history and evolution of these missions and urging strong support to ensure their effectiveness.