18 September 2013
Political missions deployed in volatile environments around the world are making a proven difference in defusing tensions, bringing countries back from the brink of conflict and building sustainable peace, Secretary-General Ban Ki-moon said in a comprehensive new report out today tracing the history and evolution of these missions and urging strong support to ensure their effectiveness.

“Special political missions have become an indispensable instrument for the maintenance of international peace and security. They are also the most visible manifestations of the Secretary-General’s good offices,” Mr. Ban wrote in his first thematic report on political missions to the 193-member General Assembly.

The UN currently has 37 special political missions, ranging from field-based offices in Africa, the Middle East and Central Asia, to travelling envoys working to mediate political agreements, to expert groups focused on monitoring sanctions of the Security Council.

In describing the changing role of UN political missions through several decades, the report notes examples of accomplishments in helping UN member states “though historic times of change”: supporting decolonization and independence process in Africa and Asia; assisting Central America in ending its civil wars in the 1990s, facilitating the Bonn Agreement in Afghanistan in 2001, and aiding Nepal in its transition to peace and democracy. 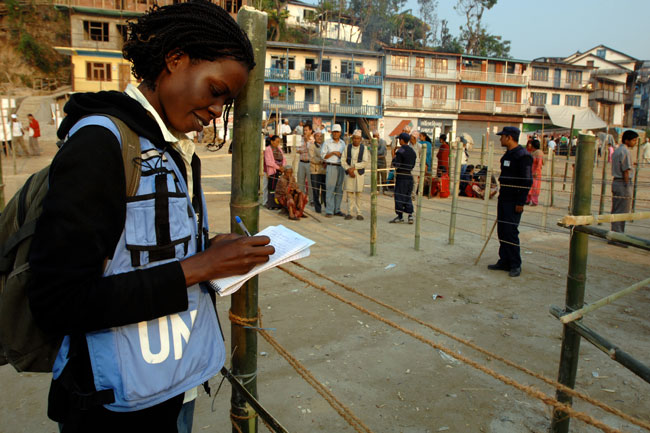 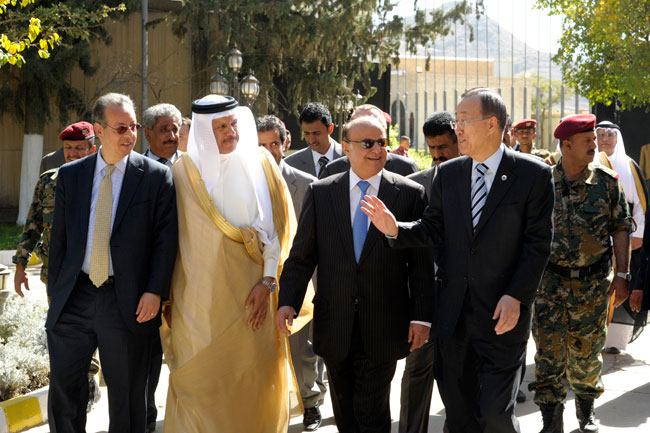 The Secretary-General meets with the President of Yemen, the Secretary-General of the Cooperation Council for the Arab States of the Gulf, and the UN envoy for Yemen while visiting the country in 2011 for the anniversary of the peace and transition agreement. UN Photo/Evan Schneider 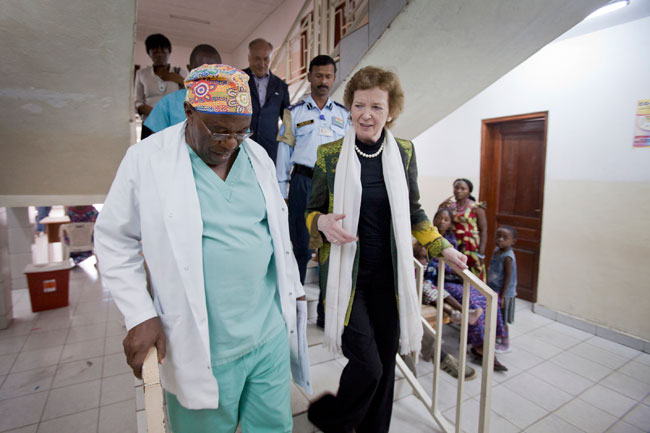 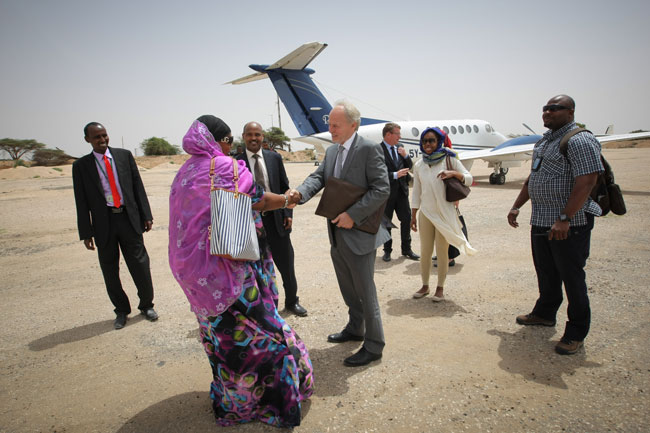 The head of the UN Political Mission in Somalia visiting Hargeisa, the capital of the self-declared Republic of Somaliland. AU-UN IST Photo/Stuart Price 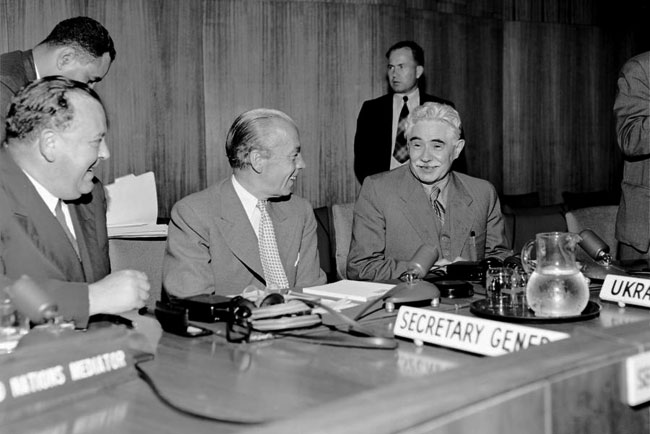 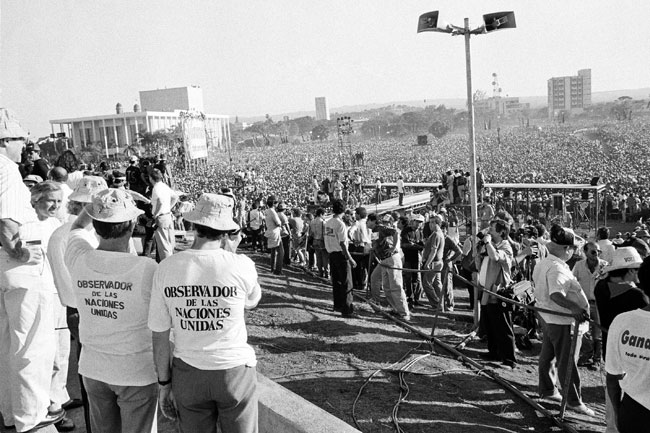 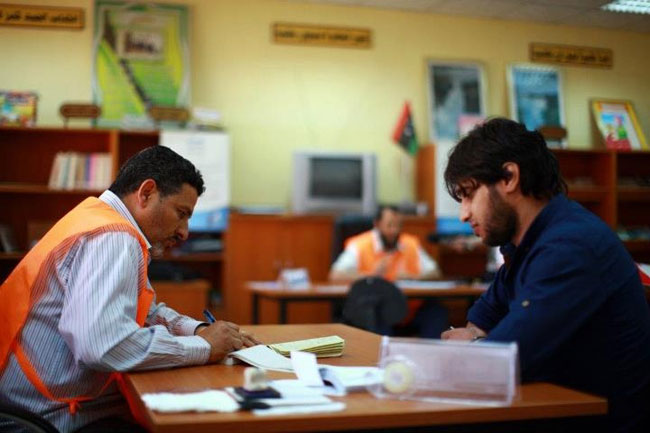 Voter registration during Libya's historic 2012 elections, carried out with the assistance of the United Nations Support Mission in Libya. Photo: UNSMIL

More recently, a political mission known by the acronym UNSMIL, established in Libya in 2011, helped that country hold the first elections in almost 50 years. The newest of all field-based missions, UNSOM, established in Somalia in 2013, is supporting that country as it works to build on political and security progress that mark its “most hopeful chapter in a generation,” the report states.

Furthermore, in Yemen, a special envoy facilitated negotiations leading to the signature in 2011 of a roadmap for transition, and is today supporting its implementation. The Secretary-General’s recently-appointed Special Envoy to the Great Lakes Region is supporting the implementation of an ambitious 11-nation agreement for peace in the eastern Democratic Republic of Congo (DRC).

In challenging environments, as the report notes, success depends frequently on the commitment of the parties to a peace process, the existence of political space in which to operate and a minimum standard of security.

In Syria, for example, it notes the lack of international, regional and domestic consensus that so far have impeded Joint Special Envoy Lakhdar Brahimi’s efforts to negotiate a political solution despite increasing evidence that there is no such thing as a military solution to the conflict.

The report stresses that working closely with national counterparts to promote national ownership is critical to the effectiveness of special political missions – whether mandated by the Security Council, as 33 are, or by the General Assembly.

In Libya, UNSMIL was established at the request of Libyan authorities for an initial three months, then its role was reviewed by the transitional authorities, civil society and the UN to create a mandate and structure that made sense for the country’s needs.

Meanwhile, the peacebuilding missions in Burundi, Central African Republic (CAR), Guinea Bissau and Sierra Leone are in an evolving institutional partnership with the Peacebuilding Commission to build international support for their objectives and mobilize financial resources to implement their agendas.

Given the breadth and complexity of what special missions are being asked to deliver, strong Member State support remains a critical ingredient of their effectiveness.

Among its other keys to the effectiveness of special political missions, the report stresses the critical role of partnerships with regional and sub-regional organizations.

“Regional organizations, due to their proximity to the situation on the ground and strong networks with national stakeholders, have legitimacy and influence,” the report notes.

It credits the recently established UN Office to the African Union (UNOAU) with more effective coordination of UN-AU responses to issues of common interest, including through the holding of periodic meetings between Security Council members and the AU Peace and Security Council.

Strengthening these partnerships is a key priority of the UN, Mr. Ban writes, and a key concern of his Special Representatives on the ground.

In all, today, there are 15 field-based missions deployed around the world - a significant increase in numbers from the three that were operational in 1993.

The main roles of such missions have also expanded from primarily reporting and monitoring events on the ground, to multidimensional operations combining political tasks with work in human rights, rule of law, and sexual violence in conflict, among others. According to the report, mandates for each mission have gone from an average of two thematic areas in 1995 to 3.5 by 2000 to roughly six by 2013.

In Iraq, for example, the UN mission there (UNAMI) is engaged is matters as diverse as the ongoing relocation of residents from Camp Ashraf, the provision of technical assistance to the organization of the 2013 provincial and local elections, the mobilization of humanitarian aid for Syrian refugees, the establishment of the Iraqi Human Rights Commission, and used its good offices role to assist Iraqi-Kuwaiti relations, among other responsibilities.

Since the adoption of Security Council resolution 1325 in 2000 on women in peace and security, an increasing number of special political missions have been involved in efforts to promote women’s participation in conflict resolution and peace processes, and to incorporate a gender perspective in their overall peacebuilding work

Political missions, the report notes, are deployed as temporary presences, with exit strategies. A political mission with an office in the country in which it works or a regional office has an average duration of just under six years, according to the report.

The UN chief’s report concludes with a pledge of continued dialogue with UN member states about the work of political missions and a call for support to guarantee the effectiveness of an instrument whose positive track record in addressing conflict “speaks for itself.”

“Given the breadth and complexity of what special missions are being asked to deliver, strong Member State support remains a critical ingredient of their effectiveness,” Mr. Ban stresses. 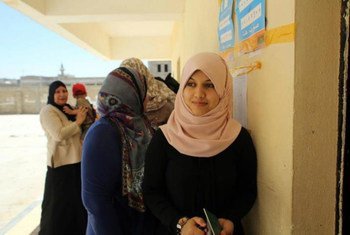 15 September 2013
This year's International Day of Democracy falls amid volatile political transitions in several countries, prolonged economic crisis, and dramatic demographic and social change, United Nations Secretary-General Ban Ki-moon said today, stressing that such events all underscore the need to strengthen people's voices in how they are governed — an imperative that lies at the heart of democracy.