Presenting Secretary-General Ban Ki-moon’s latest report, his special representative for Kosovo, Farid Zarif, told the Security Council via videoconference that implementation of the historic 19 April Agreement and each of its elements is a “delicate process that demands sustained efforts and focus”.

“It is essential for the parties to keep their focus on the implementation of what has been agreed, without introducing additional fundamental issues which are, at present, outside of the political dialogue,” added Mr. Zarif, who is also the head of the UN Interim Administration Mission in Kosovo (UNMIK).

Among the provisions in the Agreement, brokered in Brussels by the European Union High Representative for Foreign Affairs and Security Policy, Catherine Ashton, is an agreement to hold local elections this year in municipalities of northern Kosovo with the facilitation of the Organization for Security and Co-operation in Europe (OSCE).

While registration of political entities for the polls has begun, full participation in the elections must be encouraged, he stressed.

Sustained efforts to improve confidence and promote progress in inter-community reconciliation were also vital for the Agreement’s success, he said. That was a shared responsibility of political leaders at all levels, and required continued global support.

Implementation of the Agreement’s provision in northern Kosovo remains a “key challenge,” according to the report. He noted that Belgrade’s engagement with the Kosovo Serbs remains important and should be supplements by Pristina’s outreach and assurances to the local population.

“It is important that the local Kosovo Serbs see themselves as stakeholders in the process,” Mr. Ban wrote in the report.

He also stressed the key role played by the international presences in Kosovo to continue to enhance mutual cooperation in order to set the stage for the Agreement’s implementation.

Kosovo declared independence from Serbia in February 2008 following years of ethnic tensions, but Serbia has not recognized the declaration. The EU has since been facilitating dialogue between the parties on a range of practical matters.

In his video address, Mr. Zarif noted that little progress has been made in recent months to determine the fate of people missing since the conflict. The EU Rule of Law Mission (EULEX) was prepared to conduct new investigations, but greater political will was needed so that more information was brought forward. 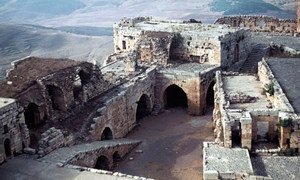