30 July 2013
The United Nations refugee agency has welcomed the ruling of the High Court of Kenya which upholds the asylum right of refugees living in urban areas, and expressed hope that the Government will implement the decision quickly and resume legal services to this vulnerable group.

The decision, reached on 26 July, relates to the “Petition number 19 of 2013” in which refugees challenged a directive issued by the Government of Kenya in December last year to transfer refugees from urban areas to the refugee camps at Dadaab and Kakuma.

“The High Court ruled against the directive which had particularly dire consequences for the protection and well-being of refugee communities in Nairobi and other cities in the country,” said Fatoumata Lejeune-Kaba, the spokesperson for the UN High Commissioner for Refugees (UNHCR).

Ms. Lejeune-Kaba told reporters in Geneva that as a result of the directive, Somali refugees and asylum-seekers began to report increased police harassment, detention and extortion mainly in Nairobi.

“Many of them could not move about freely and fear of such treatment led hundreds of Somali refugees to return to Somalia or move to neighbouring countries,” she said.

As of December, there were a total of 51,000 mainly Somalia urban refugees in Kenya, which hosts a total of some 600,000 refugees.

“Most of the refugees living in urban areas have developed coping mechanisms, and so do rely on humanitarian assistance,” said Ms. Lejeune-Kaba. “There are also large numbers of refugee children attending schools in urban areas whose education would have been compromised had the relocation order been carried out.”

In keeping with its mandate, UNHCR appeared in the petition as a “friend of the Court” or “Amicus Curiae” and provided advice on the applicable international refugee and human rights laws.

The agency said it hopes the Government will implement this important constitutional decision and move fast to resume legal services that were suspended pending the court process.

These include the registration and issuance of documents to refugees and asylum-seekers, which are essential for their freedom of movement, access to social and community benefits, as well as their protection against arbitrary arrest.

“UNHCR believes that this court decision is important for the jurisprudence on refugees’ rights not only in Kenya but also around the world,” Ms. Lejeune-Kaba stated. 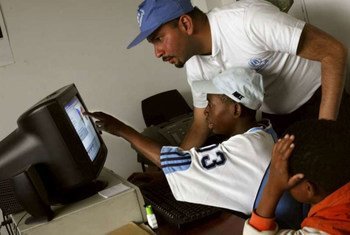